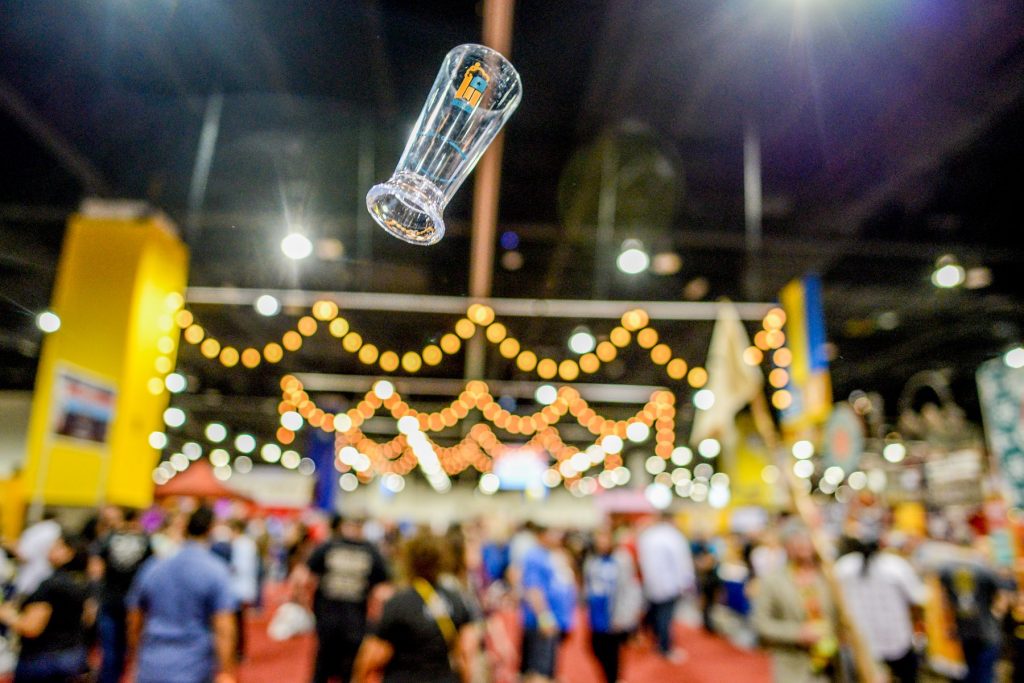 What’s happening, craft beer lovers of RVA?! Welcome to this week’s RVA On Tap, RVA Magazine’s weekly craft beer column for all your craft beer-related events, releases, festivals, and all the brews your hearts desire.

I’m Caley, and I’m your new go-to for booze news at RVA Magazine (and local beer enthusiast). You can usually find me on a porch with a 12-pack of PBR, but as our latest RVA On Tap columnist, I’m here to be your Resident Beer Fairy — so drop me a line anytime. Cheers!

If you missed last week’s RVA On Tap, you can check that out here. Our kegs are overflowing with news this week, from beer releases to festivals, events, and other cool happenings around town. Hold on to your mugs, y’all.

Last week, we checked out the best new fall brews, including Intermission Beer Company’s All Hallows Ale, Isley’s Marshmallow Brown Ale, Midnight Brewery’s Mitternacht Oktoberfest, and Vasen’s Festbier dropping around Virginia. RVA’s keeping it spooky this week with more seasonal releases, and plenty of pumpkin for all our #PSL fanatics out there. We see you, and we aren’t judging (too much, at least).

A big congratulations is in order to several Virginia breweries for their medal-winning beers in the Great American Beer Festival, which went down over the weekend in Denver, CO.

Statewide winners include Richmond’s Hardywood and Ardent, Rocket Frog Brewing Co. from Reston, Gordon Biersch in McLean, Lost Rhino in Ashburn, the Sweetwater Tavern in Centreville, and Big Ugly Brewing Co. in Chesapeake. All of these stellar brewers won awards from around the state, putting the Commonwealth on the map once again for its alcohol enthusiasts, which may or may not be a good thing. We’re pretty stoked to keep up that reputation either way.

Not without a bit of favoritism, El Duderino from Center of the Universe is first on our list for new drafts out this week. Your author is biased from a lifetime of drinking mudslides, so this stout wraps up all of our (my) Western dreams in one creamy, mellow brew. Eight different malts and whole vanilla beans come out midnight black, with a tan, pillowy head to top off this chocolate espresso beer. It’s a White Russian disguised with a beer label, and we’re gonna be on this one well into the winter. Come out to try it at the Ashland brewery this Sunday the 29th and check out their 13 beers on tap.

This week around town, more seasonal draft releases start with Hardywood’s Rum Barrel Pumpkin. The flavors in this one are begging to be enjoyed around a fire pit, so grab a few friends and some firewood for us to try it out. The nostalgic autumn brew is full of fall spices with soul-warming blackstrap molasses. According to the brewers, it’s aged over several months in Caribbean spiced rum barrels with brown sugar and spiced rum notes. The 10.5% beer will be kicked off on Saturday, October 6th at Hardywood’s Richmond location, featuring free live music from Deau Eyes, The Head, and Landon Elliott.

Up next is Lickinghole Creek Craft Brewery’s fifth birthday celebration this Saturday at 12PM. The countryside brewery in Goochland is celebrating five years at The Farm, with their fall harvest of sunflowers blooming and live music all day. They’ll be releasing their Communist-dictator referencing Supreme Leader and Eternal President beers in a family-friendly anniversary fest. Come out to see Bill Roberts and The Oak Crest Boys accompanied by the Woodheads Grill and Firesides food trucks for a full-on farm fest, in true Virginian fashion.

The land is also home to a gorgeous array of sunflowers, and occasionally hosts All-You-Can-Pick Sunflower Weekends — so if you missed the recent festivals around the state, this is a great chance to see the yellow giants.

Fingers crossed for some chilly nights to try this coffee and chocolate Nightlands Imperial Stout from Triple Crossing. It looks like the cold weather is still holding off (boo) but we can’t wait to sweater up and sit outside with this one. It’s brewed with Colombian Coffee from Ironclad Coffee Roasters with a dark cocoa taste — and unlimited crowlers. Hallelujah! We’re gonna need it.

Coming up on Friday is a new Lodestar Double IPA from Final Gravity Brewing Co. The spacey draft brewed from Galaxy and Mosaic hops will have mostly fruity tastes like peach, citrus, and lemon. Join them at their spot on Lakeside Avenue this weekend at 11AM to give it a try and hang on to the summer a while longer.

Final Gravity is also part of this fall’s 3rd Annual Urban Farm Tour + Party, put on by Real Local RVA. The tour features four urban farms around the city, introducing our residents to the urban agriculture farmers right here in our own neighborhoods. It starts at the Lakeside Farmer’s Market on Saturday at noon, and showcases the missions our local farmers have behind growing their food. Grab your tickets on the event page here, and hold your excuses for ticket prices, because they’re 25 percent off with the code RVA25. See ya there!

In case you can’t fit all your booze events into one week (unlike me), head over to Strangeways any day between now and Halloween to celebrate Oktoberfest. Technically, Oktoberfest runs up on the 6th, but this brewery is keeping it going ‘til November comes with giant keepsake steins and cheap beer. They’re running deals on craft brews all month, and we’ll keep you posted on more news to come like in-house features and specials from your favorite food trucks.

That’s it for this week’s RVA On Tap! As your new weekly columnist, I’m here to take all your beer releases, event info, ideas and questions. If you’re a brewer, send me your release info at [email protected], and if you’re a beer enthusiast, shoot over a message anytime to talk booze. Catch y’all next week!