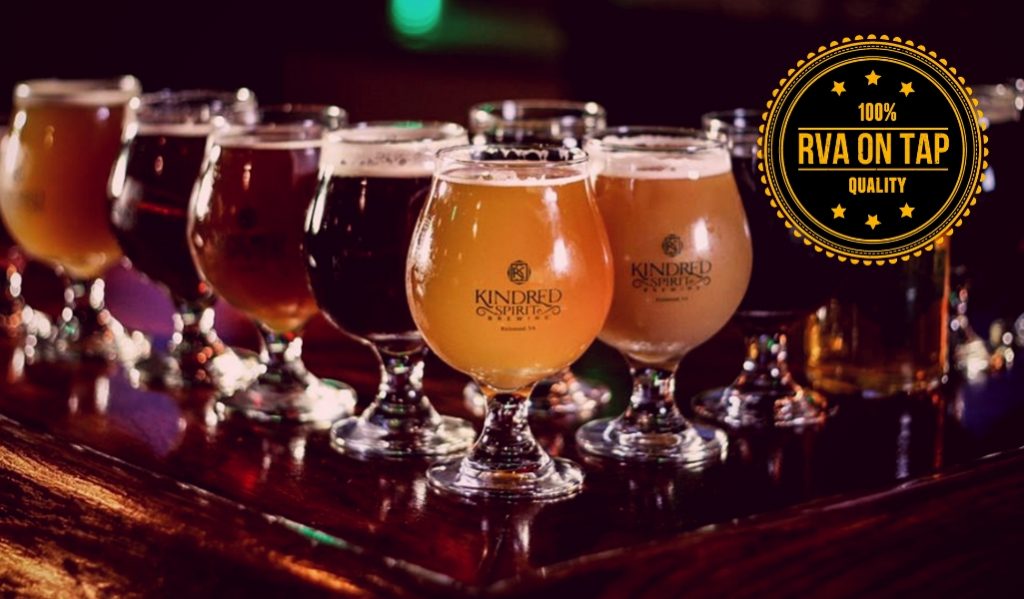 If you missed last week’s column, you can check that out here. Our kegs are overflowing with news this week, from beer releases to festivals, events, and other cool happenings around town — so hold on to your mugs!

Last time we caught up was on Halloween, and even though it’s only been a few days, the holiday season is already upon us (apparently). I’m not ready to let go of fall anytime soon, but three cheers for holiday beers! At least the year’s best month coming to an end means its best eats are on their way.

In new-brew-news, Midnight Brewery skipped Thanksgiving and went straight to the big one: Christmas At Midnight returns this Saturday, ringing in the season at their Rockville spot. The English mild ale is packed with winter’s best Christmas spices, and tastes a lot like “a liquid Snickerdoodle in a cup.”

Getting so bored in the woods that you start throwing axes at stumps: few things are so unapologetically southern. This rural tradition is one of the South’s best, in my humble opinion — and if you’re looking to try your hand at it, head out to Midnight Brewery tonight in Goochland to jump in on their axe-throwing night. It’s harder than it looks.

The event is 21+, which is probably a good thing, as long as you get your slinging-heavy-weapons fix in before your beers. Halloween might be over, but the scare of axes rebounding at crowds post-beer is very real in these games (been there, trust).

I hit up Hardywood again this week and fell for White Out all over again, but the new-news from the brewery is their Bourbon and Port Barrel Gingerbread Stout release this Saturday.

Gingerbread Stout is “freagin’ Christmas in a bottle,” according to BeerAdvocate. The imperial milk stout is drool-worthy like several of last week’s brews, and it’s made with vanilla beans, cinnamon, fresh Casselmonte Farm baby ginger, and Bearer Farms wildflower honey. Mmmmmm. This one matures in Virginia bourbon barrels with oak, caramel, and bourbon undertones, for a rich, chocolately stout that “warms the palate and the soul.” I….need it.

The stout is available aged in bourbon or port barrels, and available at both locations. If you’re looking to hit the downtown spot on Friday, you can also check out their #freshcanfriday release of Citraweisse, a Hefeweizen ale dry-hopped with Citra hops.

Calling all gamers: The Answer Brewpub gets it. Chasing Rings dropped this Sunday, and the 90’s-Sonic homage features “Golden Promise in the grain bill” for deep, golden-ring hues. Its Supersonic amounts (nice) of tropical aromas are made to burst out of the excessively dry-hopped pour, according to its brewers. The Answer is famous for its glasses, and this is one worth getting: especially with this 100% Mosaic DIPA from one of Richmond’s favorite spots to fill it.

Speaking of games, Final Gravity Brewing Co. is bringing back their game-themed Asteroids double IPA this week. On Friday, swing by Lakeside to give it a try for the release. This one will “send you into hyperspace,” with a triple-hit of hops and crowlers for the high score. Its Columbus, Mosaic, and Citra hops are full of stone fruits, florals, and citrus tones to bring this IPA full-circle (and full-flavor). Yum!

Over at Ardent, Dark Rye is returning tomorrow. The American imperial stout is 9.8%, and balances its rye spiciness with roasted notes for a deep black stout with a long-lasting tan head. It’s full bodied with a chocolatey finish, and you can try it out with a side (or three) of Continental Divide tacos in Ardent’s beer garden during the release. Reviewers have noted this one is “pretty dang black” with a nice, subtle aroma of malt, chocolate, hops, and rye — and a hint of licorice and espresso. Dark Rye is on draft and comes in 4-packs of bottles, so you can drink it as you please.

Lickinghole Creek Craft Brewery has been working on their Juicy IPA series for a while now, and this Friday marks number 7 in the bunch. Something Loyal is their newest addition on the farm, with a Huell-Melon hop profile. The release is this Friday, with the Sandtopia food truck to accompany the new brew. Past releases include Something Better, Something Royal, Something Sneaky and more, and tasters have sung the praises of most beers in this series.

If you’re down with The Answer Brewpub’s Chasing Rings gamer-beer, but you didn’t master Sonic in the 90’s, Intermission Beer Co.’s got you covered. The Glen Allen Brewery has board games every Sunday now for us analog-gamers (I’m right there with you), and you can bring your own game or try something new when you get there. No friends needed: Intermission will provide them. Or bring your own of those, too. It’s fine either way. Old friends are the best friends, but new friends also rule. You can never have too many!

Also at Intermission this Friday is Stitch & Bitch, in case you need to vent about your life and want to get creative with it. Every two weeks, you can bring your projects and your woes for Hooks & Hops at the brewery along with your appetite for some delicious beer. Between board games, crafting, and trivia, Intermission is killing it at the fun-game lately.

Along with Gourd of Thunder came Crystalis at Strangeways Brewing Co., and a big congrats to their Fredericksburg head brewer, Brian, because it’s his first official personalized release. This classic American IPA is packed with citrus, pine, dank earth, and subtle floral notes to pull it together with a spicy, earthy flavor. Crystalis is primarily hopped with Columbus, and has supporting tones from Citra and Centennial hops as well. The 7.2% IPA is great for anytime — so drink up!

Strangeways also has a few exciting events coming up next week, so stay tuned for our next go-around for some awesome news.

For everyone feeling generous (btw it’s the holidays, so you should be), head to Kindred Spirit and join in on their goal: to feed 300+ families this year for Thanksgiving. The West End spot is partnering up with Goochland Cares this year to do their part, and it’s a great way to do yours, too. There are plenty of ways to get involved in the Richmond community with so many locals involved, and Kindred Spirit wants to make it easy (and tasty).