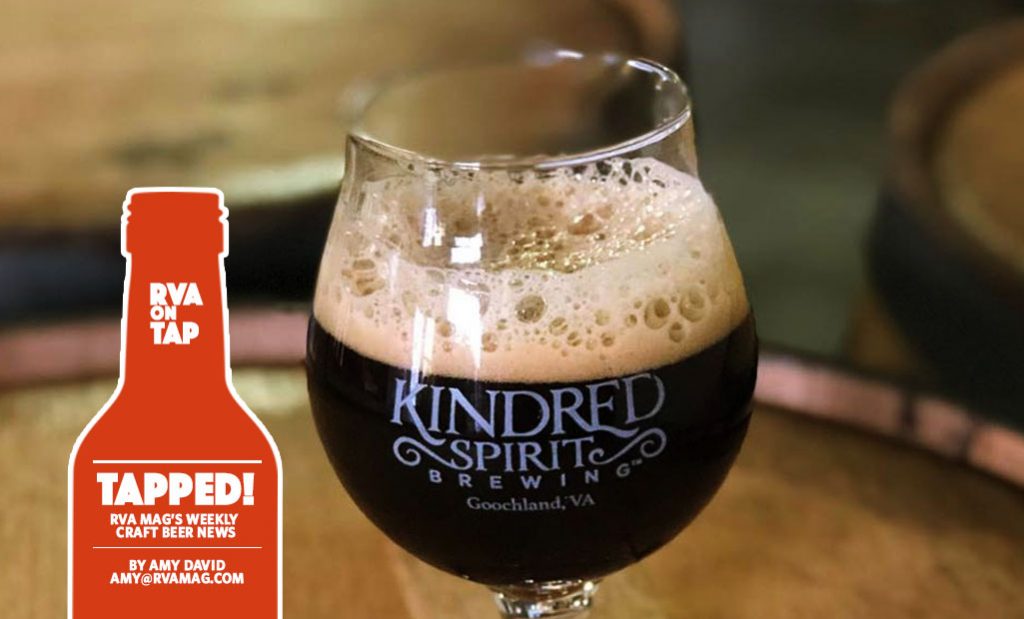 Fine Creek Brewing Co. in Powhatan will have a bottle release on Saturday of Sour Red Ale – Aged in Red Wine Barrels. The brewery will have music Saturday from Cook County Bluegrass, and Sunday from Ron Gentry. Fine Creek will also have five new beers in the taproom including a pre-prohibition era Kentucky Common Ale, a Hoppy Pilsner, Daffodil Daydream – White IPA, Tractor Juice – Belgian DIPA, and a limited run of the Red Wine Barrel Aged Sour Red Ale.

Strangeways Brewing will release its latest installment of their annual Legalize It IPA series, Legalize It Doc’s Choice New England IPA.  The name is in honor of recent VA legislation effectively making medicinal marijuana legal. They will be tapping the beer at 4:20 pm on 4/20 (Friday) in both of their tasting rooms as well as the following local restaurants: Capital Ale House Midlothian, Capital Ale House Innsbrook, Capital Ale House Downtown, and Southern Railway Taphouse. 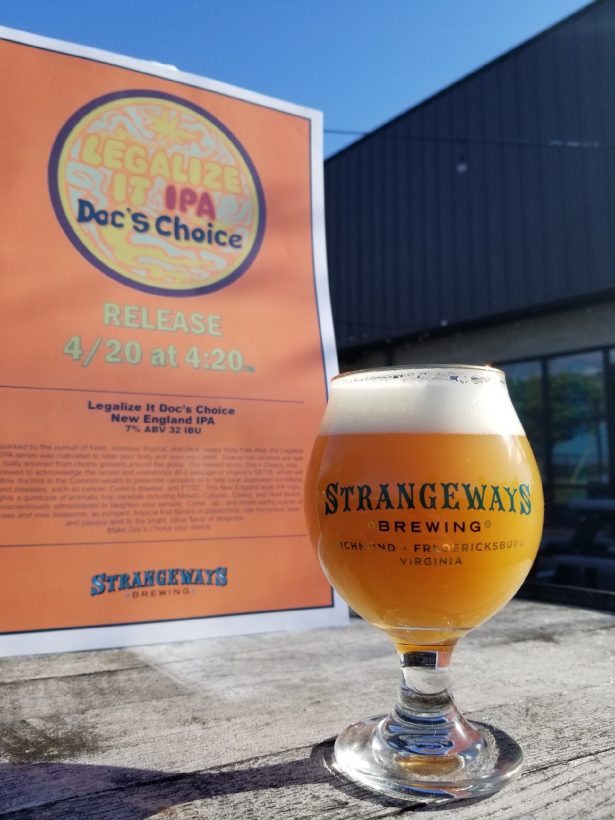 Strangeways is also releasing Midnight in Her Eyes Coconut Sweet Stout which was brewed with oats, lactose, and coconut with layers of flavors of coffee, roasted malt, shredded coconut, and chocolate. The brewer will also have Smashburg, a Centennial SMASH Pale Ale featuring a single malt and single hop. A session-able beer at 5.3% with malt sweetness and lemon.

Kindred Spirit Brewing in Goochland has two new beers for you to try out. First up, the North by North West, a classic west coast style IPA.

Their other beer, Bourbon Barrel Aged Smells Like Fan Spirit, was brewed in collaboration with Fans of Virginia Craft Breweries back in December 2017. It’s an 8.7% ABV, Almond Baltic Porter, with bold milk chocolate, almond, vanilla, and oak flavor with notes of bourbon and toffee.

After their morning cleanup on the James, Vasen Brewing is celebrating with the release of a Norse Pale Ale.

On Friday, Center of the Universe will release its Chameleon IPA Blue brew. Come help them celebrate the release of this mouthwatering India Pale Ale.Freekin’ Rican – Puerto Rican Food Carts & Catering will be on site with food and Mark ShoDj Turner will be hosting COTU Karaoke Friday 4/20 from 6-9pm!

Canon & Draw Brewing Company in the Fan has recently released Sole Accomplice, a single hopped DIPA. The beer is brewed with 100% Mosaic hops with tangerine and grapefruit flavors intermingled with a hint of sweetness from mango and berries.

This Friday, tickets for Stone Brewing’s 2nd Annual Stone’s Throw Down in RVA will go on sale.  Kenneka Cook and Big Mama Shakes have been announced so far, and the brewery will release the full lineup of performers that will be taking the stage on September 8 on Friday. Plus, starting at 5 pm, the first 50 fans to visit the Stone Company Store – Richmond are to receive one free ticket!

This weekend, Buskey Cider will celebrate its 2nd Birthday, and they are celebrating with three days of food, music, and cider. Tickets will be sold at the door for $6, and you can use them on food or alcohol. The cider is tapping 3 new lines of perry, a new premium product of Buskey made with pear juice, crafted from local Asian pears from Silver Creek and Seamans’ Orchard in Nelson County, VA.

Blue Bee Cider will celebrate their five-year anniversary on Fri., April 20 with a vertical tasting of all five vintages of Aragon 1904. Owner Courtney Mailey will guide the tasting, which will be accompanied by hors d’oeuvres, door prizes, and a raffle. The tasting will take place at 6:30 p.m. Tickets: $15/each. Due to limited supply, this tasting will be capped at 25 seats.

On Friday, Final Gravity brings back Ill Technique – a hazy, fresh 8% DIPA brewed with Jarrylo and Citra hops – a mash-up of hard-core citrus mixed with the subtle smoothness of spice and pear.

RVA Three Notch’d RVA Collab House returns this Thursday with its weekly collaboration. This week, its “Paddy G’s”, an Irish Cream Stout made in partnership with Chris Galiffa; the owner of Daddy G’s Salsa. Pint specials run till 7 PM. Stick around for trivia which starts at 7pm. Daddy G’s salsas will also be served up with the beer!

Glen Allen’s Intermission Beer Company has a few brews back in its taproom including Milk Stout and Guava Pale Ale. Go give ’em a try!