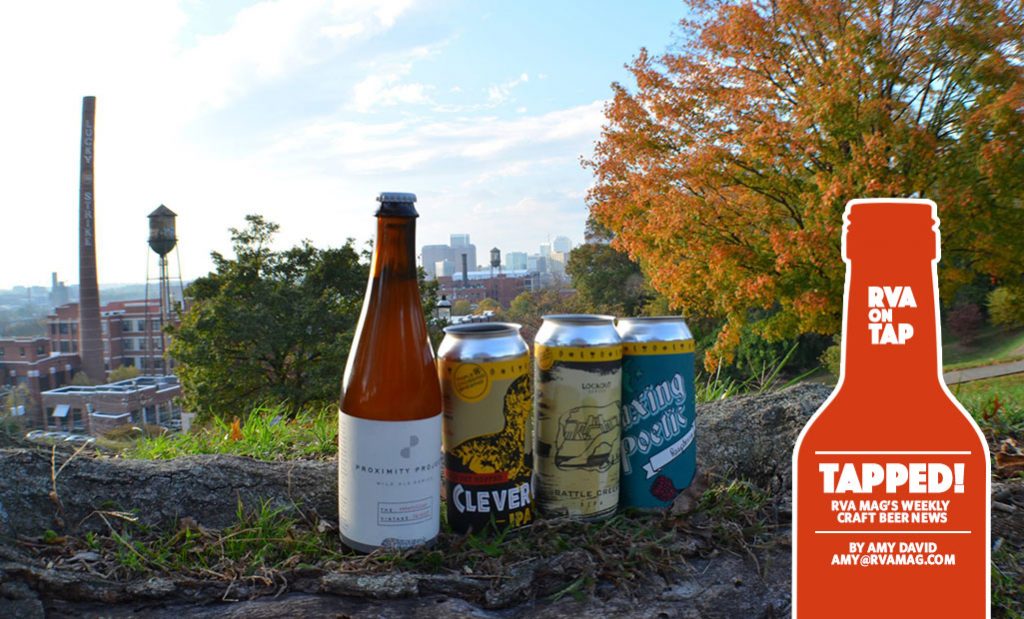 The biggest news comes from Triple Crossing this week. On Saturday, it will host the East Coast Covenant Beer Fest at their Fulton location. This festival will showcase 24 of some of the best breweries on the East Coast. Breweries will be spread out over the entire Fulton brewery for this event. The event is split into two 400 ticket sessions. Tickets are $75 each and can only be purchased online. A ticket will guarantee you one 4oz pour from each of the 24 breweries attending. Along with the ticket, you will receive a limited edition ECC glass and a custom can tote bag. On the day of the event, Triple Crossing will be releasing some of their limited edition cans and bottles. (More details below)

TRICKY GILBERT is back on the loose! Inspired by an old story documented by Richmond Times-Dispatch of an escaped circus lion in #ScottsAddition, Isley Brewing Company will release its 2017 Black DIPA, “Tricky Gilbert” on Saturday. Clocking in at 8% ABV, this American style Double IPA was brewed with ridiculous additions of juicy hops. They will also be raising money for Aid Our Veterans, a 501(c) 3 non-profit organization working to help homeless and out of work veterans of our military service.

On Thursday, Three Notch’d Brewing RVA Collab House returns with its weekly collaboration. This time, its “Pay Day”, a rye pale ale, brewed with Scott’s Addition neighbors Dominion Payroll and sourced with 100% of the grain from Copper Fox Malt House.

Castleburg Brewing will release The Medieval Monkey, a German Weissbier with the typical banana aroma and flavor on Saturday. The brew is a collab with local homebrewer John Van Itallie.

Ardent Craft Ales has two big releases this Thursday. First up, the Dark Rye, an American imperial stout, deep black with a long-lasting tan head. Next, is their brand new Triple IPA, their biggest IPA yet! Brewed in the New England style, this hazy IPA was aggressively triple dry-hopped with Vic Secret, Loral, Citra, and Mosaic hops.

Fine Creek Brewing in Powhatan will release their new ‘Powhatan Mimosa’, a light saison with Citra hops and orange juice added in the fermenting process, which goes with their special Sunday Menu. They will be adding a few brunch items to our menu that day. One of which is Pumpkin French Toast with brandied whipped cream and a housemade syrup made from the beginning stages of Gabe’s Imperial Stout boiled down with sugar, cinnamon, and browned butter. Game Winner IPA is back on tap too.

Today, a special beer release & give back happy hour starting at 5:30pm will kick off at Väsen Brewing Company. Dale Smith, ASK Board Member, and Anne Waleski will be unveiling their special brew, “Give Cancer a Black Eye-PA” with all proceeds from its sale donated to ASK Childhood Cancer Foundation.

And on Tuesday, Vasen Brewing will host a beer dinner at Fat Dragon Chinese Kitchen & Bar. Join the brewery for a four-course dinner, with each course paired with a unique beer from Väsen, created by our Fat Dragon’s Chef Fai Zhao. $50 per person*
Email us at [email protected], call 804.354.9888, or ask any Fat Dragon team member to reserve your spot today! See menu details at the link above.

On Saturday, Buskey Cider will release its Tart Cherry cider in cans.

Also on Saturday, there will be a Richmond Cider Celebration held in Shockoe Bottom. Richmond kicks off Cider Week VA right! As the first event of this state-wide celebration, the Richmond Cider Celebration draws cideries and attendees from across Virginia. Dive into Virginia’s cider renaissance with Enrichmond Foundation and Virginia Cider for the 5th Annual Richmond Cider Celebration. Saturday, November 11th from 11am-4pm. Cider makers will deliver tastings, demos, and interactive workshops, exploring the classic Virginia apple from tree to crisp cider. This is a ticketed event. Admission includes 10 drink tickets (worth one 2oz pour each), a commemorative glass, and a wine tote. Workshop tickets are sold separately and can only be purchased by those also purchasing an admission ticket. Tickets are $30 in advance and $35 at the door.

Steam Bell Beer Works’ new signature line of small-batch craft sodas, Trussings Craft Fizz, has won the Virginia Living’s 2017 Made in Virginia Award for Midlothian, VA. The Chesterfield brewery has four different flavors (featured below) and be sure to head out there to give them a try while you’re sipping their craft beers. 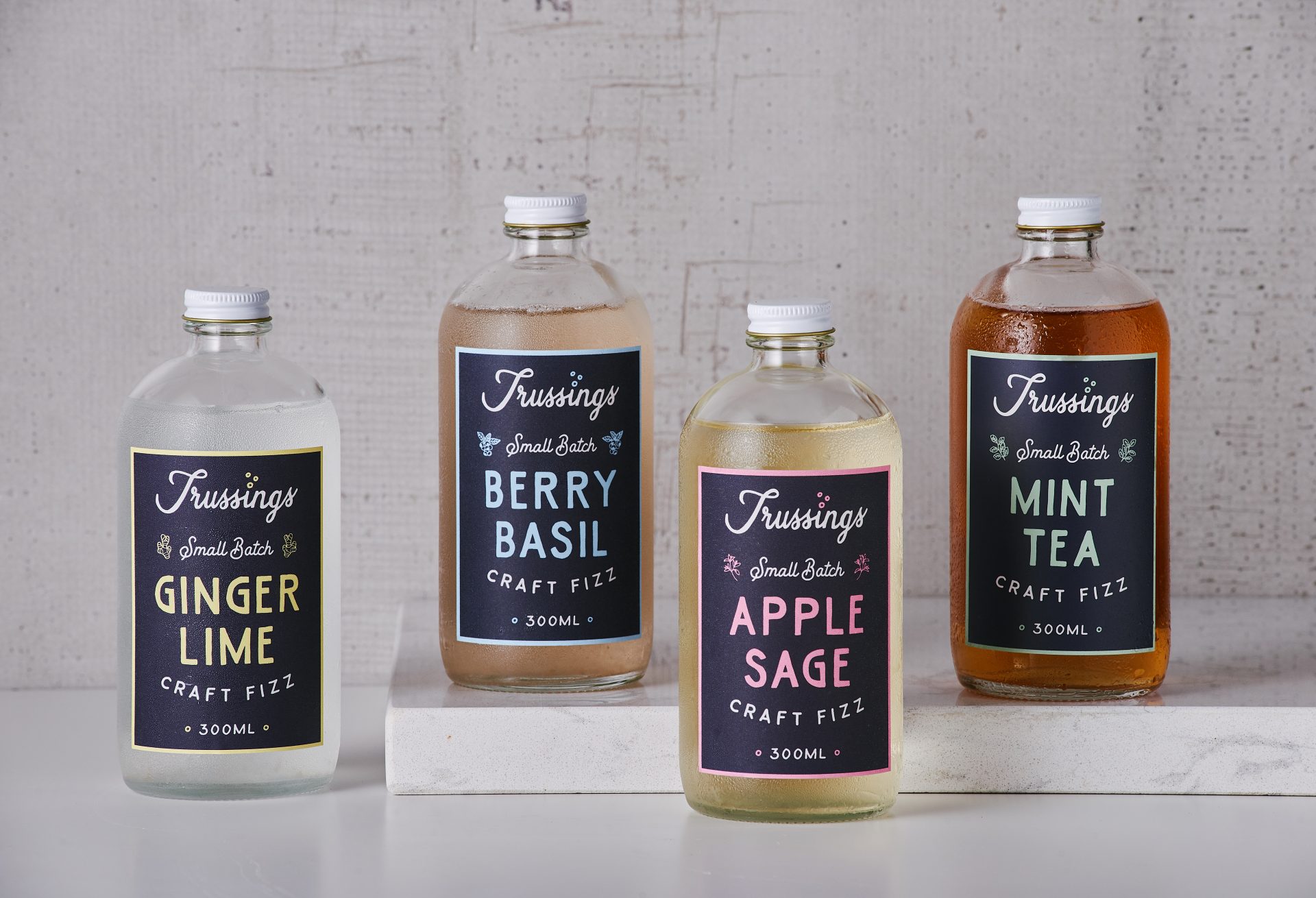 Hops in the Park, a harvest festival featuring Virginia craft beer, Virginia hops farmers, a Virginia farmers market, and of course, Virginia history kicks off this Saturday at Henricus Historical Park. Presented by Capital Ale House, attendees will enjoy 20+ Virginia craft breweries, meaderies, and cideries, a Virginia Grown Farmers Market, food vendors and live music. Beer tickets: $2 for a 4oz. tasting and $6 for a 12oz. pour. VIP tickets are $55 and get you access to the VIP space, private bathrooms, VIP parking, 6 beer tickets, and a buffet. Grab yours here. 12-6 pm.

This Saturday, The Dude is back and he’s ready to party! Pull out that bathrobe grandma gave you last Christmas and strut your stuff alongside other Lebowski lovers with Center of the Universe at their Bathrobe Bash and Concert at  Southern Railway Taphouse. The Royal We will be playing the entire soundtrack to The Big Lebowski while Belle Isle Moonshine Cold Pressed Moonshine White Russians and El Duderino flow from the bars.

And on Monday, Nov. 13, The Veil will host a Chef Spotlight Dinner  with Chef Lee Gregory and Chef Bobo Catoe of Southbound and The Roosevelt will be designing a 5-course menu that will be paired with five Veil beer.  Doors open at 6:30p and Dinner begins at 7:00p. Tickets $80.

Any submissions or ideas for Tapped can be emailed to Amy at [email protected] Cheers!