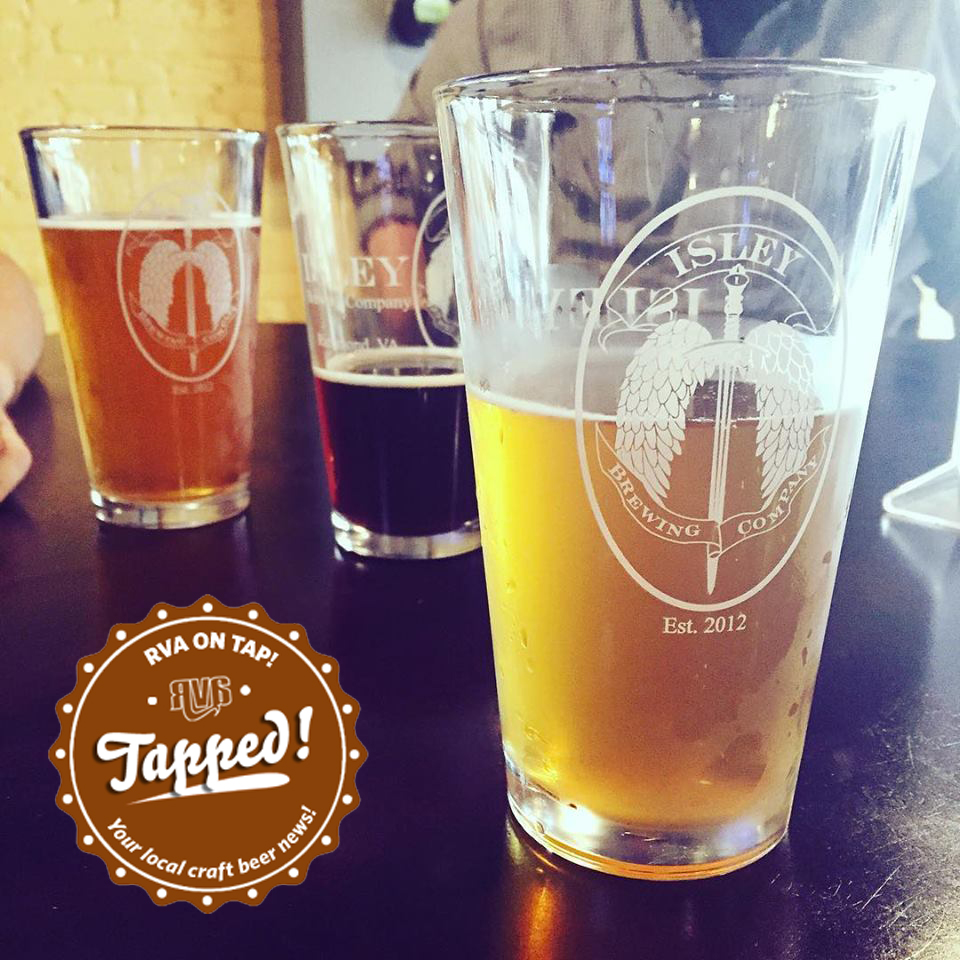 What’s happening craft beer lovers of RVA?! Welcome to this week’s “Tapped,” RVA Magazine’s go to weekly beer column where you can find all your craft beer events, releases, festivals and all the booze news your little hearts desire.

Now that we’re past the drinking to celebrate or forget Valentine’s Day, we can get back to drinking for well…basically any other reason.

There’s some tasty brews being released this week as well as some fun events you can drink at without the pressure of that “lovely” holiday.

Tonight is open mic at Isley Brewing, maybe if you drink enough of their signature peanut butter porter Choosy Mother you’ll get enough confidence to belt out a Britney Spears classic or two. Sign up for time slots is at 6 PM. Also at Isley, this Friday they will be having their weekly infusion, this time it’s Maple Jah’s Fire Smoked Barleywine. Sounds like a lot of flavor.

Tomorrow, Avery Brewing Co. from Colorado will take over the taps at Answer Brewpub. There will be over 13 brews on tap to whet your whistle, along side An’s usually batch of delicious brews.

The Answer Brewpub is also expanding according to the Richmond Times Dispatch. Owner An Bui recently leased a 4,000 square foot space that adjoins his brewery on West Broad to start brewing more beer. Read RTD’s interview with Bui here.

This Saturday Lickinghole Creek will release their Belgian Style Quadruple Ale, Redneck Wedding. The ale has been ruminating for 3 months in Kentucky Bourbon barrels. And to give it a personal touch, Lickinghole added their house Belgian yeast strain. It will be released Saturday at noon, and to quote the brewery, “bad decisions will ensue.”

Triple Crossing will rerelease their DIPA Nectar and Knife as well on Saturday. It is a dry and sweet hoppy brew with a nice balance of citrus and true beer flavors. Triple Crossing will also be holding their weekly “You Don’t Know Me!” concert series at their location tonight featuring the Afro Zen All Stars, starting at 7:30.

Triple Crossing is also making bigger moves than just releasing beer. They’re planning to open a second location in Fulton Hill sometime at the end of the this year or early 2017. It will have plenty of outdoor space, a beer garden and they will be brewing much more beer! Read more in our interview with them here.

Also on Saturday, Ardent Craft Ales is having IPA Aaaallll day from “sun up to sun down” with 10 IPAs on tap. Among the 10 will be DIPA and Elmira, two of Ardent’s highest rated brews.

Strangeways announced today that their triple IPA Wampus Cat will be returning on draft and in bottles on Feb. 27, so you’ve got that to look forward to next week.

This Saturday, Hardywood is gearing up for their double release of Walpurgisnacht & Bourbon Barleywine. The Walpurgisnacht welcomes spring with a traditional Maibock brewed with Pilsner, Munich, and Vienna malts that’s accentuated with a generous helping of beechwood-smoked malt, lending a mellow smokey character to this rich, deep-golden lagerThe barelywine is a British style that’s aged in bourbon barrels.

A New Home For Jamaica House

Since 1994, Jamaica House has been serving authentic Jamaican food to all of Richmond. Now they've moved from its old spot to a new space... READ MORE

A New Home For Jamaica House

Since 1994, Jamaica House has been serving authentic Jamaican food to all of Richmond. Now they've moved from its old spot to a new space... READ MORE