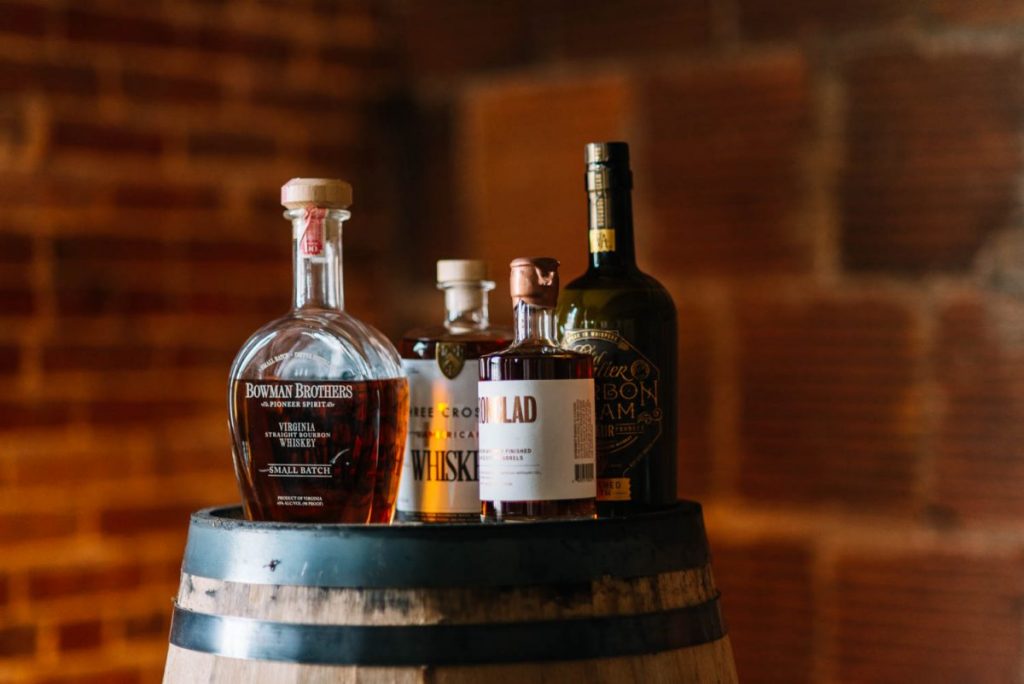 Since 2016, the Virginia ABC has celebrated September as Virginia Spirits Month. This year, they’re stepping up their campaign to bring some of the recognition that usually goes to neighboring states to Virginia’s liquor distillers.

Though other states in the South such as Kentucky and Tennessee are more well-known than Virginia for their production of spirits like Bourbon and Whiskey, the first place in America where distilled alcoholic drinks were produced was Virginia.

Virginia ABC has only been recognizing the month of September as Virginia Spirits Month since 2016, but the history of distilling liquor in Virginia dates all the way back to four hundred years ago, when English settlers from the Jamestown colony began distilling whiskey from corn. Since then, Virginia has been known as the birthplace of American Spirits, and despite COVID-19, ABC and distilleries around the commonwealth are celebrating 400 years of Virginia spirits with a variety of special events and promotions.

The earliest record of whiskey distillation in Virginia comes from December 1620, when English colonist George Thorpe wrote to John Smyth to tell him he had “found a way to make some good drink of Indian corn … [even better than] good strong English beer.” In the 1780s, George Washington owned the United States’ largest rye whiskey distillery in Mount Vernon, and Bourbon County, Kentucky — the birthplace of bourbon — was a part of Virginia until the Louisiana Purchase in 1803. Today, there are 73 licensed distilleries in Virginia, and the commonwealth’s spirits industry generates around $1.3 billion per year.

Dave Cuttino, one of the founders of Reservoir Distillery in Richmond, got his training at a bourbon distillery in New York, before coming to Richmond in 2008. “I think there were five distilleries in Virginia at that point in time,” Cuttino said. Since then, the amount of distilling taking place in Virginia has grown significantly.

For Virginia Spirits Month this year, Reservoir is doing several special limited releases, including Gray Ghost, Holland’s Ghost, and what Cuttino calls a Hazmat bottle, which is over 140 proof. They’re also reducing their delivery fees to $5 for all orders this month. Reservoir’s deliveries are usually very expensive, and have only been possible this year because of COVID-19.

“Virginia ABC and the special session of the assembly allowed us to do direct-to-consumer sales,” Cuttino said. “So I wish to say we made that happen, but this is at the pleasure of Virginia ABC that we’re allowed to do that.”

Like many distilleries across the county, Reservoir spent much of the spring and summer making hand sanitizer.

“My brother’s an E.R. doctor, so I was acutely aware of what the problem was as it was unfolding, and that there was a shortage of not just hand sanitizer, but all P.P.E.” Cuttino said. “I knew that we could make hand sanitizer, and so we started off by making some and then offering it for free at our roller door to first responders, medical professionals, police, and also the public.”

In the spring, as the volume of hand sanitizer made in distilleries began to increase, the Alcohol and Tobacco Tax and Trade of the FDA loosened restrictions on the production of hand sanitizer, which is regulated by the FDA as an over the counter drug, so that it could be manufactured legally by distilleries and other unlicensed producers.

“If you make hand sanitizer, you have to have a special license from the FDA to do that,” Cuttino said. “The FDA knew that there was a need and that distillers, by all intents and purposes, make drinkable hand sanitizer. So they said ‘We’re going to give you guys special powers to do this.’”

The formula used by Reservoir, which comes from the World Health Organization and consists of 190 proof ethanol, glycerin, and peroxide, is industrial strength.

“This is not your Purell that you walk into CVS and buy.” said Leslie Grimes, a media spokesperson for Reservoir. From March to August Reservoir made nearly 100 thousand gallons of hand sanitizer.

Since Virginia Spirits Month first started in 2016, sales of Virginia spirits in the month of September has increased by 134 percent. Given COVID-19, distilleries around the commonwealth won’t be able to do in-person events, but according to Amy Ciarametaro, Executive Director of the Virginia Distillers Association, the adjustment has gone phenomenally well so far.

“Unfortunately, this is the world we live in right now, where everything has to become virtual, and so that does limit the depth of different types of events we can do,” said Ciarametaro. “But for this year, a lot of folks are going to do educational events online, whether it’s tasting with Virginia distilleries, how to cocktail tutorials, or tours of the distilleries via virtual videos.”

A Fresh Take on Frozen Food

A Fresh Take on Frozen Food