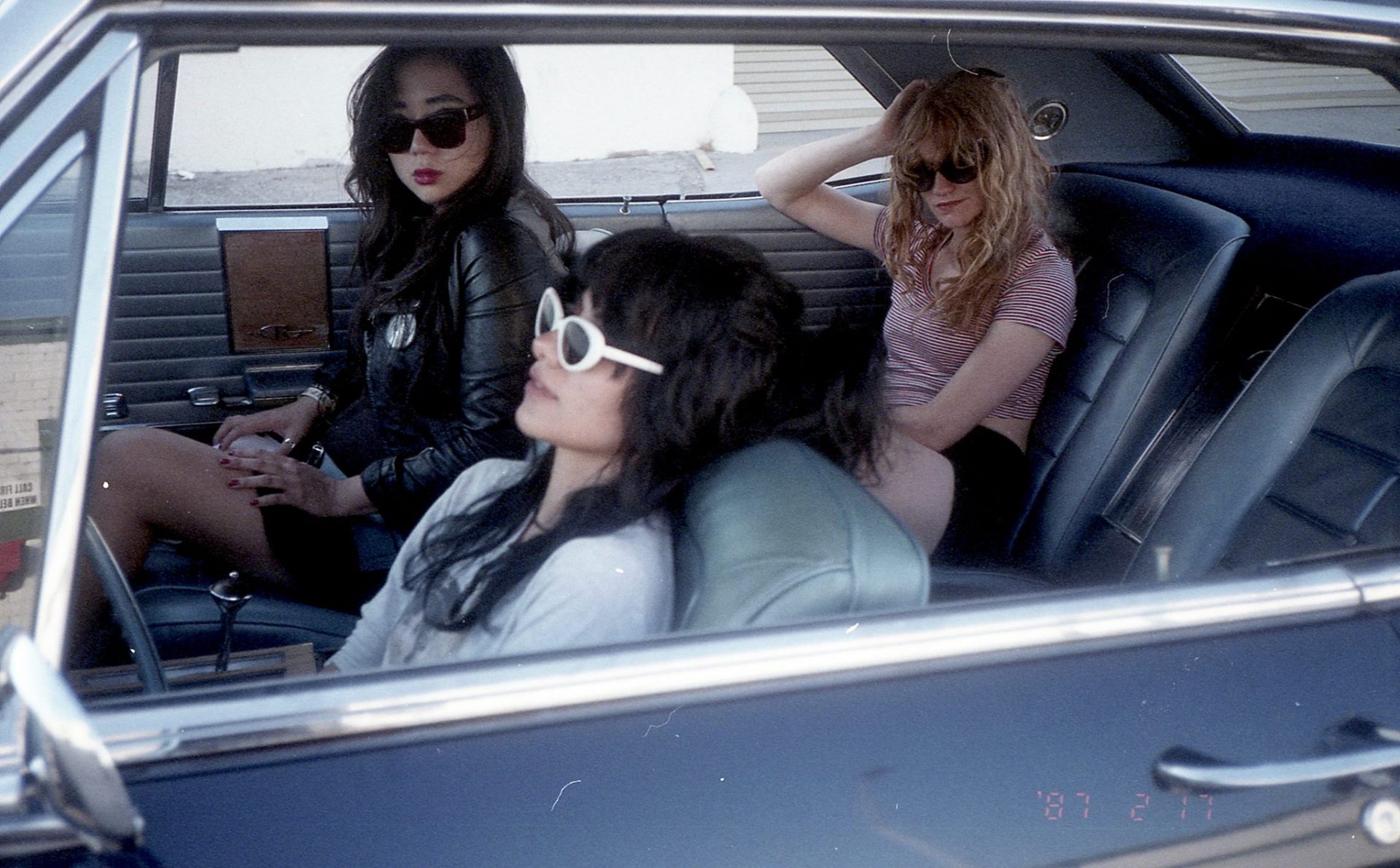 The world of garage rock gets weirder and spookier with every passing year, and I for one think that’s great. After all, there are only so many new versions of “Dirty Robber” and “Psycho” we can all hear without getting bored. LA Witch is certainly not going to bore you. This trio, predictably hailing from Los Angeles, have a lot of venom and vigor to their sound, as well as a great deal of ominous reverb, simultaneously resembling the moody punk garage sounds of prime early Cramps and the psychedelic, um, witchery of bands like Black Rebel Motorcycle Club. The results, as documented on their brand new self-titled LP from Suicide Squeeze, are incredible. Much the same can be expected from their performance Monday night. Get down with it. 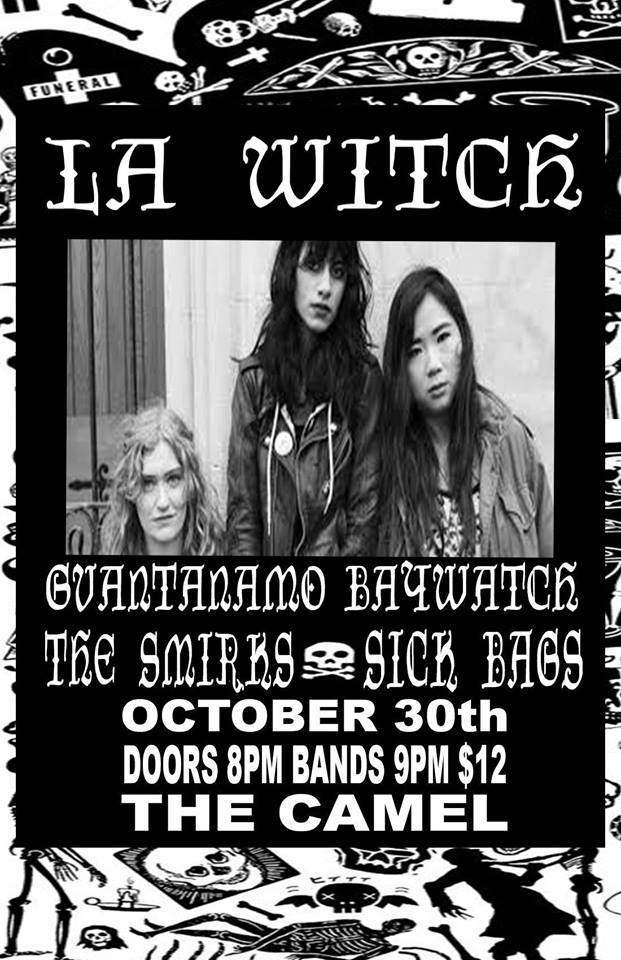 And you garage freaks will get a special bonus, as this one night sees them criscrossing the tour paths of Portland-based Suicide Squeeze labelmates Guantanamo Baywatch, who bring a ripping surf-driven sound to town to get all of us dancing. These guys just released their latest LP, Desert Center, back in August, and its deep dive into speedy mutant surf instrumental territory is matched in intensity by its haunting vocal numbers, many of which have a doomed 50s-retro vibe sure to thrill all assembled. Local garage-damaged young punk snots The Smirks will be on the bill to let the elders know how its done, while Sick Bags sees some former members of local punk louts The Ladies bringing a more openly retro style to their still-antisocial vibe. Don’t miss a minute of this one, folks, it’s sure to be a blast.

Join us for the first ever Mardi Gras Masquerade benefiting The Doorways! Let the good times roll on Friday, February 21 from 8:00pm-midnight at The Graduate Richmond. Your ticket price of $65 will include New Orleans drinks and bites. Enjoy southern nibbles like bbq...

Join us for the second Friday Happy Hour at City Stadium presented by the Richmond Kickers and the Carytown Farmers Market! From 5-8 pm, City Stadium will have live music, craft beer, food trucks, vendor tables, and Kickers merch! The event is socially distanced and...

An amazing multimedia artistic collaboration is being broadcast on Sunday May 16th at 8pm. Local indie Folk band Høly River performs in the historic Richmond Pump House alongside dancers from the Concert Ballet of Virginia and Starr Foster Dance.   The...

There’s Nothing Traditional About Blues Artist Diana Rein. Romanian Blood. Diana’s parents escaped communist Romania in 1981 when she was 3 years old. They arrived in Chicago, on Halloween with only $50 and a dream for a better life. Diana brought her family's strong...