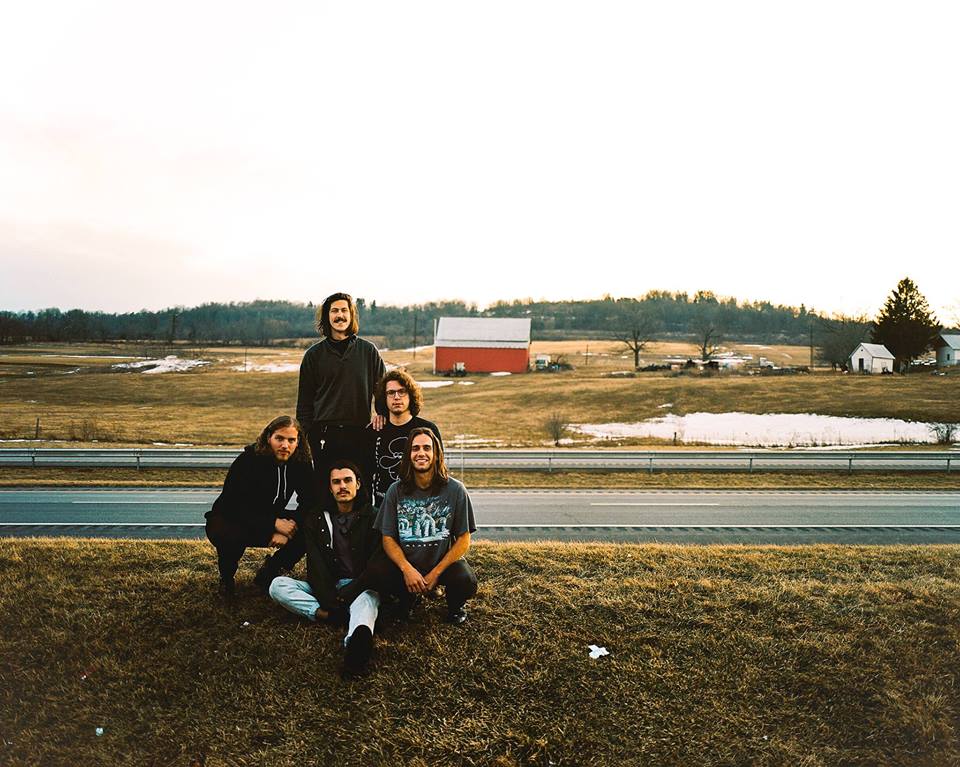 Monday June 4th, 2018
8PM Doors // 9PM Sounds
$12 Advance // $15 Day of Show
Tickets: https://www.ticketfly.com/purchase/event/1650310
_____________________________________
POST ANIMAL: Chicago-based POST ANIMAL are a band of brothers. Though they formed in 2014 and just began touring in 2017, their affinity for slick riffs, pop hooks, and psychedelic tendencies join them in a bond much tighter than their years suggest. Initially formed when childhood friends, bassist Dalton Allison and guitarist Matt Williams, met keyboardist and guitarist Jake Hirshland, the band’s sound began to take shape when the three enlisted some more pals from both the Chicago music scene and through their time working at local burger joints. Rounding out the band’s lineup, Post Animal is completed by drummer Wesley Toledo and guitarists Javi Reyes and Joe Keery.

Like most band’s in Chicago’s inclusive music community, Post Animal got their start playing DIY basements and small rock clubs. With their wavy and warped first project 2015’s Post Animal Perform The Most Curious Water Activities EP and then 2016’s memorable singles collection The Garden Series, the band showcased mesmerizing and infectious pop melodies. Between their impressive early releases and their wild live shows which feature the band members sharing lead vocal duties, Post Animal have unquestionably solidified themselves as one of Chicago’s most exciting up-and-coming acts. Having taken that intensity across the country, touring with bands like Twin Peaks, Wavves, White Reaper, and more, Post Animal have found they are happiest when playing to a room full of fellow music-lovers. As a result, they are road tested and stronger than ever.

The Chicagoans’ debut full-length When I Think Of You In A Castle, out 4/20 via Polyvinyl, is the product of six friends creating music they love, even if the circumstances weren’t always in their favor. “Before this album, we weren’t sure what the future of the band was going to look like. I was considering moving to Los Angeles and Joe [Keery] was off filming Stranger Things. We didn’t know where we were all going but we knew we wanted to make an album with all of us in the same room,” explains Toledo. Being the first time all Post Animal members recorded together, the album’s collaborative spirit is more-than-evident throughout its 10 carefully curated tracks. Even Keery, who’s no longer an active touring member of the band due to his skyrocketing acting career, was integral to the album’s inception.

In the summer of 2016, the band retreated to a lake house in Watervliet, Michigan to record When I Think Of You In A Castle. For a week and a half, they tracked the LP—all while realizing they weren’t really alone in the house. According to the band, a ghost dwelled there that would jolt them awake from naps and even ended up with a guest appearance on the album. Toledo explains, “There’s a moment on ‘Heart Made of Metal’ where I hit the cymbals and, for some reason, it was recorded in reverse. We think that’s the ghost.”

Of course, not all of the magic on When I Think Of You In A Castle can be pinned on the supernatural. Following the lake house trip, the band finished the album at their house in Chicago with Allison perfecting the mix over the next year; even while on their 48-city summer tour in their beloved van (RIP Shannon). Take the first single “Ralphie,” which finds Keery and Allison gleefully trading lead vocals while sounding like what would happen if Jeff Lynne fronted Thin Lizzy. Though Post Animal’s live shows have long proven that swirling riffs are the band’s bread-and-butter, it’s earworms like “Ralphie” that show how easily they can churn out an infectious pop melody.

“Ralphie” isn’t the only song that finds the band sharing lead vocal duties. In fact, each band member contributes vocals like Hirshland’s mesmerizing turn on “Castle” or Williams’ punchy performance on “Heart Made of Metal.” Other songs, like the dynamic “Gelatin Mode,” shift from a lighthearted experience in dueling lead guitars to a face-melting dose of sludge with ease. It’s such a transportive track that when Keery menacingly intones, “Below, traveling slow out on your own / Your mind gelatin mode time to explode” it’s a welcome invitation.

Elsewhere, a longtime live staple “Tire Eyes” finds new life on the LP. It’s a swaggering ode to a timeless classic rock song with Allison’s falsetto beckoning, “So forget about your day and let this record float you away / As your mind is winding, finding cause to be easy.” The finished album, which was mastered by Jake’s brother, Jared Hirshland, is a truly collaborative continuation on the band’s kaleidoscopic and sprawling early beginnings.

But most importantly, When I Think Of You In A Castle is a testament to not only the brotherly connection that these friends share, but also to the power of collaboration between like-minded musicians who just get one another. “Before we recorded it, it was an uncertain time for us as a band, but we all just had a magical time at this lake house in the middle of summer,” explains Toledo. Almost impossible to describe, the Post Animal bond is best observed while foolin’ at the merch table after a sweaty show. They look forward to seeing you there and, naturally, becoming your new best friends.
___________________________
PAUL CHERRY: Paul Cherewick, monikered PAUL CHERRY, came up during Chicago’s garage rock golden age of 2014. Despite being in the thick of the DIY scene with up and coming bands such as Twin Peaks and The Lemons, Paul would abandon the all too familiar lofi rock sound of his first EP “on Top” and spend the next 2 years exploring the nuances of jazz and pop, finding his footing with a new sound. Paul Cherry has completely reinvented himself on his upcoming LP, Flavour.

The first single, “Like Yesterday” sets the tone for the record as a brilliantly written, mid-tempo pop ballad. It would fit nicely as a modern addition to Paul McCartney’s “Ram” or Todd Rundgren’s “Something/Anything,” or even Player’s “Baby Come Back.” Paul Cherry crafts melodies on Flavour that sit at the intersection of 1970s yacht rock and Ariel Pink’s lo-fi dream pop. Lyrically, Cherry touches upon millennial culture with references to love in the modern age, phone culture, and giving a conceptually new light-hearted twist to age old old themes of love lost, missed connections and polar political climates.