A Little Confetti For The Road - RVA Mag 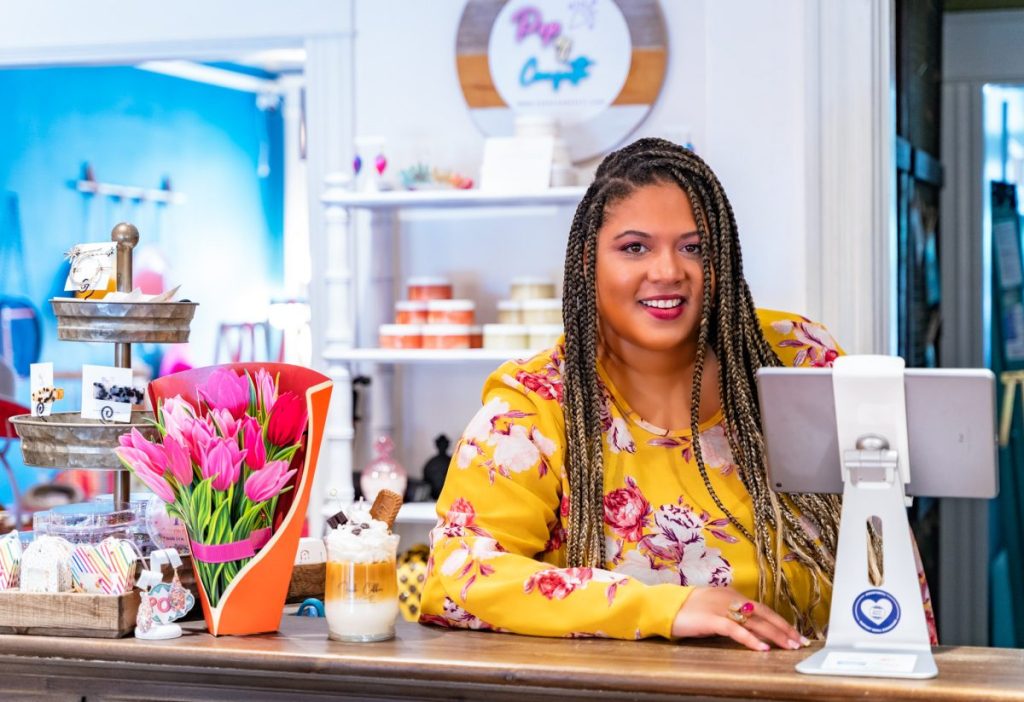 It’d be an understatement to say that we as a society, or, frankly, as a species, have had a depressing couple of years. In 2020 alone, Covid-19 reared its head, Australia caught on fire, California caught on fire, murder hornets were rumored to be invading the U.S., and we lost figureheads like Kobe Bryant, Chadwick Boseman, Ruth Bader Ginsburg, and so many others. Not to mention the murder of George Floyd and the subsequent Black Lives Matter movement shaking the world with protests, demonstrations, and calls for justice. 2021 saw the rise of Covid-19’s Delta variant, political insurrections, political violence, mass shootings, winter storms, hurricane Ida, and more.

I’ve heard no excitement or hope regarding 2022. It’s like everyone’s given up and accepted that the world’s this gray, cold place where misery’s expected. Except that’s not really true. As cheesy as it sounds, there’s always a rainbow behind every cloud. It can be hard to see past the natural disasters, political outrage, disease, and so on, but inspiration, hope, and progress perseveres despite it all.

For Pop of Confetti in Carytown, “being a rainbow in someone’s cloud” is what the store’s all about. Allison Smith-Mackey, owner of Pop of Confetti, created the business during the pandemic with the intent to create joyful moments full of color and to celebrate “life’s endless possibilities.”

The confetti experience starts before you even step through the door. The first thing I noticed when walking up to Pop of Confetti was its gentle, olive green brick exterior, followed quickly by the gorgeous purple flowers sprouting from a wooden flower pot and draping over the store’s front window. I was immediately charmed by all the color, and that was just the exterior. Upon entering, I was met with rainbow stairs, (I repeat: rainbow stairs), pride flags, and by Allison Smith-Mackey herself welcoming me into the store with a warm, friendly voice and glittering sequin mask.

Smith-Mackey gave me a personal tour of her shop as she told me about the fifteen artists whose merchandise filled the store. She showed me the shelf full of cereal-bowl-shaped candles with big “DO NOT EAT” signs taped to them – to be fair, they looked and smelled delicious – as well as Sollie Stitches’ shelves of adorable crocheted stuffed animals, beautiful hats, and bottle cozies. Then there was a rack of gorgeous embroidery, pocketbooks made from recycled chip bags, cupcake-shaped soaps (that looks so genuine I understood their “DO NOT EAT” warnings), rows upon rows of jewelry and other accessories, and the confetti bar — a customer favorite because it lets them experiment with their own creativity. Smith-Mackey knew the artist behind each work of art and continually expressed joy over the artist’s talent and expansion.

“I think it’s so important to highlight other people’s creativity,” Smith-Mackey told me. Her favorite moments owning Pop of Confetti are when her artists drop by with new art to showcase. She doesn’t know what they’re going to bring in; she just knows the art’s going to be spectacular. “Everyone has creative freedom,” she said. “The artistry is what’s fun.”

Smith-Mackey’s always been drawn to art and creativity – much to her mother’s chagrin, who wanted her to do sports instead. “I’ve always crafted, did, made — you name it!”

Ever since she was a child, Smith-Mackey’s been creating. Over the years, she’s accumulated a collection of personal creative projects that showed off her skills with pottery, metal smithing, and leatherwork. She’s also accumulated a collection of art by other artisans that she loved. This eventually led her to do art collectives, art shows, and vending at events. These experiences made Smith-Mackey want to create space for other artists to show off their creations. She was given the opportunity to do just that when the owner of Beasties, a gift shop that opened in Carytown in 2018, helped her get into a space in Carytown. The building turned out to have far more space than Smith-Mackey needed, and she loved showcasing other people’s art, so she “slid into a bunch of DMs,” and fifteen women agreed to be a part of it.

The idea for Pop of Confetti came about a little earlier, while Smith-Mackey was at home during the pandemic. During a quiet moment, she was cutting up tissue paper she’d saved from her baby shower.

“I have anxiety,” Smith-Mackey explained. “So I make confetti at home just to quiet my mind. When I was thinking about reimagining what I wanted out of a brand, out of life… I was like, you know what? It needs a pop of color… No. It needs a pop of confetti!” She brought this idea with her when she created Pop of Confetti’s look and atmosphere. “I wanted to embrace your inner child. I felt like, with everything going on and the pandemic, we needed fun and joy and something light,” she said. “So that’s what this is. For me, it’s like my childhood dream as an adult; what I thought adulthood should look like.”

As for her decision to open a business during a volatile period for retail businesses, Smith-Mackey said, “I took a risk, and it’s a big risk, but I would regret doing it any other way. There’s a lot of uncertainty. The climate is changing; it’s very volatile.” Despite the volatility and increasing workload, though, Smith-Mackey remains hopeful and positive about Pop Of Confetti’s future. “I’m always about a leap of faith,” she said.

The only down moment during our conversation came when I asked Smith-Mackey about her experience creating, establishing, and owning a business as a woman of color. She did tear up while discussing the situation, but she showed resounding strength and optimism in her answer.

“It’s not easy,” she said. “I have a daughter. First and foremost I want to be an example to her as to what’s possible. I think that any obstacles that I’ve encountered, it’s been imperative to me and my spirit to push through them. The most difficult part is that there aren’t a lot of people I can emulate or look to for advice in navigating some of the unique challenges. It’s hard to get a space. It’s hard to find someone who believes that you’re worthy of having a space, and I think I surprise a lot of people because this isn’t a ‘typical’ business, and I don’t market this business as Black-owned. I am Black; this is my business. My business is for all. I have found most people really embrace it. I also have people who don’t. That’s okay. It’s not for them.”

Luckily, Smith-Mackey feels really supported in Carytown due to the many women-owned businesses in the neighborhood. “There’s a community, and you don’t get that everywhere,” she said. “Here, I feel supported. Overall, I couldn’t ask for a better place.”

Currently, Smith-Mackey is a staff of one at Pop of Confetti, though her friend Megan Wilson helps her with marketing and press. Despite staffing the store alone, Smith-Mackey finds every day an enriching experience because she gets to speak to customers on a singular basis. She hopes that all of her customers find the store to be a safe space where they can embrace their inner child, feel seen and heard, and find a retreat from the world outside, “even if it’s just a moment in time.” To Smith-Mackey, confetti is an interpretation of art. “It’s imperfect,” she said, “but it’s beautiful.” At her confetti bar, you can create bookmarks, ornaments, poppers, and more. It’s an element of the store that has been appreciated by customers. “It’s a little bit of confetti you can take with you each day,” Smith-Mackey said.

By the time I left Pop Of Confetti, I was giddy, despite the cold temperature and the mixture of snow, ice, and rain falling from the sky. I also had a new friend: a crocheted octopus named Sully who sits on his pillowed throne like the absolute king he is. While I was in Pop of Confetti, I momentarily forgot how dreary it was outside, and even after I was literally smacked in the face by freezing water, I couldn’t shake off the happy mood Pop of Confetti cast on me.

Pop of Confetti proves that the world doesn’t always have to be a depressing place. Though a gift shop isn’t what you typically think of when brainstorming ways to make the world a better place, it’s effective. It reminds you that these rainbows exist behind the ever-constant fog, and that anything is possible if you set your mind to it, regardless of who tells you otherwise.

Before I left, I asked Smith-Mackey if she had any advice for anyone who is thinking about opening a business in the current climate. Here’s what she said:

“I think the future belongs to creatives. My first piece of advice is: Go for it. Get good at what you do and good at telling your story, whatever that may be. I think it’s important to be able to share who you are and why you do it, and to just embrace it. I think we all need creative outlets. If you take the time to embrace it, the world will make space for it.”

You can find Allison Smith-Mackey and her Confetti Market in person at Pop Of Confetti, located at 3422 West Cary Street in Carytown, or online at www.popofconfetti.com.

Top Photo by Mx. Bex, all other photos by Grace McQueen.

Grace McQueen is a rising senior at Randolph-Macon College with aspirations of going into publishing upon graduation. Some of their interests include history, gender and sexuality studies, LGBTQIA+ rights, and anything to do with fantasy. When they're not working or studying, you can find Grace reading, writing, gaming, or cuddling up with one of their two dogs or five cats.

Pushing Us Back Into The Closet: Banned Books Edition

Two prominent Virginia Republicans are trying to have Maia Kobabe's Gender Queer declared obscene and prohibited to be sold or lended to... READ MORE

Traverse Comedy Wants to Help You Believe in Your Comedy ...

Mary Jane French knows a thing or two about making someone laugh. Whether you have seen her stand up at open mics or showcases, or have... READ MORE

Pushing Us Back Into The Closet: Banned Books Edition

Two prominent Virginia Republicans are trying to have Maia Kobabe's Gender Queer declared obscene and prohibited to be sold or lended to... READ MORE

Traverse Comedy Wants to Help You Believe in Your Comedy ...

Mary Jane French knows a thing or two about making someone laugh. Whether you have seen her stand up at open mics or showcases, or have... READ MORE