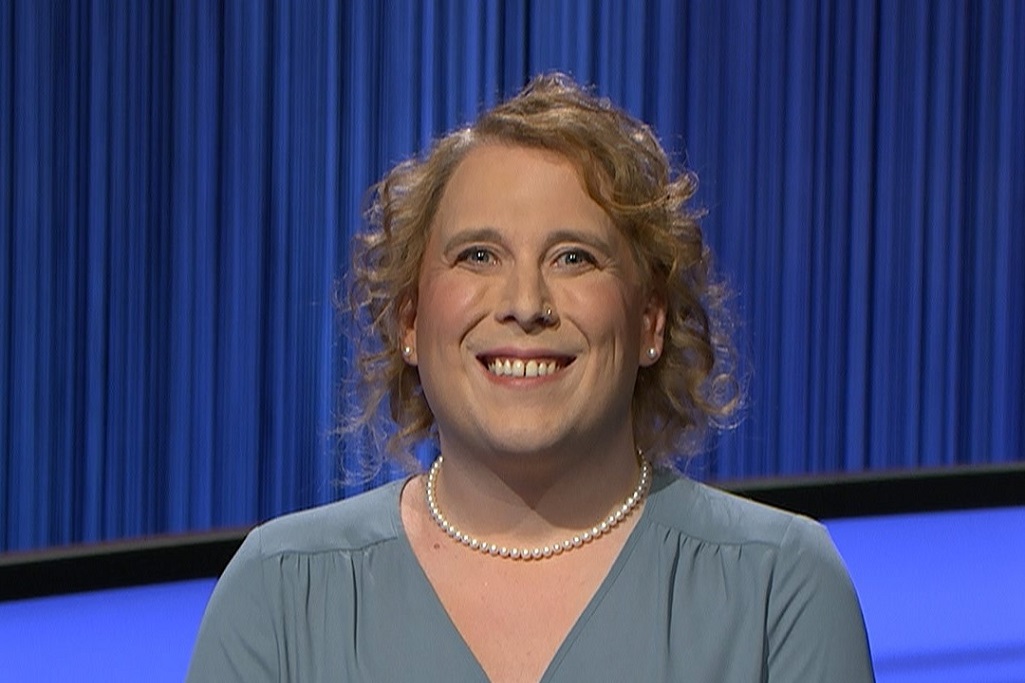 Amy Schneider’s Jeopardy Run Was A Victory For Trans America

Amy Schneider has a tattoo of Princess Ozma on her shoulder. This literary character, subject of the third book in L. Frank Baum’s legendary Oz series, is kidnapped as a tiny child by a witch, and forced to live her life as a boy named “Tip.” That is, until Glinda the Good Witch forces her captor to transform her back into the princess she always should have been. This plotline, dating from an era when transgender issues were all but completely ignored and repressed by Western civilization, has made Ozma a transgender icon in recent years.

Now, Amy Schneider’s 40-day reign as Jeopardy champion has made her a transgender icon in her own right. Her streak gives the 42-year-old engineering manager from Oakland, California the second-longest streak of Jeopardy wins in the show’s history, behind only Jeopardy legend (and current show host) Ken Jennings (whose 74-win streak is truly mindblowing). Schneider is not only the first transgender woman to distinguish herself as a Jeopardy champion but the winningest woman in the show’s history.

As you can imagine, this has led to a fair bit of backlash in certain circles. In fact, Schneider highlighted this backlash with a snarky tweet posted on New Year’s Eve:

I’d like to thank all the people who have taken the time, during this busy holiday season, to reach out and explain to me that, actually, I’m a man. Every single one of you is the first person ever to make that very clever point, which had never once before crossed my mind 🙏

For the transgender community, though, she’s been an inspiration. One fan responded to the tweet above by saying, “Our trans kid watches you in total awe and gratitude every night. Thank you for being the amazing woman that you are!” In my own life, I’ve seen relatives who struggled to cope with my own transition display more open-hearted attitudes after spending weeks rooting for a trans woman they’ve never met on a game show. Rest assured, Schneider’s very existence in public has made a difference.

If anything, though, what made the biggest difference was just the fact that the show treated her like any other contestant. Her post-commercial break interviews revealed a lot to America besides her gender identity — that she and her girlfriend have a cat named Meep, that she’s into tarot cards and has hosted multiple podcasts including one about Downton Abbey and one about Moby Dick. The trans thing was never any real emphasis. As she tweeted, “I didn’t want to make too much about being trans, at least in the context of the show. I am a trans woman, and I’m proud of that fact, but I’m a lot of other things, too!”

Now that Schneider’s winning streak is over, her future looks bright — and not just because she won over $1.3 million during her time on the show (as the New York Times recently revealed, she still hasn’t even gotten her check yet). She has signed with mega-agency CAA, and is reportedly considering getting into voice acting.

And about that voice. Trans women everywhere can tell you how much emphasis is put on our voice, including “training” that some undergo so that we can sound more “feminine” and speak in a higher register. Whether we’ve taken the classes or not, all of us can do it, especially in a situation where it feels like we might be challenged if we don’t. But is it all that comfortable?

Schneider addressed that very subject in a recent interview with the New York Times. “I’ve got a more feminine voice when I really want to, and I’d sort of been planning on using that voice on TV,” she told the Times. But, she went on to explain, she thought she’d have less success playing the game if she was thinking too much about maintaining a certain voice tone. So she decided to go with her actual vocal register, and let the chips fall where they may. She told the Times she was proud of that decision.

“Trans women watching can see me with my voice as it is and see me being OK with it,” she said.

Trust me, Amy, we appreciate it more than you know.