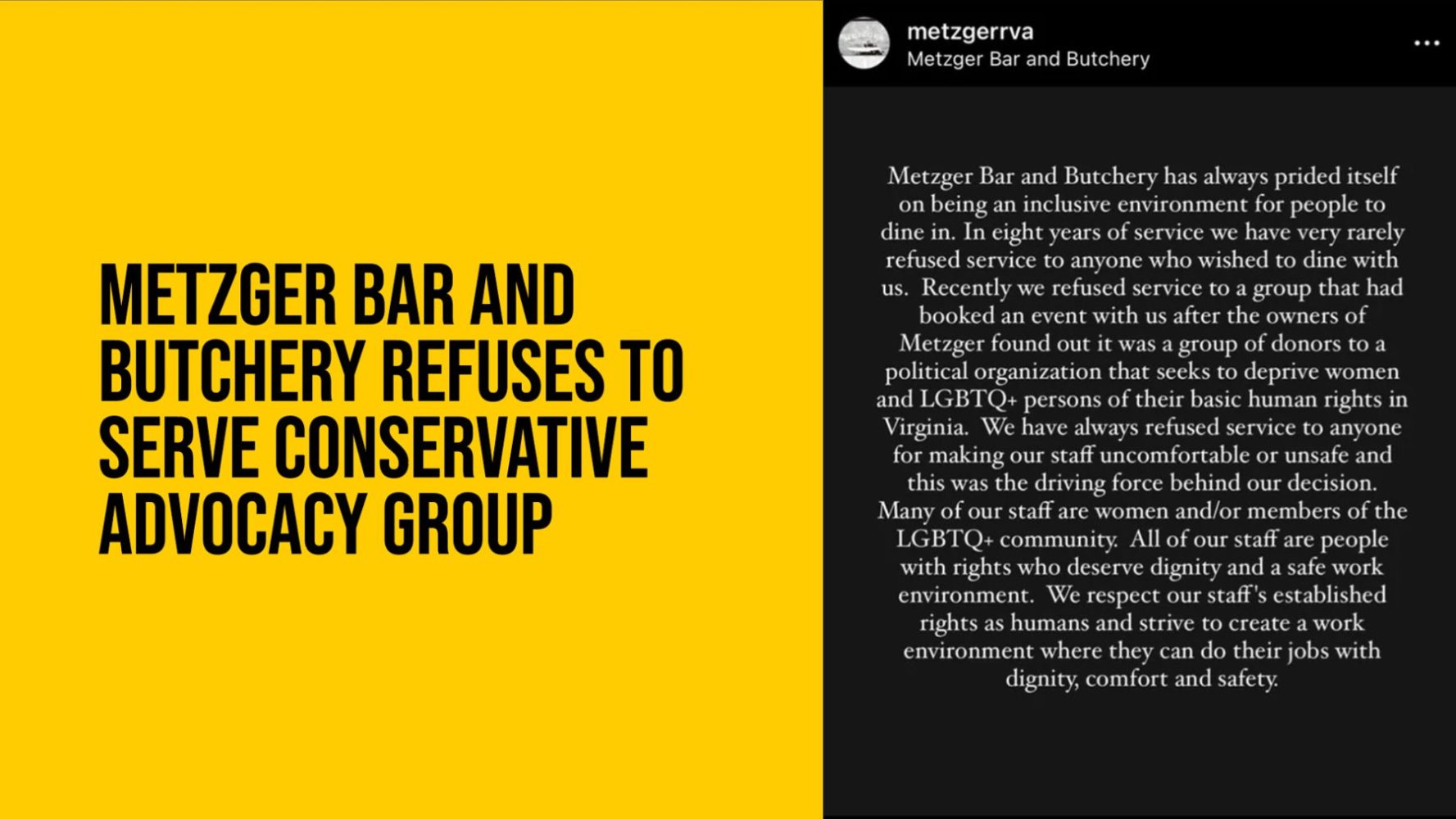 Several days ago, The Family Foundation was turned away from dining at Metzger Bar and Butchery about an hour before their reservation citing that many staff members were LGBTQ or women and the Family Foundation ‘seeks to deprive women and LGBTQ+ person of their basic rights in Virginia.’

According to WRIC, Todd Gathje, Director of Government Relations for the Family Foundation had this to say — “We’ve had events at restaurants all over the city and never encountered a situation like this,” Gathje said. “It’s no secret that we are very much engaged in the public policy debate on a number of controversial issues. But we never expected that we would be denied service at a restaurant based on our religious values or political beliefs.”

The following was posted December 1st on The Family Foundation website under the headline ‘We’ve Been Cancelled Again.’

Last night, our team and supporters got that firsthand experience when Metzger’s Bar and Butchery in Richmond, VA refused to service our pre-reserved event, leaving us scrambling just moments before. For weeks, we had planned a gathering of supporters and interested people in a private room to fellowship and receive an update on our work. About an hour and a half before the event was set to take place, one of the restaurant’s owners called our team to cancel the event. As our VP of Operations explained that guests were arriving at their restaurant shortly, she asked for an explanation. Sure enough, an employee looked up our organization, and their wait staff refused to serve us.

Welcome to the double standard of the left, where some believe Jack Phillips must be forced to create a wedding cake as part of the celebration of a same-sex ceremony but any business should be able to deny basic goods and services to those who hold biblical values around marriage.

At The Family Foundation, we believe individuals in private business should not have to violate their convictions, which for some Christians means not celebrating what God has declared sin (Roman 1:32). However, most, if not all, faiths not only allow for the provision of services, like food, to those with whom they disagree, but they also encourage it. 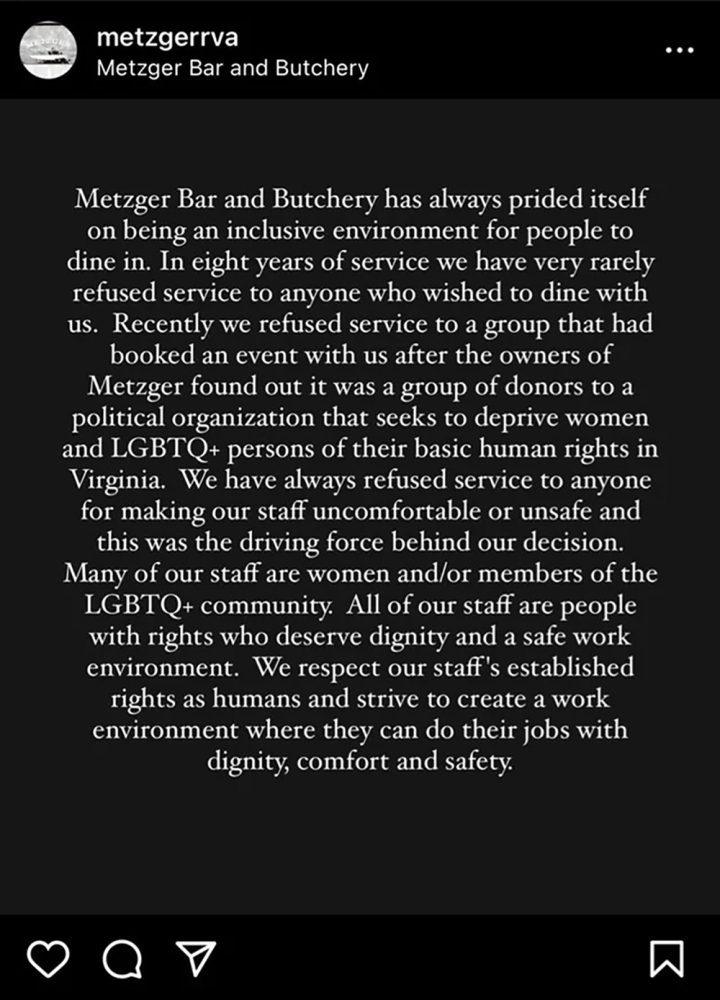 Federal and state laws for businesses like restaurants do not allow discrimination based on protected classes such as race, religion, sex and more, as defined by the Civil Rights Act of 1964. It’s not yet clear if this incident falls under one of those protected classes.

According to WRIC, Gathje has stated that The Family Foundation ‘would welcome an opportunity to have a discussion with them. Meet with them in a private setting where can have a heart-to-heart about some of the issues.”