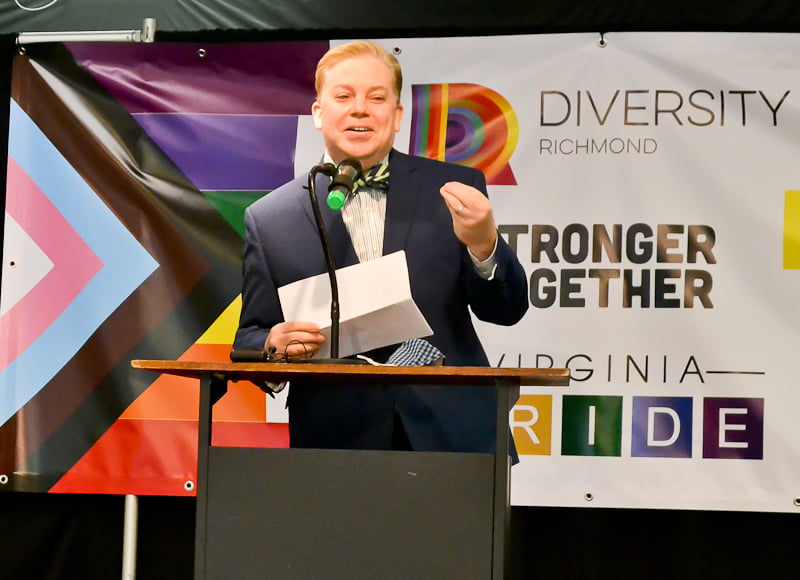 Diversity Richmond and VA Pride are now one organization, and they are currently hard at work to bring us the first Pridefest of the post-pandemic era this fall.

Decades ago, it was hard to imagine that Virginia’s annual Pridefest would swell from 75 to over 40,000 attendees.

The commonwealth has in recent years moved to better protect LGBTQ citizens, and much of that is due to the work of community organizations. Two Virginia LGBTQ organizations — Diversity Richmond and Virginia Pride — recently merged following a two-year long process.

“We were very intentional about the process, so that’s why it took so long,” said Luise Farmer, chair of the Diversity Richmond board. “We just wanted to make sure that what we were doing for the community was the right thing to do.”

Diversity Richmond was founded in 1999 as a place and resource for the LGBTQ community. The organization has donated over $1.1 million to local organizations such as Health Brigade, Side by Side, and the Virginia Center for Inclusive Communities in the past 21 years, according to Bill Harrison, the president and executive director of Diversity Richmond.

Virginia Pride has helped organize the annual Pridefest event since the ’70s, according to its website. After decades of organizational fluctuation, it gained nonprofit status in 2006 and expanded its LGBTQ community advocacy and outreach. Virginia Pride is now a program of Diversity Richmond.

The merger will help expand the organization’s statewide presence and fundraising ability, and amplify resources to support Virginia’s LGBTQ community. Or as Farmer stated when the merger was announced, “we hope to take one and one and make three.”

Harrison said the merger will increase fundraising for Virginia Pride events and help fund salary and office space for staff. Corporate sponsors are more “comfortable” making donations when a staff is involved, not just volunteers, according to Harrison.

“Now, with the fundraising ability of Virginia Pride combined with us, both of us will just be able to do more for the community, now that we’ve combined forces as opposed to once separate,” Harrison said.

June is celebrated nationally as Pride Month, in honor of the Stonewall riots, though Richmond’s Pridefest is held in September. Pridefest was cancelled last year in the thick of the pandemic.

The 2021 event will be held in person, according to James Millner, the program director of Virginia Pride. Organizers are still uncertain what parameters will be in place for the festival but said they will follow local, state and federal guidelines.

“One thing the pandemic has taught us is that nothing is the same anymore,” Farmer said. “We are very conscious about how we put on Pride this year. Very, very conscious, because we would never want to put anyone at risk.”

The Centers for Disease Control announced Thursday that vaccinated individuals don’t have to wear masks or social distance unless a law or regulation requires it.

Millner said organizers will consider factors such as the number of vendors, vaccination rates, negative misconceptions from social media posts and how corporate sponsors could be affected. No corporate Pridefest sponsors have been announced this year. Past sponsors include Capital One, Facebook, Nissan North America and SunTrust.

“We know that people in our community look to our organization for leadership, and we want to be good stewards of that trust,” Millner said.

PrideFest and similar events are important to Richmond’s LGBTQ community for many reasons, Millner said. It helps affirm a sense of community to have representation in a historically conservative state and to have companies supporting LGBTQ employees.

His ultimate goal is to create a safe space for people to express and be themselves — whether it’s wearing leather, rainbows and glitter, or simply holding their partner’s hand in public.

“It’s very important that we come together in large numbers, in big waves, and say: ‘We are here,’” Millner said. “We are part of the fabric of this community, and we deserve every opportunity, every bit of equality, we deserve to be treated just like everybody else.”