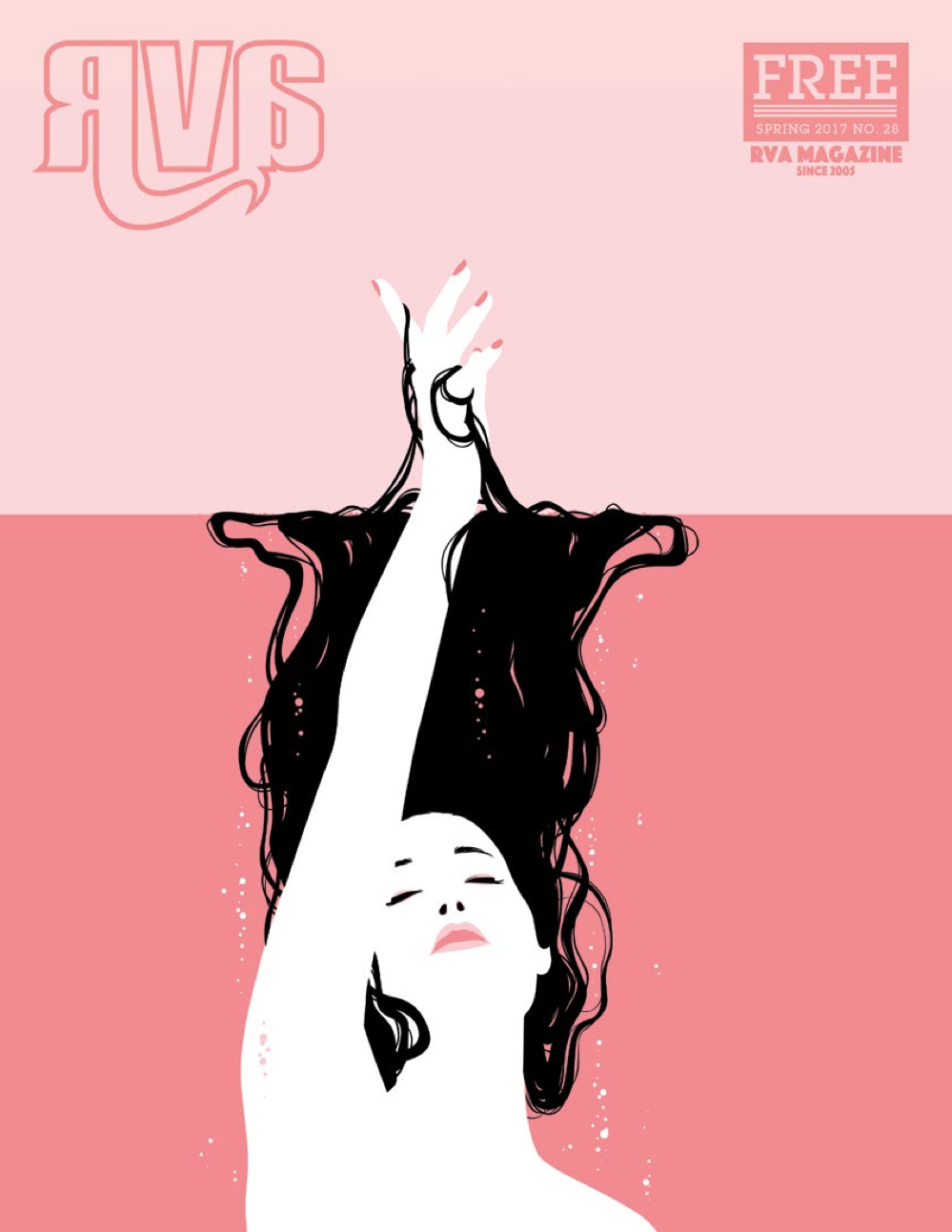 RVA Magazine continues to raise the bar with RVA #28, the first issue of 2017 due out this March featuring the most content yet in our decade-plus tenure. Everything from hiphop and comics to restaurants and art will be covered in our next issue, with each subject discerningly covered by those who experience and live Richmond’s culture first-hand, as well as some who even add to it. Hitting newsstands soon, this is the boldest RVA Magazine to date, bolstering itself up to stay perfectly in step with the ever-growing scene here in Virginia’s endearing capital.

RVA #28’s cover story is a look at the inspiring work of celebrated Norfolk artist Jason “Stuntkid” Levesque, as told by Jill Smith and our own creative director R. Anthony Harris. Elsewhere, Emilie Von Unwerth highlights the work of local business Guard N Flags and their involvement in the recent Women’s March On Washington, while Robert Soadro details the local Drink & Draw events within Richmond’s growing indie comic community. Staff writer Cody Endres shines a light on the gritty hardcore quartet Nosebleed with Laura Confer tackling the other end of the punk spectrum with a look at Cherry Pits and their latest EP. Drew Necci recounts the national impact local label Citrus City has had in their two year span, while staff writer Shannon Clearly hones in on one of the label’s rising stars, the power-jangle quartet known as Young Scum. Also in music, Mutant Academy associate Big Kahuna recounts the message behind his explosive hip-hop sound to Joe Genest, while print editor Doug Nunnally tells the story of local transplant Angelica Garcia and her rise from creative songwriter to major label signee. Finally, staff writer Davy Jones focuses on burgeoning electronic musician Dazeases, the first artist in Egghunt’s new Hatched series, and breaks downs the ideology behind her twisting and enthralling compositions.

In addition to these in-depth stories and profiles, the next issue contains our prominent and expanded coverage of craft beer, studio news, and music reviews as well as our emerging photography series showcasing the work of talented local artists and our brand-new “Good Eats RVA” spotlight on local restaurants. Due out this March, RVA #28 is your first taste of big moves and influential players all looking to make 2017 a landmark year for Richmond’s amazing scene.