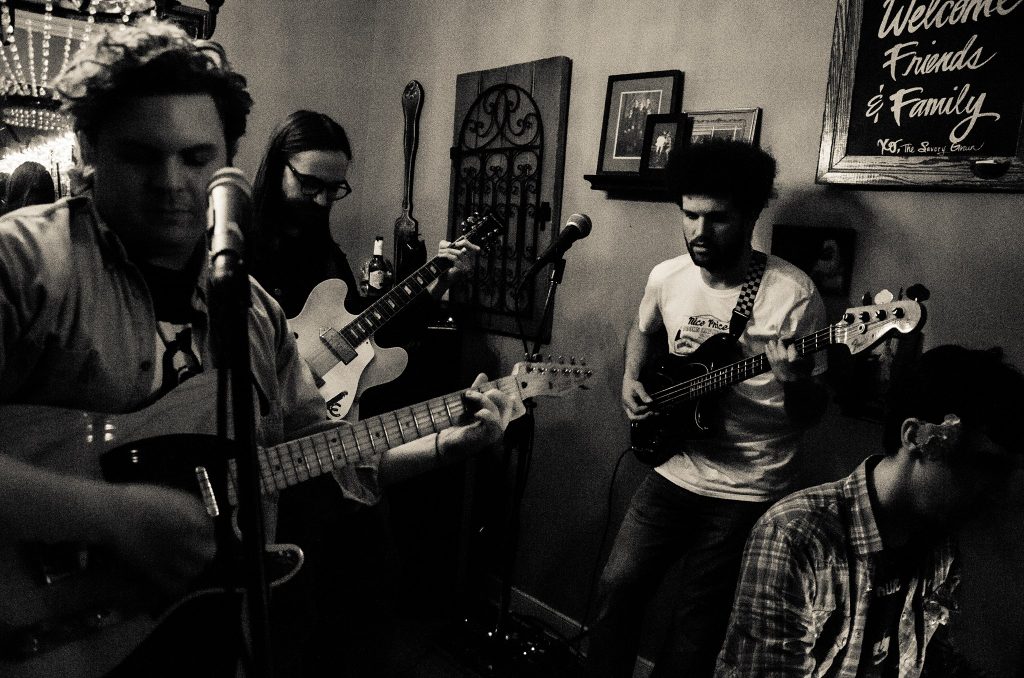 RVA Mag has been dropping the name Saw Black here and there for quite some time now. He’s the local man of mystery whose behind some of the latest albums to come out from up and coming RVA bands Dharma Bombs, Death Birds Surf Club and more.

But what’s his story? Well Justin Black, which is his real name, is the co-owner of burgeoning RVA indie label Crystal Pistol Records which is also managed by local musician Pete Curry.

And not only is he recording music for a bevy of other musicians around town, he’s been toiling away in his home studio working on his own album, Azalea Days, which will drop on Friday.

Saw Black has released a few sneak peeks into the forthcoming debut with videos for “Rosie’s Comin’ Home” a soft, folk song about missing a loved one which was was released back in December. The musician/songwriter/producer also recently released the starkly different and altogether silly “Criminal Cigarettes” this month.

“I recorded like 25 songs over the course of a year and half,” said Black of the album in a recent interview with RVA Mag. “It’s extremely personal.”

Recording on an eight-track tape machine last fall in his basement studio, Black wrapped up the 11-track album this summer and took it to Montrose Records to have it mixed.

“It’s supposed to be an eight track but only seven of the tracks actually works so that was limiting,” he said.

Forgoing all of the bells and whistles and computer edits that you can make in a studio allowed Black to make a record that was truly his own, mistakes and all. 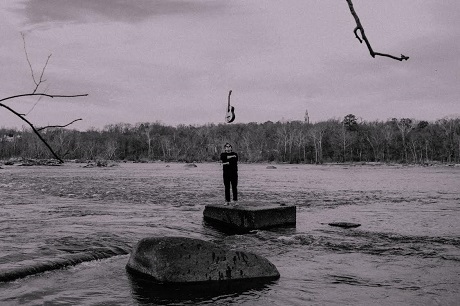 “Creating stuff is really good when you have limitations so it kind of forces you to figure it out,” he said. “A lot of the songs were recorded the same day I wrote them; I find if you kick around the song for three- four months then record it feels contrived. I think the record sounds really good, but I also think there’s a lot of imperfections that sometimes I love, but that was something that I wanted to produce.”

“It’s definitely what I’m into now,” he said. “I grew up listening to my parents’ records they were into Crosby, Stills, Nash & Young. My mom was into Neil Young, she gave me Harvest which I’d say was a huge influence on this record.”

There’s no masking that influence on the laid back, vulnerable and stripped away “Azalea Days,” which is probably one of favorites on Black’s album.

Of course going to the other end of the musical spectrum, is the tongue-in-cheek tune “Criminal Cigarettes” which is ridiculously catchy and the video is a true gem with its zaney sounds, colorful goofy puppets and cliché “Smelly Hug” signs all centering around weed.

“Me and Pete made that in his basement,” he said.

The two made it right around Christmas in front of a green screen, and the inspiration came from a place that might surprise some of you.

“At the time I was really into the Beach Boys and I think I had maybe just watched some sort of Beach Boys documentary, I just like how cheesy some of their songs are” he said. “I wanted to try and write a song like that, that had some of the Beach Boys type elements.”

Pointing out the clichés of smoking pot and poking fun of them was basically Black’s goal with the song.

I just think it’s funny all the clichés are so harmless and yet it’s still illegal…it doesn’t make sense,” he said. “There’s so many good uses for it that don’t involve getting stoned.”

That’s not to say that a little of it wasn’t used to aid in the creative process of making the video.

“When we were in his basement, I’m like huddled behind a van and dancing with puppets and we were also pretty stoned,” Black said laughing. “We had my fog machine blasting, it was really fun though.”

Curry, who has released three records under his own label, played bass on several tracks, Black’s brother played drums on a song, but Black played most of the music on the record.

The two actually met a few years ago at an old studio next to Gallery5 when Curry was with his former band Welcome Hips and Black was in his old back Black Water Gold.

The songwriter said after performing with Curry, he asked to come on to play keys in his band.

“Eventually Pete ended up playing bass and things happened with the Welcome Hips…” he said.

The two soon became fast friends and after talking about their own musical endeavors, and frustrated with sending off their material to record labels to no avail, the two decided to venture out on their own.

“We were like, ‘fuck it let’s just make our own record label and put out each other’s music and put out all our friends’ music’,” he said. “Little did we know the amount of work that goes into it.”

Despite their doubts, Crystal Pistol Records has taken off since launching last fall with Curry’s first record, Advice on Love. The label has built a stacked, diverse roster including psychedelic garage rock group Doctor Collins, who dropped their album in January, and surf rock band Deathbirds Surf Club who dropped their record in December.

“We had a pretty big splash in January, with Ashes, Doctor Collins, and Deathbirds Surf Club,” he said. In terms of Crystal Pistol we’re trying to release a lot bands that we like.”

Black said he’s working to produce the next Dharma Bombs record slated for early summer and the label is also in talks with RVA’s Mikrowaves to release an album in the spring.

Saw Black’s album Azalea Days will drop this Friday, Feb. 10 which will be available on all digital platforms. You can pre-order a cassette or CD here. He will play a house show in Richmond on Friday, and then will embark on a mini tour. Check out dates and locations below:

Carbon Leaf on reviving old projects ahead of Maymont sho...

What do you get when you mix a Celtic-Americana-indie-rock band, a garage studio in the suburbs of Richmond, and Maymont Park? Turns out,... READ MORE

"It's been a... a real crazy journey." That's acclaimed singer-songwriter Angelica Garcia summarizing the events of the last several... READ MORE

Sophia Nadia, aloft on a Reston, Virginia garage rooftop, was holding her acoustic guitar, working through new songs that would be the... READ MORE

Carbon Leaf on reviving old projects ahead of Maymont sho...

What do you get when you mix a Celtic-Americana-indie-rock band, a garage studio in the suburbs of Richmond, and Maymont Park? Turns out,... READ MORE

"It's been a... a real crazy journey." That's acclaimed singer-songwriter Angelica Garcia summarizing the events of the last several... READ MORE

Sophia Nadia, aloft on a Reston, Virginia garage rooftop, was holding her acoustic guitar, working through new songs that would be the... READ MORE