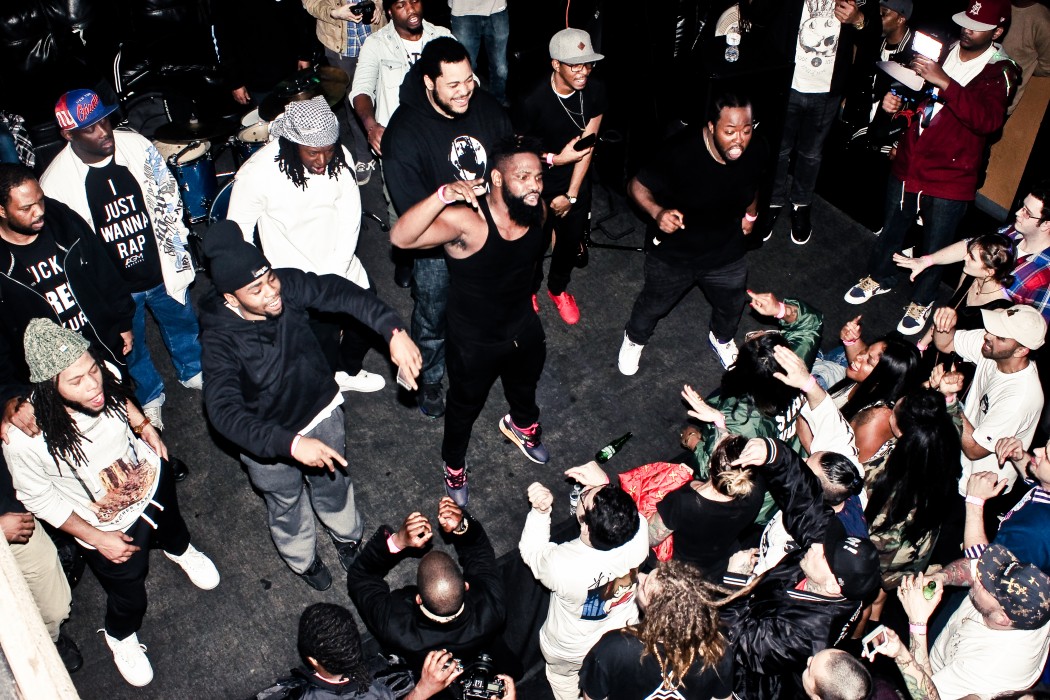 Much of the local hip hop scene was out this past Friday night at The Top showcasing their talent at the second Flag On the Moon show.

Much of the local hip hop scene was out this past Friday night at The Top showcasing their talent at the second Flag On the Moon show. The Cheats Movement was there and has the story on what went down:

Association of Great Minds (AGM) capped off their groundbreaking year with a live performance at The Top. The raucous crowd was first treated to performances by the opening act contest winners: The Tribe, Fly Anakin & Koncept Jack$on, and then last year’s opening act winner, Evan Barlow.

That was followed by an instrumental set by AGM producer NameBrand who recently released his debut beat tape PrayDreams. NameBrand was joined briefly by another contest winner Easalio. Following NameBrand, was a high energy performance by Michael Millions, who last month released his new album and short film titled Beautiful.

The crowd was then at fever-pitch for Nickelus F‘s Triflin performance. A clearly special set for Petey as he acknowledged to the crowd that his father was in the audience and it was the first time his dad was going to see him perform.

The set was electric with most of the audience singing every word of the Billboard-recognized album. The night ended with Radio B returning to The Top stage for the first time since his battle (RVA’s battle of the year) with Bravo. For the second year in a row, the live Flag show has landed on Radio’s birthday weekend. He started his set with the title track from his new album Never Fall Off, released the prior day. Though time cut his set short, Radio finished right before the clock struck midnight and his birthday officially begun.

To check out more photos and get the rest of the story, head over to The Cheats Movement here.