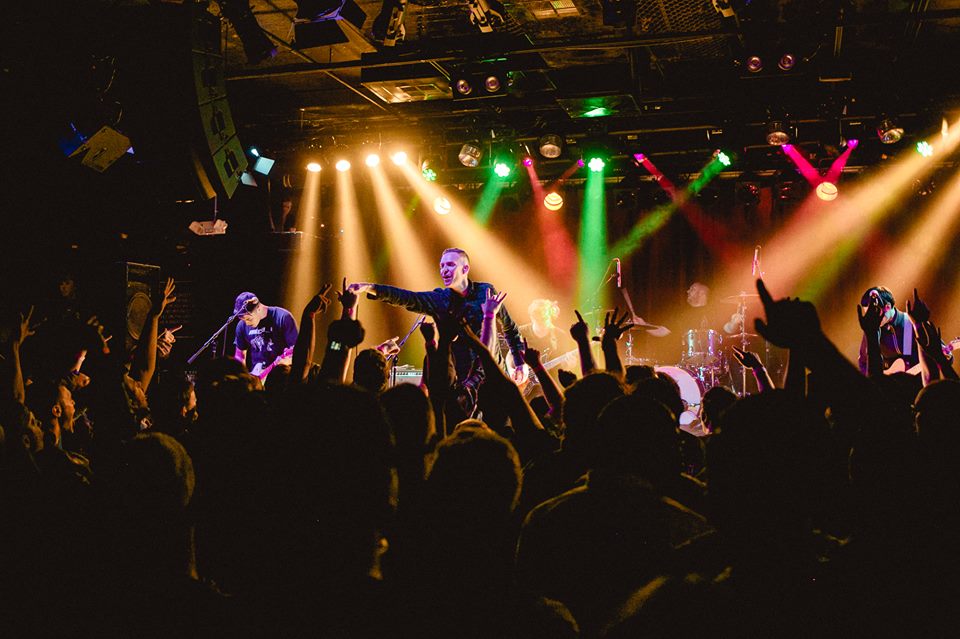 There was a point in 2003 where Long Island’s The Movielife felt like an unstoppable force in the melodic hardcore scene. With the release of their second full-length, Forty Hour Train Back To Penn, their audiences were growing and they were finding themselves on bigger and bigger tours. Then, spontaneously, the band broke up without even as much as a farewell show to placate their rabid fanbase. For a band that always found the silver lining in every sour scenario, an abrupt disbanding felt out of character.

Now, 14 years later, The Movielife have returned with a full-length and a new appreciation for what brought them together as a band in the first place. Cities In Search Of A Heart is a record that could have only come together due to time spent apart and fruitful lives lived in that off-time, whether that time was spent starting families or continuing to refine their abilities as songwriters. Eventually, vocalist Vinnie Caruana and guitarist Brandon Reilly discovered that they were a musical match that could never be split. After returning to action with a few tours celebrating their legacy as a band, they realized they didn’t want to just be a nostalgia act. They wanted to create new music that maintained the same energy of the band that fans grew to love in the early 2000s. Even at this point in their lives and career, the band is determined to earn a spot among old fans and listeners that may be seeing The Movielife for the first time.

On October 26th at Strange Matter, The Movielife will be returning to Richmond, Virginia for the first time in over a decade. In anticipation of the show, we were able to get a chance to speak with Vinnie Caruana about what it means to be The Movielife in 2017, what it means to be an American in today’s America, and what it’s like to take a long leave of absence and return to an overwhelming showing of love from an eager fanbase. 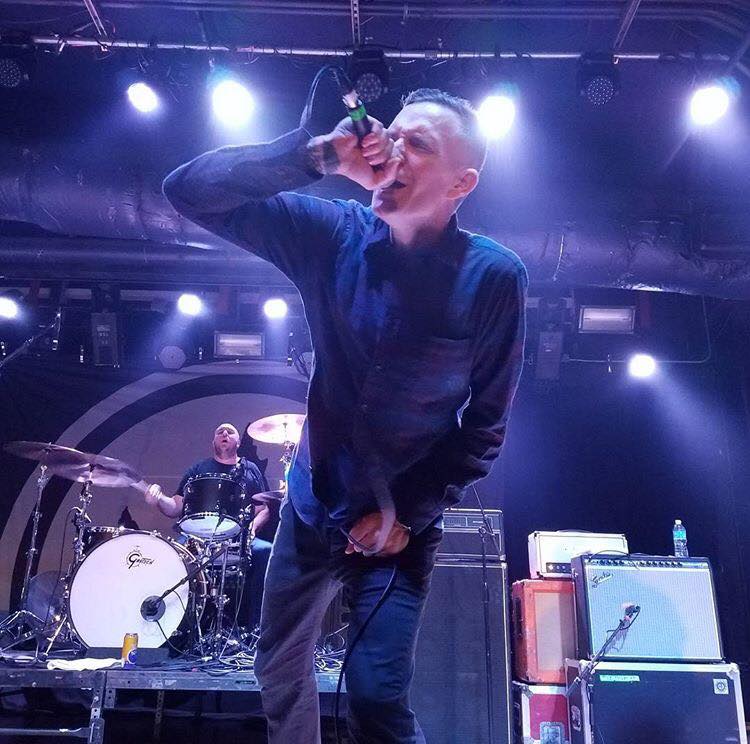 Shannon Cleary: What has the reception been like so far with the new record?

Vinnie Caruana: Everyone has had so many good things to say about it. And I don’t know, I just feel like like it’s hard for a band in our position to put out a record and to have anyone care about it. Some people are content with what they know, what they already have, and they have their relationship with the band. And I get that, because I’m that way as a music listener sometimes. Sometimes, for no reason at all, I don’t go and check out the new record of the band that I love. We were well aware of this when we were writing Cities In Search Of  A Heart, that it was going to be difficult to make a record that we were going to love and that our fans are going to love – and so far the reception been incredible.

Shannon: Well, from an outside perspective, I don’t think it’s that surprising just because there was always a comfort in some of the lyrics on Forty Hour Train to Penn, in terms of being an optimistic thought even in addressing more or less sad times. I think that carries through with this new record, and even though a lot of time has passed, a lot more life has been lived. It seems like you and Brandon brought that along with this new record.

Vinnie: I think lyrically it’s coming from a different place, but it is the same voice. It needed to have that spirit. And that was the most important thing. We knew what it could be, but we couldn’t just kind of take some different approach. It was always us grinding down, and me trying to write meaningful lyrics, with the sincerity, the spirit, and the honesty of the Movielife being the strongest things. We knew that we would be able to write good songs, write strong melodies, write good chord progressions, so it really just took time. We spent more time writing this record than any other in the history of the band.

Shannon: I was thinking about if this had come out immediately after a Forty Hour Train to Penn. What direction do you think would have happened, in terms of what the follow up to that would have been like? Compared to how this record happened.

Vinnie: When we broke up, we were totally at odds with each other. We had grinded ourselves into the ground and nobody wanted to be around each other. Trying to be creative with each other then would have been an awful experience. And between the amount of life lived and the time we have had to learn more about songwriting, the record we were going to make had to be one that we’d put out now.

Shannon: Are there any moments on this new album, especially with particular songs, that you don’t feel could have happened like without those sort of experiences?

Vinnie: Lyrically, we needed to have those experiences. I don’t think any of the lyrics could have been written without that time apart. None of it. A lot of this record is about being where we are. This whole record is written from that place of where we all are in America and the doom and gloom of, “how did it get here?” It’s all written from that black cloud. And then there’s a lot of …I mean, I just drove through Missouri. I’m in it currently, as we speak. I feel like I’m behind enemy lines a lot being out here, and all the signs and all the billboards and all the things that I have to look at all day riding around this country that I don’t particularly identify with at all. Like if this is America, then am I American? It’s all written from that kind of place.

Shannon: Around the time the band reunited, was there one defining moment that you can place where you realized that the Movielife was calling you back into that fold? That this was what you needed to be doing?

Vinnie: It goes back to what you were saying about how it always was from a doom and gloom kind of place with the Movielife, but it never felt that way because there was there was optimism in there somehow. This record is from that place, but I think somehow there is some rays of light in this record. Things are so uncertain, we need to be doing what we want to do with our lives. I know that just sounds so cliché, but it’s so important to me. I must be doing music, in these times more than more than ever. I  need to be this, and that outlet needs to be there. It really needs to be there and I need it for myself. I’m out here every day on the road meeting people telling me about this record and our previous music, and what it means to them, and how it’s gotten them through whatever they needed to get through. And it’s been that way for me too. I’m a happy guy and we all need to try to be happy despite all this nonsense. This is what keeps me happy. This is what keeps me level getting all this stuff out there. It’s really really really crucially important to me. 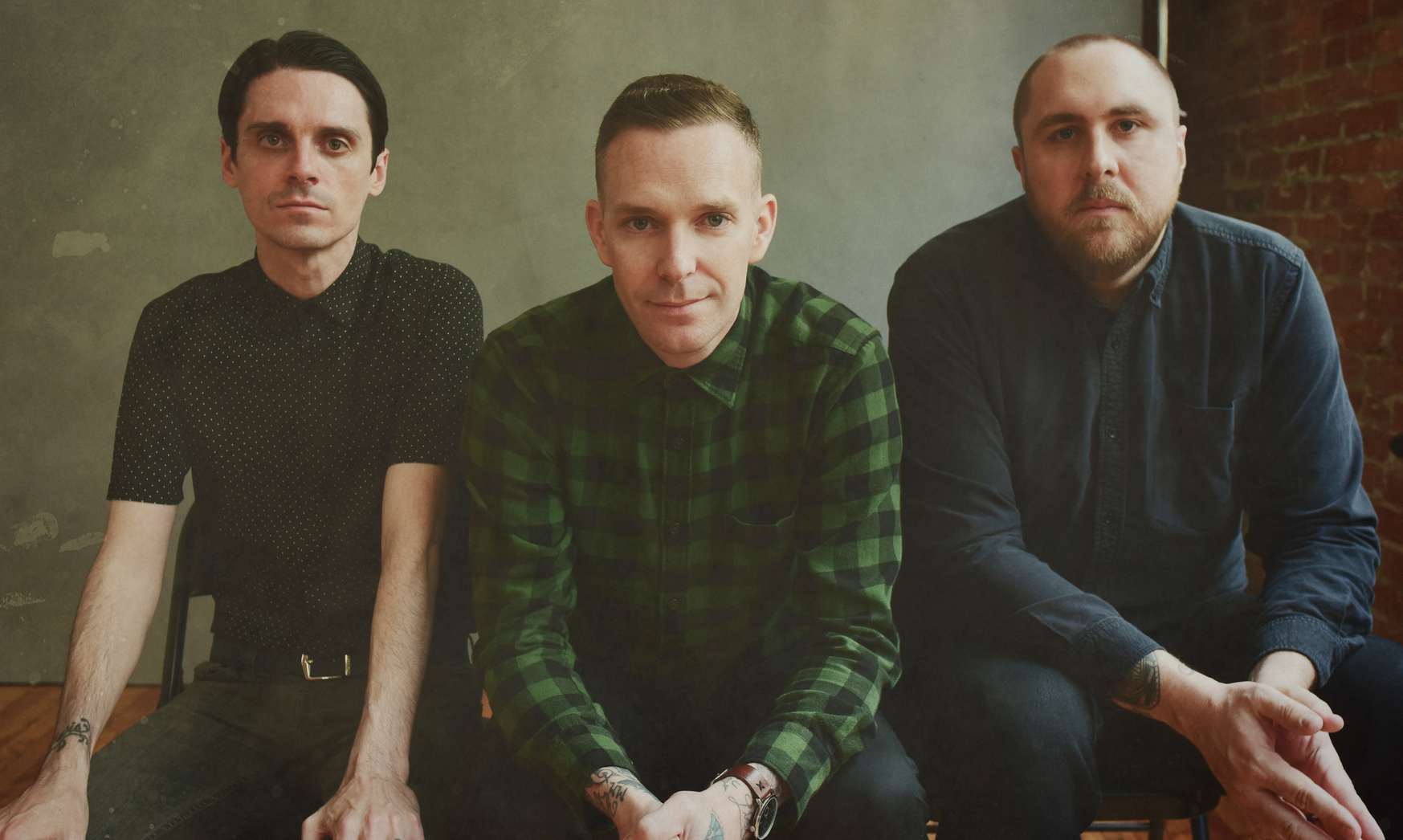 Shannon: I have the experience of having This Time Next Year and Forty Hour Train To Penn, and getting them upon their release. And I was curious what sort of legacy those records have, in terms of new listeners hearing them for the first time and what their reactions are to it. And also, even as a performer, what it’s like to play some of these older songs. I imagine there is a certain distance to the songs, considering when you wrote them and the time that has passed. But I wonder if you’ve gotten to a point where the songs almost belong in their own ballpark, because they are the voice of an audience that brings them together too?

Vinnie: Totally, I mean with Spotify making like things like that – even though Spotify is obviously the death knell of the recording industry [laughs] – but at the same time people are going back and listening to music. And, honestly, not everybody that comes to see us has ever seen before. The same way I would go and see bands that you never get to see, but bands that you got into because you knew you had to get into if you were going to be punk – you know what I mean? [laughs]

And yeah, I mean as a performer, singing the songs is fun as hell! As long as people are singing along, and I love watching them relive these songs. Or I’m watching them experience them for the first time. And everyone usually has a smile on their face when they’re watching it. That’s so important. That’s the idea. You know? The idea is to have a positive experience. Let’s be happy. Everyone seems happy at Movielife shows. It’s really cool.

Do I like practicing the songs? No, I don’t, because I know the words. I’m not going to forget them. That’s the part of it I don’t enjoy, because they’re so old that I don’t find joy in singing these songs until I step on stage. Otherwise it just feels like “Oh God. I know the songs. I don’t need them beaten into my head anymore.” As soon as I get on stage, that all changes. This stuff is so fun for me. It’s as fun for me as it is to the people in the crowd. It is amazing.

It’s a great feeling knowing that it still means something to so many people and it still means so much that Brandon and I are having a blast. And the fact that we were able to get a record together and get it out on tour, and we’re making all these plans for future tours, like – it means the world to us. It’s so cool.

The Movielife will be appearing at Strange Matter on Thursday, October 26th, 2017 with Iron Chic and Lightfields. For more info, click here.