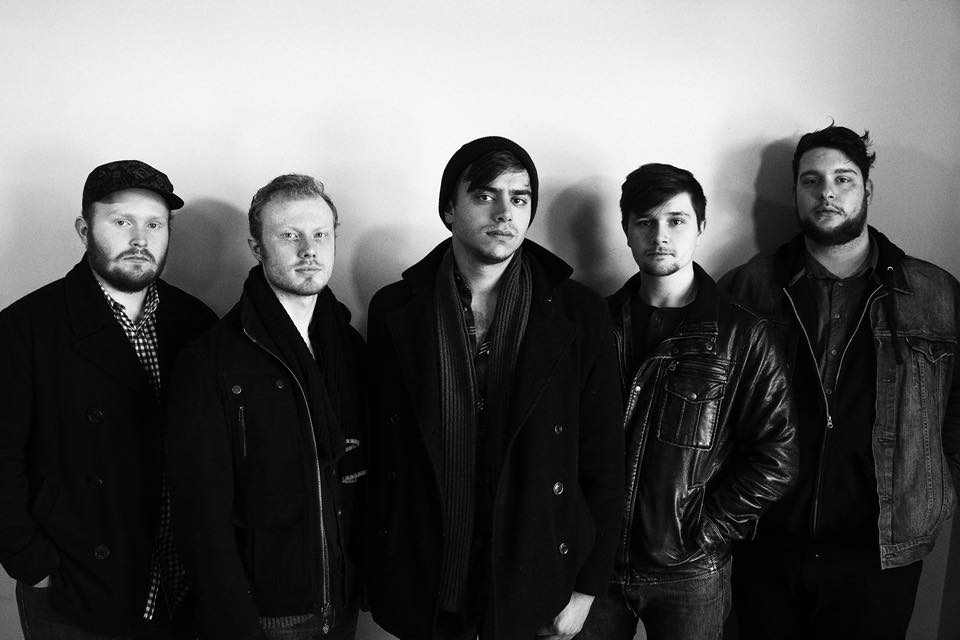 With their splendid mix of soulful roots and raw Southern rock, Big Mama Shakes is not a band to pass by when immersing yourself in Richmo

With their splendid mix of soulful roots and raw Southern rock, Big Mama Shakes is not a band to pass by when immersing yourself in Richmond’s rich music scene.

The five band members, who originally hail from Williamsburg, have steadily built a name for themselves in this city and beyond with regular gigs around town, an East Coast tour, playing alongside national acts and of course, their unmistakable energetic Southern sound.

Big Mama Shakes is set to release their newest EP, If I Try this weekend and it’s a record that vocalist/guitarist Brady Heck said spurred to reassure Richmond that this band wasn’t going away any time soon.

“For whatever reason – rumors got started we were breaking up and we had a moment of panic and the best way to subside that was to release new material,” Heck said.

Two founding members of Big Mama Shakes left back in December which could have been cause for the rumors, but the remaining bandmates began performing with their two new musicians; Gabriel Taylor (guitarist) and Bryce Doyle (keys). Then the band found full form in December with Chandler Matkins on drums and Peter Cason on bass, rounding out their quintet.

“Our guitar player Caleb, he just wasn’t enjoying the level of attention we were getting,” he said. “Our keyboard player, Elijah, he’s a songwriter too and wanted to explore those avenues.”

A followup to their debut album, last summer’s As She Does this new EP consists of four songs that ooze soul and bring forth an authentic, raw energy that is only found in musicians that are driven by one thing: to play rock and roll.

And since their first record, which Heck described as a “clusterfuck,” the band decided to switch things up a bit.

“With the new EP, we all kind of agreed we needed to give it more direction so the writing process began centered more around something that had continuity,” Heck said. “There was a lot of inspiration coming from early 60’s soul stuff and like mid-70’s southern rock.”

And those early rock influences come through on the band’s first single “Weight of a Heavy Heart” which they dropped in January.

When it comes to their sound, especially on this EP, Heck credits the group’s diverse taste in music.

“We all come from a varied musical background, I write the majority of the music, I’m a huge Bruce Springsteen fan,” he said. “I’m a big Rolling Stones fan, there’s a lot of Exile On Main Street that I was trying to get across with the new record.”

He said Matkins is heavily into rap and hip hop which is where his drumming style is drawn from, while Cason is kind of his “own man” when it comes to musical influences.

Big Mama Shakes may have only recorded this new EP in a day, but the inspirations for how they wanted it to sound stem from a trip the band took to the well-known recording studio “Fame” in Muscle Shoals, Alabama before they recorded their first album.

“We recorded a small EP there,” Heck said. “I’d been listening to some of those tracks and listening to things from that era,and what that studio was producing and that was the direction I wanted to take with writing and when we put it with the band, we captured that I think musically and tried to retain the sound we already have.”

The band recorded it at Unkempt and Overcaffeinated, but it was mastered at Fame.

Growing off of independent projects, Big Mama Shakes formed back in August 2013 in their hometown.

Heck said it was a rocky start trying to find their sound and establish who they wanted to be as a band.

“With the original lineup, we were trying our damnedest to make it as a blues band and if you listen to our music you can kind of tell that didn’t work out,” he said. “It’s definitely gone from one extreme to another.”

XL102’s Big Field Day last year was a springboard of sorts for the band’s success, putting them alongside major acts such as Passion Pit, Incubus and Dirty Heads.

“We’d never played in front of a crowd that big, especially a crowd that big who had no idea who we were,” he said. “It was a lot of fun…I think that’s kind of where our ball started rolling because just after that we started selling out the venues we were playing in…i attribute some of it to XL102.”

From there, the band scored a regular gig playing at The Camel, and toured up and down the East Coast.

And all this success has come without a record label. The boys have continued to go the DIY route to promote their band.

“Right now were doing everything ourselves, hell our drummer is basically our manager,” he said.

Big Mama Shakes has definitely come into their own and established a solid sound that is memorable and unique and it more than shines through on If I Try.

The band will set out on a mini-tour next month to DC, Baltimore and Nashville to promote the new EP.

Big Mama Shakes will drop their new album, If I Try this Friday, April 22nd at Capital Ale House. The EP will be available on iTunes and Spotify.