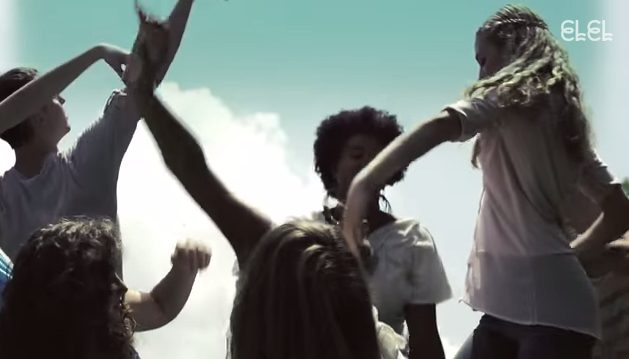 I hadn’t heard of the Nashville 8-piece ELEL until this AM (it’s been a good week for press releases) but I’m digging what little I’ve heard so far.

I hadn’t heard of the Nashville 8-piece ELEL until this AM (it’s been a good week for press releases) but I’m digging what little I’ve heard so far.

Nashville is kind of a hotbed for a lot of quality sounds – Kings of Leon, Jack White, Paramore, The Black Keys, Jeff the Brotherhood, etc. The legacy of country music success left a lot of room for beanie-wearing, flannel-clad folks to follow suit. Someone’s gotta use that studio space while people are at NASCAR events, right?

So we end up with ELEL, called “one of the top bands to watch in 2015” by LA’s KCRW. The mix of electronics and hippie sensibility is pretty easy to get into.

They’ve got a pretty wide-birthed tour lined up for winter, hitting Strange Matter on 2/26 alongside Avers and Sleepwalkers (pick up tickets here).

Here’s some more details about these dudes, and their massive sound, via Grandstand:

ELEL, consisting of two horns, two drums, three keys, guitar, bass and whole lot of vocals, was born from frontman Ben Elkins meeting a girl named Elisa. Ben’s now wife softened his edges while introducing him to the likes of Beach House and Toro Y Moi. Speaking on ELEL, Ben says, “It’s the outcome of me producing music that risks leaving space and communicates emotion easily and softly.” This band represents a new start for its members, for a variety of reasons. Tied together by the bustling Nashville music scene but from an array of locations, ELEL includes Ben (Arkansas), Zach (Kentucky), Tim (Mississippi), Jo Jo (Brooklyn, NY), Alex (Pennsylvania), and life-long Nashvillians (so far) Frederick, Jerry and Stefan. According to Ben, “’40 Watt’ is a big loud dance song about dancing with one other person in a little bitty house.” We have more exciting news very soon.