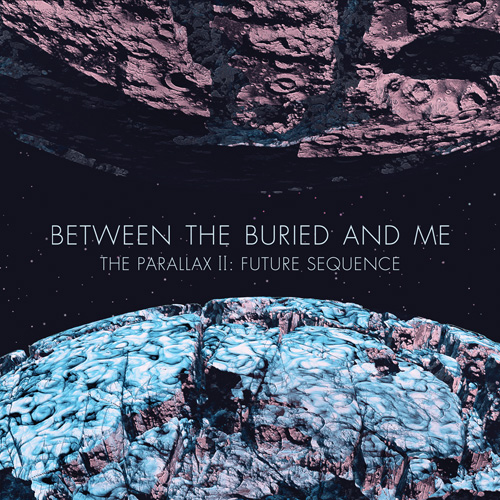 Between The Buried And Me – The Parallax II: Future Sequence (Metal Blade)

Bringing the fear and taut urgency of 2007’s Colors, together with the conciousness/humanity/planetary concerns that characterised 2009’s The Great Misdirect, into a full blown narrative concept, the brief but substantial 2011 EP The Parallax: Hypersleep Dialogues provided a promising, albeit condensed, preview of what I now believe is the apex of Between The Buried And Me’s career to date: The Parallax II: Future Sequence.

Between The Buried And Me – The Parallax II: Future Sequence (Metal Blade)

Bringing the fear and taut urgency of 2007’s Colors, together with the conciousness/humanity/planetary concerns that characterised 2009’s The Great Misdirect, into a full blown narrative concept, the brief but substantial 2011 EP The Parallax: Hypersleep Dialogues provided a promising, albeit condensed, preview of what I now believe is the apex of Between The Buried And Me’s career to date: The Parallax II: Future Sequence. While Hypersleep Dialogues ingrained a sort of claustrophobic confinement to the material and provided more concise ideas presented in a bottled-up-exploding way, the ideas presented on Future Sequence are given so much more time to develop and so much more space to breathe that the intensity we found throughout Hypersleep Dialogues is stretched far past what our ears were previously acclimated to, making it seem thinner by comparison. This is the challenge of Future Sequence; to absorb the totality in an effort to unearth and grip the riff-by-riff intensity and momentum that–allow me to assure you–are there and in full effect. However, you need a very good grip. This music is neither casual nor forgiving; it is intended not for background nor for anything other than raptly engaged listening.

In fact, at first it seems one can hardly BE prepared for the conceptual onslaught of self-proclaimed “heavy experimental music” that is Future Sequence. Between The Buried And Me have unveiled a truly committed experience that shows the full scope and strength of their ambition. This is what Colors and The Great Misdirect paved the way for but never totally invested in. The far-out science-fictional thematic nature of this music is a perfect vessel for the way they’ve refined their sound. It’s more developed, and there’s more technique. The augmentations to unify their sound this time are the flesh and bone of this fresh narrative element. As progressing progressive musicians, they make the difficult seem easy, while also at times making the easy sound difficult. Often, Blake Richardson’s impossibly fluid feel (dig his snare work two minutes into “Telos”, right after the whistle) lets violent, intricately syncopated stops and starts sound not only easy, but unobtrusive. And as a side note, the way he and the quintet have evolved their characteristic interlocking riffs and tempo shifts is just phenomenal. The innate chemistry, along with cumulative years of songwriting experience for their current lineup, have led to a very original band doing very original things with their already-original music.

A key aspect of the group’s post-Colors evolution has been perfecting the ability to create long phrases and statements that retain their overall rhythmic evenness but break down to the ear into seemingly uneven sections. The fact that these quite complicated polyrhythms are situated within what are actually relatively simple overall structures can be a selling point for those unused to such metric antics. Don’t let the frenetic pace scare you; if you can count off a steady 4 or 6, the ability to understand Between The Buried And Me’s complex rhythmic structures should be within your reach. And don’t let the menacing vocals prevent you from hearing the lush vocals, and don’t allow the savage riffs to keep you from the gorgeous ones, etc. 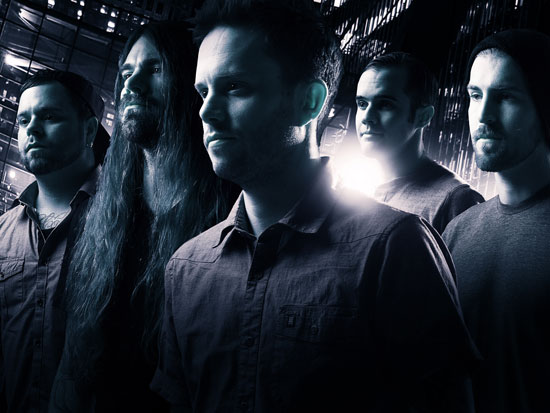 Tommy Rogers’ vocals are literally A to Z in rhythm through expression, while his keyboards and sound manipulation provide the project with hulking deep-space shadows. Rhythm guitarist Dustie Waring–the unsung hero of the group, whose contributions I sometimes wondered about in past years, though no longer–takes what I think is the most commanding solo of the album. Dan Briggs’ fretless bass is limber, versatile and sure; never anything but utterly fitted. And lead guitarist Paul Waggoner has not stopped pushing his playing or his writing yet, and you hear that every time you think he’s about to do something you’ve previously heard. Each time, he instead reveals a different shape, a different accent, maybe even just a different tone or effect that he’s never used before. Hearing earlier elements of his work in the new material is an interesting experience, because although they are reminiscent, the common denominator in all the pieces is his characteristically progressive style. You hear how he’s advanced musically while clearly staying true to and continuing to refine what brought him here–monster compositions, unwavering sense of melody, great attention to dynamics, eclectic solos, and of course, delicious taste to go with the badass chops that brought him to our attention in the first place. In particular, I’ve heard multiple lines quite reminiscent of “Fossil Genera,” from The Great Misdirect, which leads me to believe that that song was the technical precursor to Waggoner’s work on this album. It’s interesting to note that this is one of the three non-Parallax songs that they chose to include in their hour-long Summer Slaughter set at the National this past August.

Reinforcing their ideas with dramatic exposition and repetition with different instrumentation, the repetition ensures that you might walk away humming a theme from “Extremophile Elite” even though it was screamed in 10/8 time–perhaps because you heard it first as a peculiar marimba-esque line, then as a doubled guitar riff, before hearing it sung as well. In “Melting City,” there are several examples of the way the band sets up your ear for the next chord progression by implying those next chords a little early; either in fragments or as a subdued whole. When you realize that Dustie follows a similar transition out of his guitar solo to that of the flute a few measures previously, suddenly things start to streamline. Ditto for the behemoth “Silent Flight Parliament,” where a basic idea, both rhythmic and melodic, is worked out, with seemingly infinite and dynamic variation, as the LP’s final conflict. This idea is just a thematic arm’s length from that of the introductory “Astral Body,” which occurs 53 minutes earlier.

Trying to remember the listening experience track by track is almost futile, at least until the third listen. It’s MUCH better observed as an impossibly colossal whole–which is what it really is. I anticipate a school of thought that believes Between The Buried And Me went too far with this album, and that a more restrained effort, such as any of their last three releases, is a better arena for the display of their talents. It’s true that the unified narrative theme, and certainly the album’s length, somewhat blur the distinction between songs. However, I think this fact is a fundamental source of this album’s initial wow factor, mirroring the sheer impressiveness of its size. Whether or not 72 minutes of this sci-fi-ish epic experimental heavy music journey is your bag is up to you to determine, but I believe this album is a vision of what they’ve wanted to be at least since Colors (2007), if not earlier. In the Parallax story, the need to caution modern man’s blind pursuit of excess is conveyed in this outer space epic as a real issue of concern. As Between The Buried And Me continue to refine their technique and ensemble sound, it will be interesting to see if they continue this particular thematic road, or if Parallax is just a terrific stab in one direction along the way. Regardless, in a sense, they are just getting started.