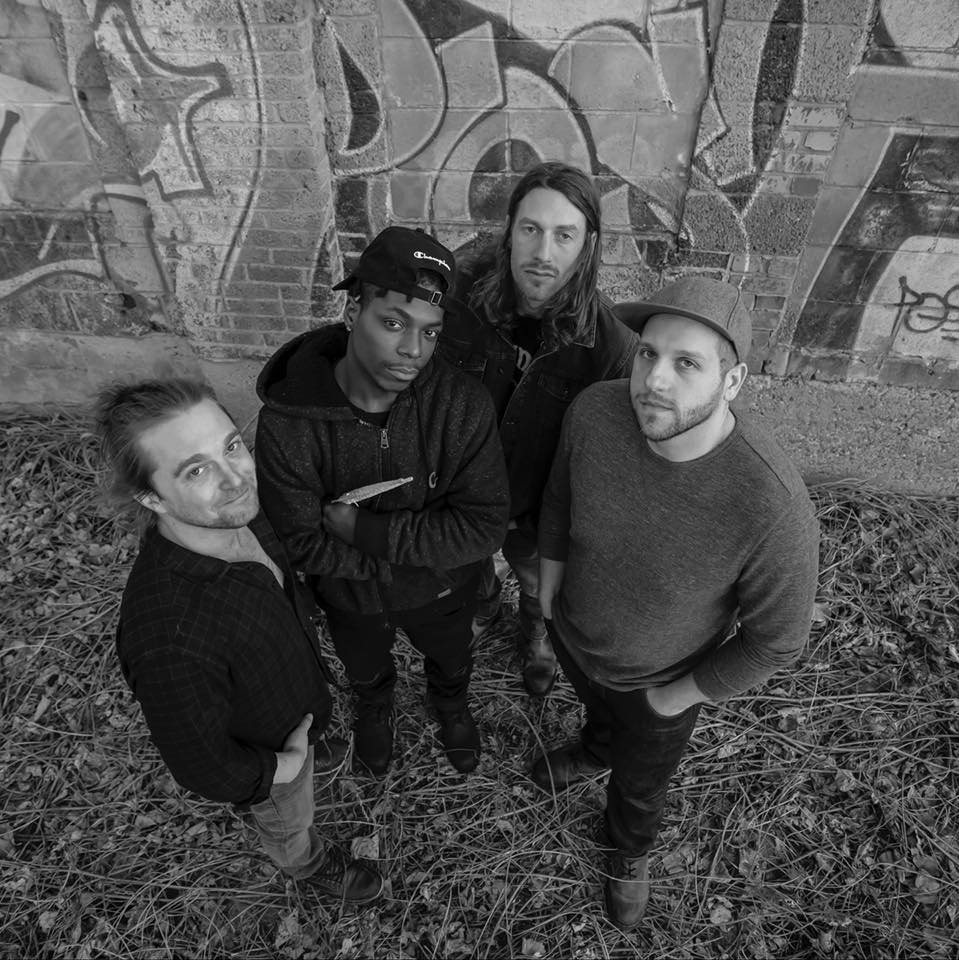 DEADSUN is a brand new Richmond quartet with an intriguing pedigree, featuring members of People’s Blues of Richmond, The Shack Band, and Tarrant laying down some killer rock n’ roll riffs. RVA Mag has the exclusive premiere of their first two songs — check ’em out right now, and get ready to rock.

For over a decade, People’s Blues Of Richmond was a mainstay here in the RVA, especially if you dug the sort of chaotic rock n’ roll goodtimes this trio dished out. I’m sure I’m not the only one in this town who has missed them since they’ve been gone. And I know it might seem like PBR played their last shows not too long ago; after all, the pandemic was a major time distortion for everyone. But the fact is, it’s been over two and a half years since we heard from those boyos; at this point, anything new from that corner of the Richmond scene is not only welcome but highly anticipated.

Luckily for us all, the wait is over. DEADSUN is a new quartet gracing the Richmond scene, featuring two former PBR members — bassist Matthew Volkes and drummer/backing vocalist Nekoro Williams — along with guitarist Dylan Barrows, previously of Tarrant, and The Shack Band’s Hunter Pease, who takes on guitar-slinging frontman duties. DEADSUN played their first show at The Camel a couple weeks ago, and right now, we’ve got an exclusive taste of the first two songs they’ve released. These tracks were laid down recently at Elephant Ear Studios, with engineering and mixing by Jeremy Simmons, and mastering duties handled by Dan Millice. So, without further ado, let’s get into it.

“Hard Living” has the same grimy, gritty rock n’ roll feel that PBR brought into the world, but Pease and Barrows inject a slightly more progressive theme into this song about struggling to get by in the urban environment. In fact, with Pease’s smooth tenor laid overtop of the dueling lead guitars from both Pease and Barrows, there’s a subtle element coming through that makes me think of grunge — though more on the Jane’s Addiction/Soundgarden end of things than Pearl Jam or Alice In Chains.

“Don’t Do It Again” is a more restrained track, but the intensity that bubbles under even the quieter portions of the song’s verses pays off in a big way once the chorus hits and the solo from Dylan Barrows kicks in. Williams’s drumming is as mindblowing as ever, though he mostly eschews flashy fills in order to ensure that his beats serve the song, first and foremost. The result is every bit as pleasing as “Hard Living,” even if it doesn’t give you quite the same musical smack across the face.

DEADSUN are just beginning to make their name around the Richmond scene, but if you keep your eyes open, you’re sure to see plenty of them in the coming months, starting with their set as part of Daydream Fest, a dozen-band festival taking place on Memorial Day, Monday May 30, at Main Line Brewery. But that’s another story (one you should keep an eye on RVA Mag for in the coming days). For now, let these new tracks from DEADSUN glide you into this lovely May weekend.