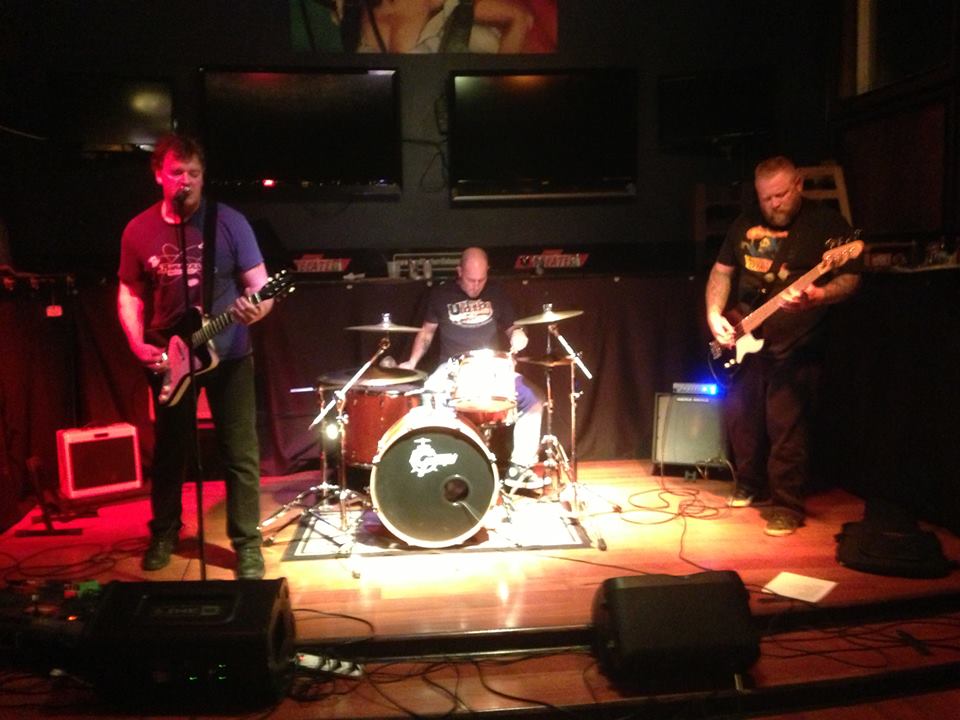 First listen of Richmond’s Dismal Swamp Lords is intriquing and keeps you wanting to find out more about these guys.

First listen of Richmond’s Dismal Swamp Lords is intriquing and keeps you wanting to find out more about these guys.

The name is fitting as the three-piece group, who will soon release their self-titled debut EP, combines a mix of punk, blues and rock and roll into their music and for most bands it would be convluded, muggy mess, but for the Lords of the Swamp, it works.

Dismal Swamp Lords will drop their debut five-track EP Sept 8., but you can take a listen to it now on their website and here. It will also be available soon on iTunes, at Plan 9 and their upcoming show at Banditos Aug. 27.

Their sound is driven by Southern roots, with Bruce Smith on guitar, Blee Child on the drums, and E.T. Snider on bass and the band take cues from the likes of the Rolling Stones, Creedence Clearwater Revival, Howlin’ Wolf, the Ramones, and Hound Dog Taylor.

“As far as a mashup of genres, we definitely mixed a blues influence with punk,” Smith said. To me the music has a swampy, Southern feel to it. There was a conscious decision to feature slide guitar since not many bands that do that. The goal is to write rock & roll songs that are thoughtful, hip-shaking, and often humorous.”

Even though you won’t be able to listen to all of the tracks until the night of the show and when the EP comes out, you can get a taste of two tracks including “The Devil Does the Driving” and “Black Crow Blues” here.

Sell music on itunes at ReverbNation.com

“The Devil Does the Driving” is definitely a whiskey-drinking, truck-revving, cigarette in hand with the music blaring type of track. It’s perfect for cruising down a dark highway thinking about what you’ve done with your life and where life has taken you. Not that I condone combining the whiskey and the driving, but it does conjure up that image.

DSL came together in 2014 and are now on their own record label, Bossy Lil’ Thing. The album was recorded and produced by, John Morand, at Sound of music Studios.

All of the guys that make up the band were in bands before coming together to create the swamp/punk sound that compromises the Dismal Swamp Lords.

Smith is a Richmond native and has played with South-Carolina-based band Venue Throw. He’s played in several bands with Blee Child as well. Child, who hails from West Virginia, also plays drums for Iggy Plop, a tribute band to Iggy Pop, and Little White Pills.

“He introduced me to E.T. and we had instant chemistry as a band,” Smith said. “They’re a great rhythm section and really raise the bar for me as a musician. We’re all pretty open-minded and listen to all sorts of music, but I think we’re really just die-hard rock and rollers.”

Snider is a Winchester native, and plays bass with Brown Sabbath, a Black Sabbath tribute obviously.

Smith said he writes all of the songs and the band helps with arrangements and added inspiration for their swampy tunes sparks from all sorts of places.

“Inspiration comes from guitar riffs, random song titles I dream up, and whatever books I’m reading,” he said. As far as songwriting influences, I am especially fond of the Rolling Stones, the Velvet Underground, the Cramps, and the Gun Club.”

Dismal Swamp Lords will open for Agent Orange and Chrome Daddy Disco at Bandito’s on August 27. The band will also have its first show at The Camel Sept. 29. Show starts at 9:30 pm.