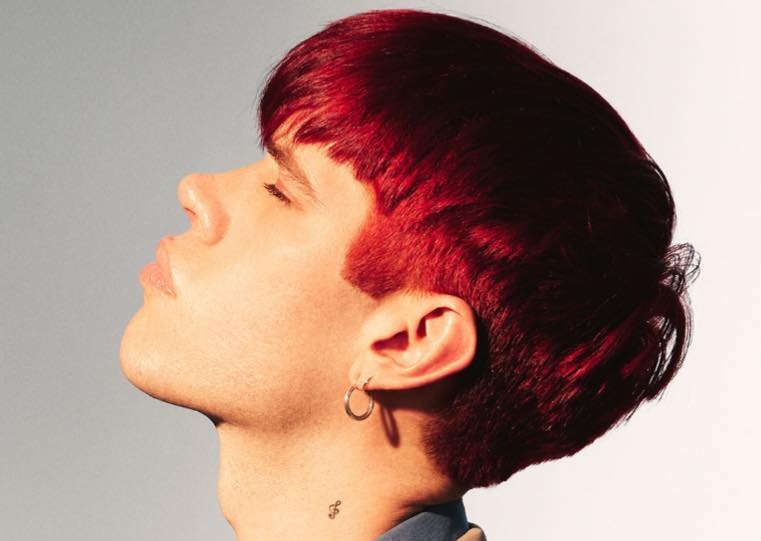 New York synth-pop act Porches just released their new album, Ricky Music. We spoke to them about the ever-changing nature of songwriting ahead of Porches’ scheduled performance at The Broadberry later this month.

“For some reason, I’m more thrilled to tour in my life than I’ve ever been.”

Aaron Maine, also known under the alias Porches, his New-York based synth-pop project, is releasing his long-anticipated album Ricky Music March 13. Two years after his last album, The House, was released in 2018, Maine could not be more eager to share his latest creation with the world.

Over the phone, he delved deeper into how his personal experiences, relationships and surroundings inspired his fourth studio album as Porches.

From his origins in Pleasantville, New York, and traveling a frequent amount throughout his career, Maine says his surroundings always influence his headspace while creating his music.

“I’m in Chinatown now, I moved to this spot after living in Greenwich Village for five years,” he says, his deep voice resonating from the other end of the line. “It was the first place I ever lived alone, so that was a big change of scenery. It might not seem like much moving less than two miles from where I was before, but it feels like a whole other city almost.”

Maine’s relocation had a profound impact on the themes and influences in Ricky Music, but he also explains that even the slightest change of his routine transcends through his songwriting.

“Even just making music in a different room is different,” he says. “My music is so close to my personal life that the smallest adjustment can make all the difference.”

Although he admits that some of the songs are purely “fantasy,” what can mostly be anticipated from the new project is the essence of his daily life when the album was written.

“It’s essentially a snapshot of the time period that I wrote these songs in, and it’s pretty autobiographical,” he says.

He even explains that the album’s name is also an ode to how closely Maine associates his music with himself.

“Most people call me Ricky,” he says. “It’s music that I make, and I think, for whatever reason, I was like, this is it. It’s Ricky’s music.”

In terms of his creative process, Maine says he writes often to be able to pick and choose what content best reflects his life at the time.

“Some artists will sit down and write and record an album in a month, but I write pretty much every day,” he says. “And by the end of it, I have this body of work to choose from and piece together the most compelling, as well as honest, collection of songs that kind of sums up what I was doing during the time.”

Even though the subject of mundane, every-day life is explored through this album, Maine suggests that even routine monotony can exemplify more underlying, complex emotions.

“You know, there’s some of the typical things music is about, like romance,” he says. “But it can be as mundane as going to the mall and buying lipstick for someone you’re in love with, or being totally heartbroken finding that person’s hair on your brush.”

Just as Ricky Music has acted as somewhat of a time capsule to capture this period of Maine’s life, he says he appreciates being able to look back on Porches’ 10-year discography to pinpoint the different phases of his life and growth.

“I think it’s really special to have that all in one place, and to be able to look back and see the growth and tangency that went on,” he says about his past music. “You can remember where you were when you made a certain song or a certain album.”

When asked to describe the album in a few concise words, Maine knew exactly what to say.

Porches’ new album, Ricky Music, is out March 13. They will be kicking off their tour in Richmond on Monday, March 23, at The Broadberry. Tickets are $15 in advance, and can be purchased here. [Editor’s note: in this time of coronavirus, all public events are subject to change, postponement, or cancellation. It’s a good idea to check for updates.]