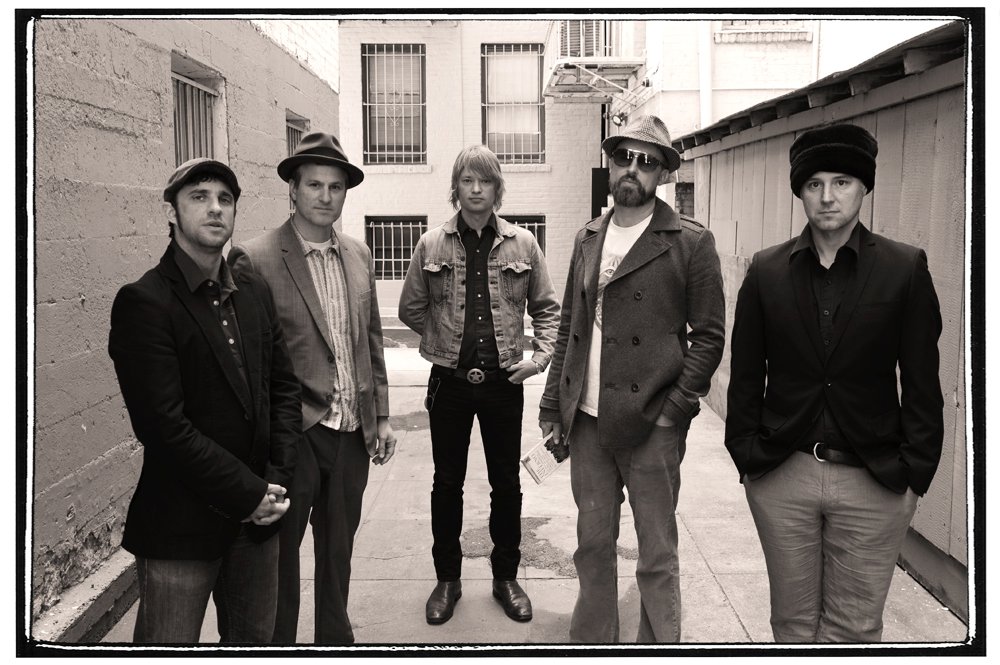 My first live show, apart from Sunday’s choir, was the 2011 Winter Meltdown show in Norfolk. The headliner was the iconic alternative rock group, Cake, a band formed in 1991, years before I was born. I knew a few of their hits, but had never truly “gone the distance” in their lengthy discography.

I didn’t know what to expect, but my other options were Taking Back Sunday or going home, so I held my spot and went along for the ride. The band steamrolled through the bulk of their set, as an unruly crowd of thousands rocked out around them. It wasn’t until the eighth song that a thrown condom, blown up like a balloon, made it to the stage. Founding member and lead vocalist John McCrea cut the song as the well-lubricated balloon landed inches from his feet.

A premature chuckle came from the crowd, expecting McCrea to laugh along. Instead, deadpan, he gazed on the crowd as he slammed his foot down, crushing the nearest well-lubricated balloon before it could pop on its own. There was an awkward pause–none of us knew what to think–then a roaring applause, drowning out the music as the band picked up again. To this day, I don’t know what to make of the moment, and, I think, neither did McCrea, who broke his unflinching stare to laugh along with the crowd. Regardless, it made for an unforgettable first time.

When I heard Cake was headed to Richmond this month on tour, I knew I wanted to speak with McCrea about their 27 years as a band, his views on our current political climate, which he shares over social media, and, of course, if we can expect any flying condoms at the show this weekend. My conversation with the five-piece who brought us “Short Skirt/Long Jacket” was brief, but ranged from the midterm elections to Christmas-themed capitalism and their current tour.

Band members Vincent DiFiore, John McCrea, Xan McCurdy, and Gabriel Nelson have continued to impress audiences and furnish the most cult-ish mainstream following of our time. From humble beginnings with their ’94 debut album “Motorcade of Generosity” to their sixth studio album, “Showroom of Compassion,” released in 2011, Cake has stood the test of time. McCrea’s monotone, sarcastic lyrics, accompanied by DiFiore’s distinctive trumpeting and a minimal orchestration of cheap guitars and eclectic influences ranging from Mariachi music to Iranian folk, have kept their records in high demand throughout their long career.

Well known for their outspoken social media presence, Cake’s ideology is attached in every shade of their irony-drenched aesthetic. Their unfiltered critiques of fame, glamour, and politics are woven through their online postings and McCrea’s deadpan lyrics. I asked why they had been so politically active in recent years, apart from the obvious reasons. The vocalist-turned weekend activist was well spoken on an array of domestic policy and environmental issues.

As far as the midterm elections, he chuckled wryly, and said, “Hoping we have a real election without Russian hackers, maybe, but I’m still a bit wary of the whole thing…trying to be optimistic.”

Although critical of fame, McCrea said easier transportation and reliable hotel rooms were perks of popularity he appreciated. “Twenty years ago this was a lot harder, physically, because we drove, sometimes we’d pile in and drive, hoping there’s a place to stay,” he said. “If not, we’d just drive all night long to the next gig.”

McCrea and his ensemble began like any other, having to wait tables, drive trucks, and do whatever else they had to do to pay the bills.

The group formed out of opposition to the bombastic grunge scene of rageful white angst clogging the airwaves, a critique of the flawed “might is right” aesthetic that carried out the final chapter of the 20th century. McCrea described other ’90s acts as having an insecure, immature sound. He said, “My critique of them is I don’t so much believe that they have low self-esteem, but when your amp is turned up to eleven, there’s a certain inherent entitlement that creates cognitive dissonance in the form of low self-esteem.”

They became the un-anglo-rock group, eschewing the blown-up hair and Michael Bay production amps of other post-modern “alternative” bands.” McCrea called it being rebellious, saying it was a necessity to differentiate their music. Although they’ve endured and become a success, they’re still rebels; they release their music through their own label, Upbeat Records, which they created in 2007 in defiance of the mainstream music industry, or the “evil empire,” as McCrea called it.

McCrea described himself as “offended” by the hypocritical nature of the glamour rock scene, who, behind the shoulder pad and eyeliner facade of “rebellious and subversive” struggles, are just dudes stroking their own egos. “In a country where more is always better, somehow it didn’t seem to click like that to me. Not all of it was bad but there nothing different about each of them, just Rush in different clothes,” he said.

McCrea is critical of the rock genre, but finds novelty and insights in a cross-section of music from other cultures. He pointed to the hip-hop community and Latino folk music of his native Sacramento as examples. “An interesting difference in perspective is how rock videos typically portray guys in urban decay settings while hip-hop would be featured in a suburban home, maybe upscale with shag carpet or nice furniture. It’s an interesting difference. Or maybe it’s just the universe balancing itself out,” McCrea said.

Another style he’s drawn to and sees as an influence in grunge rock, is the blues. Although he said the average grunge musician wasn’t living the life of an early blues singer, they were dipping into the deep well the tradition left behind. “Lyrically and culturally, there’s the blues. A kind of cathartic release that transforms the music. To be fair, grunge writers were keeping in the tradition even when they weren’t a guy getting out of jail–they weren’t extreme,” McCrea said.

Even if they weren’t always aware of it, he described the blues as his primary influence; the active soul of the working class, that powered all of their work. “Our very existence was a questioning of the orthodoxy,” he said, adding in a tone that conveyed air quotes, “everything loud is powerful.” He said it “doesn’t make sense to call it rebellious” when musicians are just turning out the same formulaic sound.

About fame, outside of the creature comforts of travel, McCrea turned caustic. “It’s like wearing a Mickey Mouse costume where no one can really see you, plus it’s hot as fuck under there, just shaking peoples hands under that fucking Mickey Mouse costume,” he said. Would he ever go to a theme park, even at Christmas? At the holiday, McCrea cut me off. “The United States creates twelve tons of garbage during the month of December alone, it’s fair to say I’m not a fan.”

Cake will continue their East Coast tour through Sept. 22, with stops including Philadelphia and New York before making their way to Richmond to take the stage alongside Ben Folds at Virginia Credit Union Live this Sunday, Aug. 19. Tickets range from $39 to $75 and you can snag yours here.