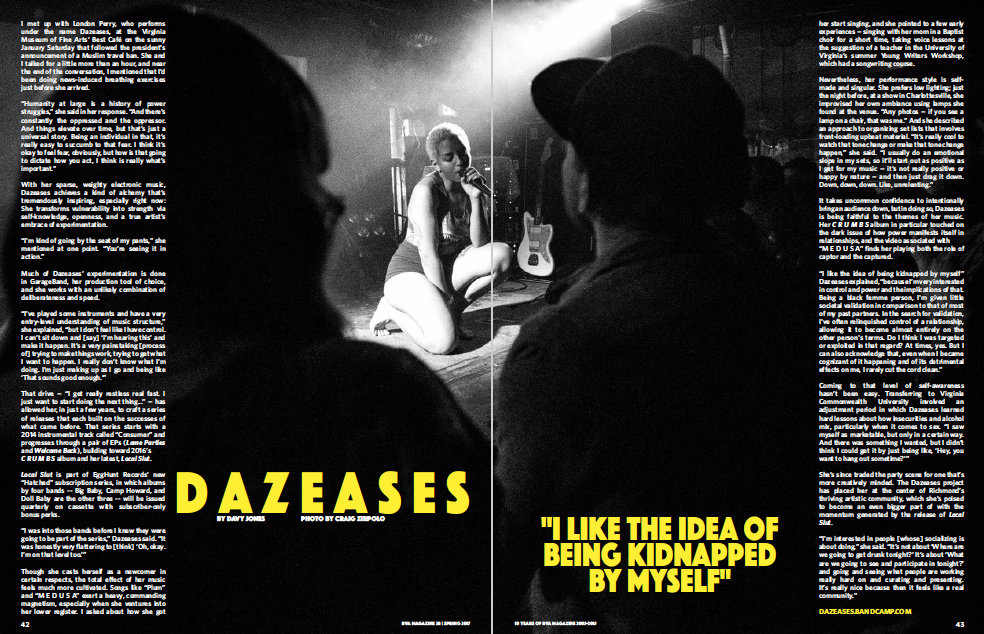 I met up with London Perry, who performs under the name Dazeases, at the Virginia Museum of Fine Arts’ Best Café on the sunny January Saturday that followed the president’s announcement of a Muslim travel ban. She and I talked for a little more than an hour, and near the end of the conversation, I mentioned that I’d been doing news-induced breathing exercises just before she arrived.

“Humanity at large is a history of power struggles,” she said in her response. “And there’s constantly the oppressed and the oppressor. And things elevate over time, but that’s just a universal story. Being an individual in that, it’s really easy to succumb to that fear. I think it’s okay to feel fear, obviously, but how is that going to dictate how you act, I think is really what’s important.”

With her sparse, weighty electronic music, Dazeases achieves a kind of alchemy that’s tremendously inspiring, especially right now: She transforms vulnerability into strength via self-knowledge, openness, and a true artist’s embrace of experimentation.

“I’m kind of going by the seat of my pants,” she mentioned at one point. “You’re seeing it in action.” 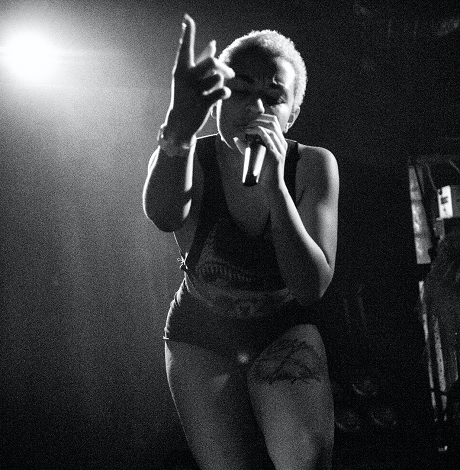 Much of Dazeases’ experimentation is done in GarageBand, her production tool of choice, and she works with an unlikely combination of deliberateness and speed.

“I’ve played some instruments and have a very entry-level understanding of music structure,” she explained, “but I don’t feel like I have control. I can’t sit down and [say] ‘I’m hearing this’ and make it happen. It’s a very painstaking [process of] trying to make things work, trying to get what I want to happen. I really don’t know what I’m doing. I’m just making up as I go and being like ‘That sounds good enough.’”

That drive — “I get really restless real fast. I just want to start doing the next thing…” — has allowed her, in just a few years, to craft a series of releases that each built on the successes of what came before. That series starts with a 2014 instrumental track called “Consumer” and progresses through a pair of EPs (Lame Parties and Welcome Back), building toward 2016’s C R U M B S album and her latest, Local Slut.

Local Slut is part of EggHunt Records’ new “Hatched” subscription series, in which albums by four bands — Big Baby, Camp Howard, and Doll Baby are the other three — will be issued quarterly on cassette with subscriber-only bonus perks.

“I was into those bands before I knew they were going to be part of the series,” Dazeases said. “It was honestly very flattering to [think] ‘Oh, okay. I’m on that level too.’”

Though she casts herself as a newcomer in certain respects, the total effect of her music feels much more cultivated. Songs like “Plum” and “M E D U S A” exert a heavy, commanding magnetism, especially when she ventures into her lower register. I asked about how she got her start singing, and she pointed to a few early experiences — singing with her mom in a Baptist choir for a short time, taking voice lessons at the suggestion of a teacher in the University of Virginia’s summer Young Writers Workshop, which had a songwriting course.

Nevertheless, her performance style is self-made and singular. She prefers low lighting; just the night before, at a show in Charlottesville, she improvised her own ambiance using lamps she found at the venue. “Any photos — if you see a lamp on a chair, that was me.” And she described an approach to organizing set lists that involves front-loading upbeat material. “It’s really cool to watch that tone change or make that tone change happen,” she said. “I usually do an emotional slope in my sets, so it’ll start out as positive as I get for my music — it’s not really positive or happy by nature — and then just drag it down. Down, down, down. Like, unrelenting.” 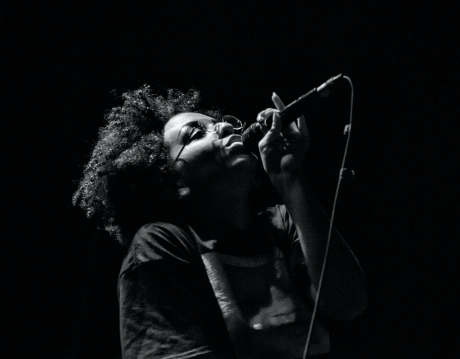 It takes uncommon confidence to intentionally bring an audience down, but in doing so, Dazeases is being faithful to the themes of her music. Her C R U M B S album in particular touched on the dark issue of how power manifests itself in relationships, and the video associated with “M E D U S A” finds her playing both the role of captor and the captured.

“I like the idea of being kidnapped by myself” Dazeases explained, “because I’m very interested in control and power and the implications of that. Being a black femme person, I’m given little societal validation in comparison to that of most of my past partners. In the search for validation, I’ve often relinquished control of a relationship, allowing it to become almost entirely on the other person’s terms. Do I think I was targeted or exploited in that regard? At times, yes. But I can also acknowledge that, even when I became cognizant of it happening and of its detrimental effects on me, I rarely cut the cord clean.”

Coming to that level of self-awareness hasn’t been easy. Transferring to Virginia Commonwealth University involved an adjustment period in which Dazeases learned hard lessons about how insecurities and alcohol mix, particularly when it comes to sex. “I saw myself as marketable, but only in a certain way. And there was something I wanted, but I didn’t think I could get it by just being like, ‘Hey, you want to hang out sometime?’”

She’s since traded the party scene for one that’s more creatively minded. The Dazeases project has placed her at the center of Richmond’s thriving artistic community, which she’s poised to become an even bigger part of with the momentum generated by the release of Local Slut.

“I’m interested in people [whose] socializing is about doing,” she said. “It’s not about ‘Where are we going to get drunk tonight?’ It’s about ‘What are we going to see and participate in tonight?’ and going and seeing what people are working really hard on and curating and presenting. It’s really nice because then it feels like a real community.”

We are live all this weekend! https://youtu.be/vvyxNd4LOoY We made it to 15 years of RVA Magazine and our friends are bringing the... READ MORE

Canadian DJ Rezz accomplished her mission of bringing peace through music as she blew the crowd away at Friday night's show at the... READ MORE

Canadian DJ REZZ Brings Her Mass Manipulation Tour to The...

EDM lovers get ready for a mass hallucination as Canadian DJ and producer Rezz will take you through a mind-altering experience you don’t... READ MORE

We are live all this weekend! https://youtu.be/vvyxNd4LOoY We made it to 15 years of RVA Magazine and our friends are bringing the... READ MORE

Canadian DJ Rezz accomplished her mission of bringing peace through music as she blew the crowd away at Friday night's show at the... READ MORE

Canadian DJ REZZ Brings Her Mass Manipulation Tour to The...

EDM lovers get ready for a mass hallucination as Canadian DJ and producer Rezz will take you through a mind-altering experience you don’t... READ MORE