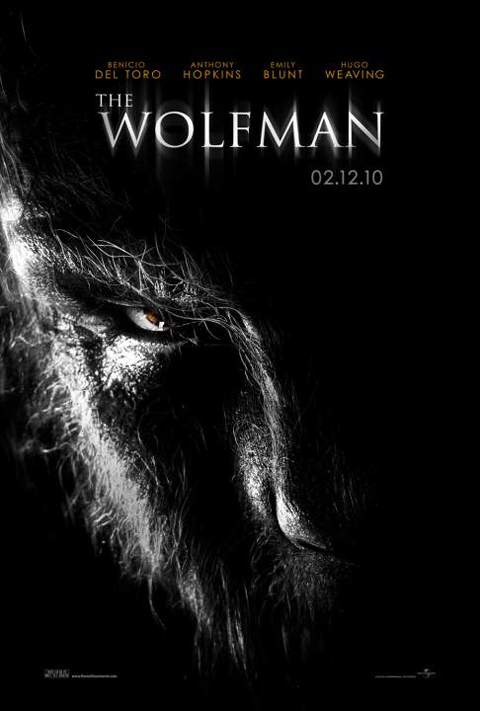 As with any remake, this new version of The Wolfman has big shoes to fill.

As with any remake, this new version of The Wolfman has big shoes to fill. The original 1941 film may seem short and campy by the standards of today, but at the time of its release it captured imaginations and made the werewolf a legendary movie monster. Unfortunately, the filmmakers behind this remake are unable to imitate the success of their predecessors. The film they turn in is populated with characters that feel more like placeholders than people. They see their fair share of gore over the course of the film, but, regrettably, not many actual scares.

The film is set in the late 1800s in the rural outskirts of London. The opening scene shows us a young man running through the woods surrounding a giant manor owned by the Talbot family. The man is Ben Talbot who lives in the mansion with his father, John Talbot, who is played by Anthony Hopkins, and his fiancee. It does not take long to see that poor Ben is trying to escape from something. He does not succeed. When Ben’s body is found the next day, his fiancee writes to Ben’s brother, Lawrence, an actor in London. She informs him of what has happened and asks him to come home to investigate his brother’s death. Why someone would ask an actor to investigate a mysterious death is anyone’s guess, but it brings Lawrence, played by Benicio Del Toro, back to the intimidating manor to confront and become a monster. 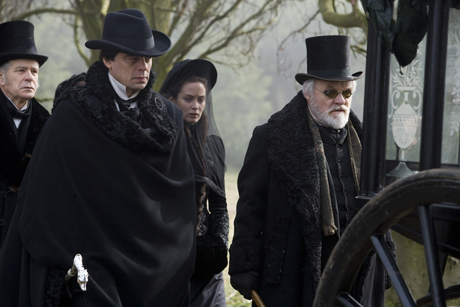 With high caliber actors like Benicio Del Toro and Anthony Hopkins performing in a film, it is a little disappointing that for much of the movie, the most compelling thing on screen is the scenery. Perhaps it would be more positive to count this as a victory for the set designers. The Talbot mansion is quite eerie. It has cavernous rooms with looming shadows and dim flickering candlelight that rarely reveals what may be hidden in those shadows. One look at the manor and the foggy forest and swamp that surrounds it would be enough to convince any passerby to keep his or her distance from the area.

A glimpse of the werewolf that lives in that area would be even more convincing. The make up and CGI used to create the wolfman is second to none. The filmmakers smartly do not allow us a decent look for some time into the film. The creature does not disappoint. The problem is, once the beast finally does go to work he becomes no better than a Michael Myers or Jason Voorhees. He runs into a crowd of people hacking and slashing and dismembering and splattering blood everywhere. This is a monster movie that thinks it is a slasher movie.

This genre confusion is not the only problem with the film. There is also a ridiculous love story between Lawrence and his dead brother’s fiancee, Gwen, played by Emily Blunt. Lawrence and Gwen probably have fewer than ten minutes of screen time together, so we really are not given any indication as to where their feelings for each other come from. Perhaps Gwen, in her grief over her dead fiancee, is just confused and reaching out to the brother of said dead fiancee. Maybe Lawrence is just trying to take advantage of a vulnerable young woman. I think the most likely explanation is that Gwen is faking it in an attempt to avoid being eaten by a werewolf.

It is clear that the filmmakers behind this remake of The Wolfman were paying far more attention to the visual details of the film than anything else. The monster looks fantastic. So do the sets and scenery. It is a shame that those sets had to have blood splattered all over them in order for the filmmakers to feel their film was scary enough for a modern audience. Perhaps the film could have captured some of the original magic if less time had been spent on the slaughter, and instead focused on Lawrence and Gwen. After all, emotional climaxes work much better when they actually elicit emotion.