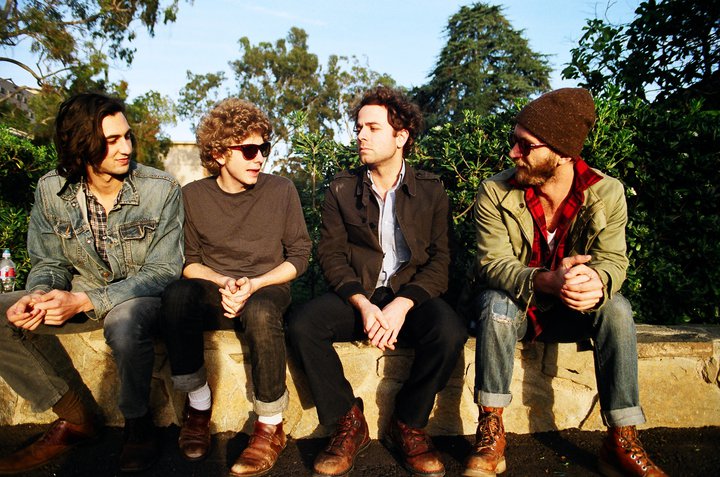 On the title track to their fourth record, All Your Favorite Bands, premier folk rockers Dawes have continued the

On the title track to their fourth record, All Your Favorite Bands, premier folk rockers Dawes have continued their long-standing tradition of deeply resonating lyrics aimed at controlling your thoughts for weeks on end. Not only do they name drop Charlottesville, VA (where they’ll perform tomorrow night) in the song, but they also fill a song with well wishes that stretch far beyond the typically empty gesture and poignantly touch down on the importance of continued memories.

The song hinges on its namesake, “and may all your favorite bands stay together,” and is a gentle reminder of how staggering a blow could be if your favorite band ceased to make music, whether they were esteemed veterans or lovable rookies on the scene. It’s a blow that glanced by fans of Dawes early this year when the band announced the departure of longtime member and keyboardist Tay Strathairn. One departure a break-up does not make, but that fact is still not enough to sway the most ardent of fans from thinking into the timing of a song like “All Your Favorite Bands” and Strathairn’s departure.

Drummer Griffin Goldsmith quickly pointed out to us the peculiar coincidence of his leaving and the album’s release, though he wasn’t necessarily sold on the foreboding elements their last release may have touched down on. “Well, it’s not a breakup, but I can see where people get the mixed message. Tay brought a lot to the band and we’ll definitely miss him going forward, but really it’s just more ironic than it is bittersweet. For us, it’s more of just a shedding of skin for ourselves as a band to move forward and just another obstacle for us to face moving forward.”

Goldsmith admitted the band hasn’t faced too many overt obstacles before this line-up change since he began the band with his brother Taylor (vocals) in 2009. Still, he very much believed that the obstacles were there, even if they were somewhat obvious. “Really for us, our obstacles now are to just be earnest and true to ourselves, while also approaching each record in a fresh way. It’s a lot easier said than done, especially after you’ve made a few records. To keep going forward while not become repetitive, it’s always an obstacle and one that just grows with time.”

He’s right too – being able to stay fresh and genuine after years of performing together is a real challenge, even if most artists today dismiss it. At some point, you’re natural formula is going to begin to take control of how you write songs. Once you start heading down that road though, there’s almost no turning back, no matter how successful your formula for writing songs can be. To Goldsmith and the rest of Dawes though, he’s lucky enough to have plenty of musical idols to look towards for inspiration on moving forward with a new approach. “Jackson Browne is just so amazing at doing that. There’s plenty of other artists too, but he instantly comes to mind. Electric Light Orchestra too. I just saw Jeff Lynne perform recently and all of his records have been great and different, even the new one. It’s completely doable, but I think it was something those artist had to be very conscious about.”

Goldsmith’s acclaimed drummer is a huge aspect of the music Dawes creates, but at the end of the day, a lot of the responsibility of staying fresh lies on his brother Taylor who serves as the primary songwriter. Despite it being well known though, Taylor himself is quick to attribute much of his success to the feedback he receives from his brother. “I just offer my ear really. Always have, but Taylor really uses me as a sounding board to see if he’s going in the right direction or to see what needs to be tweaked. We share the same values in music at the end of the day and we know each other so well that I’m just able to help him connect the dots quicker than he would by himself sometimes. He’s such an amazing songwriter though – he could get there by himself, but I love being able to help out in any way I can.”

It’s this type of band dynamic that Goldsmith believes helps overcoming those obstacles feasible, even as Strathairn’s departure delivers a costly blow. “We’ve had to change things up on the road for sure, but it’s also given us an opportunity we haven’t had before to play with the line-up and approach the music in a different way. It leaves the door wide open for what we can do next and that’s just as exciting as anything we’ve ever done.”

It seems then the mortality of Dawes is not the only thing fans should be offering well-wishes on. Let’s hope that Goldsmith’s declaration becomes true and may the rest of our favorite bands also continue to push forward with new musical ideas. Not as snappy and concise as a Dawes lyric, but I think you get the sentiment and I think Dawes knows it more than anyone for the future.

Dawes plays The Jefferson Theater in Charlottesville tomorrow before a sold out show with Hiss Golden Messenger opening the evening. If you’re willing enough, keep an eye on Cragislist and Stubhub for a ticket. Doors are at 7pm and for more information on the show, click here.