From Lo-Fi to Pop: Colleen Green discusses her recent journey before her RVA debut at Strange Matter - RVA Mag 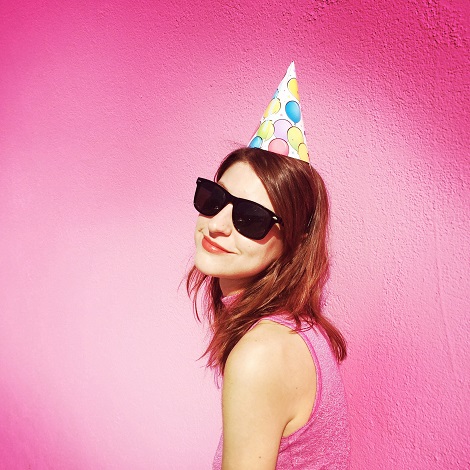 In a year full of phenomenal and impactful albums, LA musician Colleen Green seems to have distanced herself from the pack wit

In a year full of phenomenal and impactful albums, LA musician Colleen Green seems to have distanced herself from the pack with her latest record that’s strongly resonating with the majority of music loves, both young and new.

On her third album released this past February entitled I Want To Grow Up, the now-thirty-year-old has evolved from her celebrated lo-fi roots and adapted a reluctant pop star role that stands tall over a background of loveable and memorable 90s indie rock. Green makes her long-awaited debut in Richmond this coming Wednesday at Strange Matter in a venue that seems fitting for her lo-fi and grunge roots, but almost incongruous considering all the adulation she’s now receiving as the underground’s newest “pop star.”

While many things deserve to be celebrated on her latest record, not one is being talked about or held on a pedestal more than the themes of the album. From song to song, Green explores her faults and shortcomings as she enters her thirties, but what really makes the album stand out is the straightforward manner in which each thought is expressed. There’s no masked imagery when she discusses her feelings of inadequacy or opens up to her internal and external vices. Instead, the themes of each song are effortlessly displayed through straightforward lyrics like “I can’t ever pay attention / To anything you ever say to me / It’s an awful affliction / Don’t know why” on album highlight “Pay Attention.” Still, as easy as the album’s theme could be for someone in Green’s shoes, she fully admits that there’s another and more basic reason behind the albums lyrical themes.

“Not wanting to grow up is definitely a common feeling among my peers who need to make that leap, but also – I really just wanted to use the Descendants reference.”

The reference Green is referring to is in regards to the second album from legendary California punk band Descendants’ second record back in 1985 entitled I Don’t Want To Grow Up. It’s not the first time Green has referenced the band (who just electrified Richmond this past weekend at GWAR-B-Q) – she’s released countless shirts in the style of the punk groundbreakers and her first album, 2012’s Milo Goes To Compton is a blatant reference to Descendant’s 1982 debut record Milo Goes To College.

“They were my inspiration for the entire theme of the record,” Green revealed. “They are where the whole album came from. It was really me thinking about the Descendants tattoo of the baby saying “I don’t want to grow up” and thinking of people I know getting that tattoo because they love the Descendants. It’s a very common tattoo to get if you love the band, but I was on tour and thinking a lot about it. I really love that tattoo, but would I ever get it? Obviously, I’m a huge fan of the Descendants, but I don’t think I could ever tattoo “I don’t want to grow up on my body” because really – I do want to grow up as weird as it sounds. Outside of that, the philosophy of their music really stuck with me, but it really all started because of that tattoo and album cover.”

Still, the album very clearly echoes her real life sentiments too as well as many people around her same age. It’s a vastly different world than the one the Descendants grew up in; thirty year olds today are bemoaning responsibility and adulthood just as much as twenty year olds did back in 1985. As she tackles this internal struggle of her generation, it’s almost fitting she does so as she matures musically more than ever.

On her previous two records, 2012’s Milo Goes To Compton and 2013’s Sock It To Me, Green won over tons of underground music fans who would spend hours extoling the virtues of her lo-fi compositions recorded in the comfort of her own living room. For I Want To Grow Up though, Green entered the studio for the first time and began spending as much time on the production of the songs as she did the actual writing of the songs in the past. For some fans, it was a huge leap sonically for the musician, but to Green, it was just something bound to happen as she strived for originality within her own catalogue.

“My goal when I started making records was to always be different,” Green explained. “I know they’re a lot different in that regard, but it’s neat to see the evolution from Milo, where it’s really lo-fi and home recorded, to Sock It To Me, which is a step up with some help behind the scenes, to this new one. It’s a total abandonment of lo-fi and completely a studio record. It’s actually making for some really cool interactions on the road. People are asking which record to buy and I tell them just what I described and a lot of them end up going for the medium, lo-fi Sock It To Me. It was really interesting. Really for the new record, it was an experiment to see what would happen if I was to make that change. I love lo-fi music, but I don’t want to be making the same thing all the time. I’ll definitely go back to it, but I wanted to something drastically different here.”

Green described the process as initially scary, but with friends from JEFF The Brotherhood and Diarrhea Planet behind the scenes, it made it all easier for her to let go of a process she had controlled so exclusively on her past two records. In detailing how she was able to let go, it’s almost as if the album title was the one thing truly guiding her through the experience.

“It was kind of cool to just let go of the reins,” Green stated. “I just had to be okay with the fact that someone else is mixing this and I have no control over it. I just needed to accept it because in the past, I had to do everything out of myself and not just out of necessity. It was because of stubbornness and this inherent need to jsut do it myself, you know? It felt good to give that up a bit, especially with someone I trust being in charge, and it’s because that’s something I need to learn about and work on in my daily life too. You know, grow up.”

According to Green, the concept of the pop record came long before she put pen to paper for the songs that would make up her junior album. She remembered the process of recording Sock It To Me while staying at her mentor Ruben Mendez (of Hardly Art) and his wife’s house and them being the ones introducing the concept of Green recording in a studio in order to make a fully polished record. She kept the idea in her back pocket as she went back and forth over the “new” thing to try on her next work, even though she didn’t seem to see a change in the songwriting one bit.

“I guess when I hear music in my head, I always imagine it to be fuzzy and lo-fi,” Green recalled. “I wrote the songs over a period of a couple of years here and there so there was never a concrete plan to do these in a studio when I first started them. I wrote the same way I always did – I just tried to do my thing and it just changed by the time we started recording.”

The end result is a ten song record that truly blew away what anyone was expecting for Green’s next work. While much has been written about Green’s “pop” singing or her new status in the music world, the overall sound of the record really evokes memories of that under-the-radar rock sound that girl groups of the 90s seemed to really master. Going hand in hand with acts like Throwing Muses or Juliana Hatfield, this album could have fit in as well in 1995 as it is in 2015. Still though, the pop comparisons aren’t off base. The combination of slick, modern production and simplistic lyrics work together on the record to make an aural experience that really could hold its own against any Sia or Carly Rae Jepsen album.

Like most artists, Green wasn’t expecting or anticipating much from the new music. “I just wanted to make my music and see what happened,” she mused, but she’s definitely seen a growth in the crowds coming to her concerts as well as shift in the attention those crowds are giving her.

“I’m playing bigger places for sure and the audiences are growing. I’m sure a lot of it has to do with who I’m touring with as well like when I did a tour with Upset in April, but I have noticed the songs are getting a lot more attention. The structures on the new songs are a bit more varied instead of just verse-chorus, which I wanted to try and work on. They also have more developed drum machine patterns so they have like different parts and fills instead of just being steady beats all the way through so that’s pretty cool. So far, I’ve been mostly touring by myself, but this current leg is going to have me with a full band and I haven’t done much of that yet so we’ll see how the crowds react. But ultimately, it’s still me and it’s all been really cool. I’m definitely surprised and I’m always just very flattered by it all.”

You wouldn’t expect a different kind of response from someone whose experiences before this consisted of turning on a recorder in her living room, mixing the songs alone, and then just trekking out on the road all by herself. Without that experience and that appreciation of the underground style of music, we’d never get an album like I Want To Grow Up. Not in a million years. But as it stands, Colleen Green’s insatiable work ethic, deep musical history, and keen observation of her generation all came together to make a truly unforgettable record. For Richmonders, they’ll get to recreate that amazing experience in a live setting during Green’s first ever show in Richmond this Wednesday at Strange Matter and who knows? Maybe you’ll find yourself wanting to grow up just like Colleen Green has personally and musically over the past two years. Consider yourself lucky if you do.

Colleen Green makes her debut in Richmond Wednesday night at Strange Matter alongside Bare Thoughts, Venus Guytrap, and Punani Huntah. For more information on the show and where to buy tickets, click here.