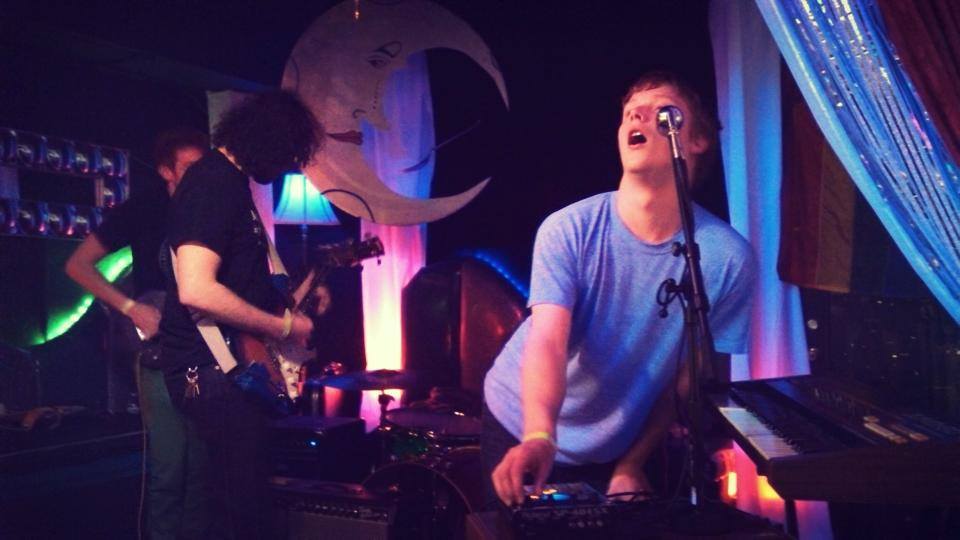 Harrisonburg, Virginia’s Malatese make tense and discomfiting music. Combining the lockstep acid-washed grooves of acts like Can and their kraut rock brethren with a manic postpunk frenzy, the band’s sound teeters between moments of sheer rock and roll chaos and terse plotting descents into the dark corners of the human psyche.

Harrisonburg, Virginia’s Malatese make tense and discomfiting music. Combining the lockstep acid-washed grooves of acts like Can and their kraut rock brethren with a manic postpunk frenzy, the band’s sound teeters between moments of sheer rock and roll chaos and terse plotting descents into the dark corners of the human psyche. The quartet, comprised of bassist Graham Brouder, singer and keyboardist Travis Legg, drummer Jon Reed, and guitarist George Dodson, have been making a name for themselves in their rural Virginia college town as the consummate weirdos of the region’s music scene, putting on shows in graffiti-covered basements and spewing forth torrents of noise and abrasion that defy simple categorization or even total comprehension.

Malatese made their impressive debut with their 2013 release Malatese Oksam Tejah, a high energy record of up tempo post punk that was driven by the band’s raw performance as well as singer Travis Legg’s captivating and urgent vocals that crystalized the genesis of the band’s unique sound. Now the boys are back with their impressive follow up EP, Animal Relief, a darker and even more psychedelic trip into the group’s subconscious, where everything is crawling and covered in a thick layer of sonic slime as the listener wades through track by track.

Like their previous release, Animal Relief, has further solidified the band’s bonds with their kindred spirits in the Richmond music scene. They’re releasing the physical tapes and vinyl records of the new EP through Richmond’s own Bad Grrrl Records, the de facto local home base to local musical misfits like Heavy Midgets, Tungs, and The Cales.

With the band in the process of embarking on another tour of the East Coast, we talked about their new sound, their hometown, and their upcoming show in Richmond–which happens tonight at Gallery 5.

You have a really original sound that touches on everything from postpunk to krautrock to bad acid trips. As far as I can tell from an outsiders perspective, you guys sort of exist as this musical anomaly in Harrisonburg, where there’s really nothing else even slightly comparable. Do you think that has helped the band develop its own sound?

It definitely wouldn’t feel as natural if everybody in Harrisonburg were doing the same thing, but the digital age makes geographical boundaries far less important. Focusing on the internal process is a priority for us when making music. There’s always been sort of an unspoken rule that no one in the band dictates what anyone else does.

Malatese has played and helped put on shows for MACRoCk the last few years–how has that infusion of music from across the region every year affected you all as artists and as a band? What did you think of the experience?

Playing at MACRoCk the last few years has been awesome. It hasn’t necessarily affected what we do musically, but it’s fun being involved with the festival from an outside perspective and seeing Harrisonburg in a different light. It’s this super-condensed thing that takes a ridiculous amount of planning all year, but once it happens, it’s just a huge party. 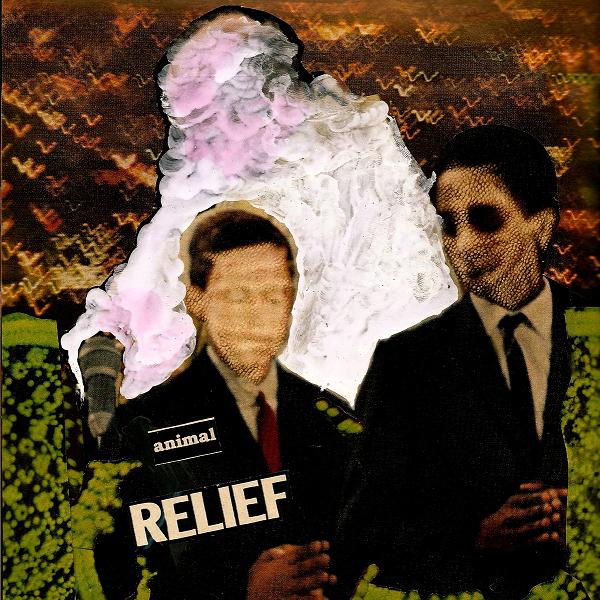 Your new record, Animal Relief, is a big step forward for you all as a band, it feels much more realized and sonically dense than your previous release, especially in terms of a sort of darker and more psychedelic aspect to the band’s sound. What influences and ideas were you all drawing from when you made the new record?

It felt a lot more wide open this time making an EP instead of a full-length. It ended up being more of an editing process making these songs – we’d play around an idea for a long time until something came together, and that would become a single part. When putting the parts together it was usually more about creating tension than cohesion, and we hadn’t been playing the songs for very long when we recorded them. Playing them live has a totally different feel now, but it’s usually good to avoid familiarity. It was also winter, [and] we were listening to a lot of This Heat and Pere Ubu; Jon was meditating on a Drum’s Not Dead aesthetic during the recording.

You all are going on a tour through the North East and are stopping in Richmond. You play with a lot of Richmond bands, and have a lot of musical similarities with the city’s rock scene as a whole. Do you see yourselves as being part of a broader Virginia sound that’s been coming up in the last few years?

People in Richmond seem to be into some of the same things we are, which is cool. It has a lot to do with exposure and proximity too; there are a lot of bands from the Northeast and South that have toured through DC, Richmond, and Harrisonburg, which could contribute to a sort of broader sense of what’s happening in music around the East Coast. Richmond’s got a pretty grimy attitude generally too, which seems to work pretty well with attracting interesting music. It’s always great to get excited for the next Bad Grrrl release, because we know it’s something we’re gonna play to death in the car or pop on at three in the morning and have a drunken sing-along to.

We’ve started recording again to sketch out the next batch of stuff. Hopefully we’ll have another release together this fall.

Malatese will be performing tonight at Gallery 5 (200 W. Marshall St) along with Tungs, Whatever, and Basmati. Music starts at 8 PM; admission is $5. For more info, click here.