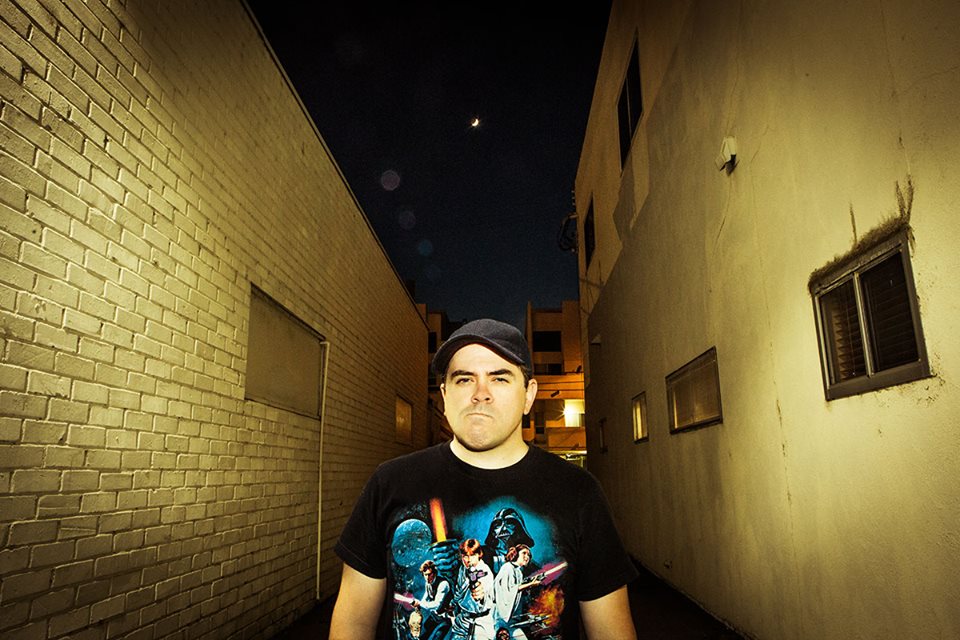 As the air gets cooler, the pumpkins get spicier and the moon gets moonier, we all know Halloween is getting closer, and with it, the immense pressure to come up with a whiz-bang costume.

As the air gets cooler, the pumpkins get spicier and the moon gets moonier, we all know Halloween is getting closer, and with it, the immense pressure to come up with a whiz-bang costume. The Halloween costume is about more than holiday spirit, it’s about the chance to express your individuality, become a living conversation piece, make some new friends, maybe even get laid. If you want to field-test your costume, or look for some last-minute, pop cultural inspiration, consider coming out to Thursday’s mc chris show at Strange Matter, complete with costume contest!.

The lawful king of nerd-rap will be returning to Richmond to celebrate ten years of touring, as well as the release of his brand-spanking-new album, mc chris is dreaming. Accompanying mc chris on this noble quest are fellow Nerdcore rappers MC Lars and Mega Ran. The trio, along with other members of the Nerdcore community, have recently made news with their responses to a recent kerfuffle on Jeopardy!.

mc chris took some time to talk about his new album, ten years of touring, and some of the sweet loot up for grabs at this year’s costume contest.

mc chris is dreaming is, arguably, one of mc chris’ most personal albums yet, even more so than his last album.

“In the last album, mc chris foreverrr, I talked about ghosts and grieving and dealing with the death of my father, but I coupled it with talking about the Ghostbusters,” mc chris said. “So this album, I dealt with kind of where my dreams are at, what they were revealing about my subconscious, and I coupled that with Freddy Krueger and the Nightmare on Elm Street movies.”

Conquering the ghosts of one’s past is a Herculean task in and of itself, but to deal with one’s own subconscious is an ant farm of a different color, but it’s a challenge mc chris felt he had to meet.

“I do talk about all different kinds of things that have to do with dreaming, like wet dreams and day dreaming and stuff like that, but I think I was just having nightmares,” mc chris said. “You feel like you’re done with something, or it’s not bothering you, and then your dreams are telling you this is still bothering you, maybe this is something you need to address. I didn’t feel like I was as happy as I thought I was, and my dreams were telling me that, and so I kind of wanted to investigate a little bit.”

Just to put to bed any concerns, mc chris fully intends on following through on some of his much-anticipated, more familiar projects (Marvel album, new kid’s album, Batman villains album). He considers the new album a necessary detour on the journey ahead.

“I had made plans to make those albums, and then something was pulling at my sleeve saying, ‘you have to deal with some stuff first before you can go to this happy place,’” he said. “I’m always kind of open to changing my plans and doing whatever I feel is right, and not necessarily sticking with a plan because I have to stick to it. It just felt right to me to do a little self-exploration, and maybe talk about some things I hadn’t talked about.”

With the release of the new album behind him, mc chris can now focus his undivided attention on the ongoing tour with his old pals MC Lars and Mega Ran.

As it is his 10th year on the road, mc chris said he was particularly excited to bring Lars and Ran who really help highlight the genre the three are a part of.

“These guys are just super nice dudes who work really hard and put on a great show,” he said. “Over the years, they’ve come to feel like brothers to me.”

And if all this hasn’t convinced you this isn’t a show to be missed, mc chris sweetens the deal with a high-stakes costume contest.

“We’re going to tour the whole country, we’re going to celebrate my new album’s release and ten years of touring, and also there’s going to be a costume contest,” he said. “For this particular tour, the grand prize is going to be $500 worth of NECA toys.”

mc chris, MC Lars, and Mega Ran will be performing at Strange Matter Thursday, Oct. 20th . Doors open at 7PM. For tickets and all other information and updates, visit the Facebook event page, or Strange Matter’s website [ http://www.strangematterrva.com/ ].