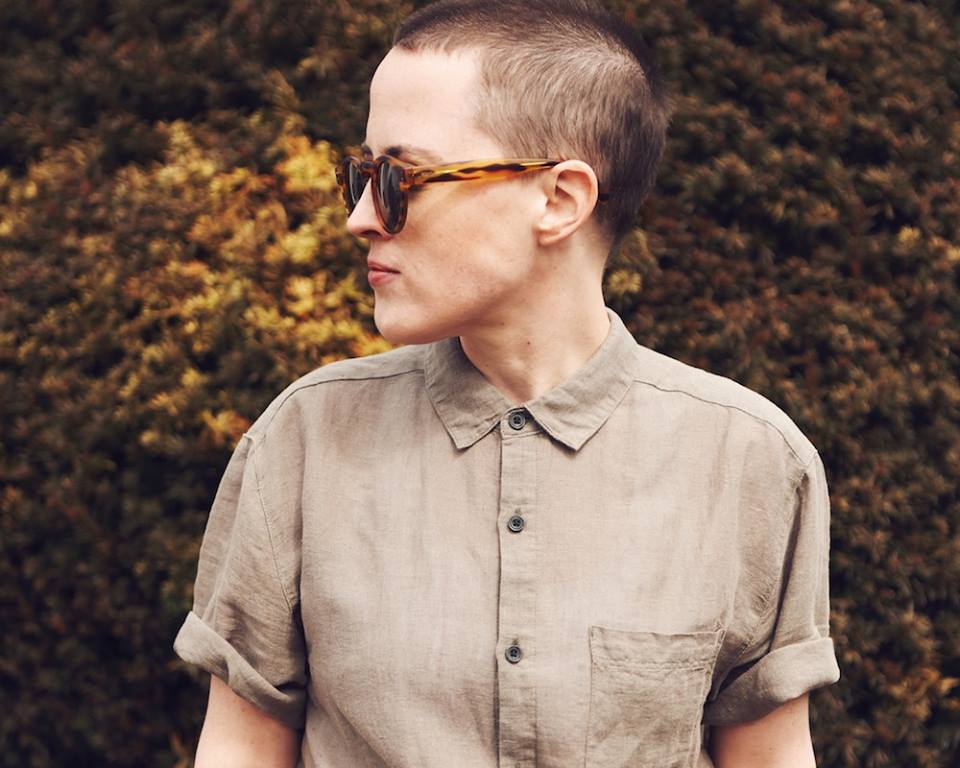 At times, the music industry sucks. Sure, music itself is great, but the business world that supports it and pushes it forward every year? That industry is brutal, cold, and unforgiving at times.

At times, the music industry sucks. Sure, music itself is great, but the business world that supports it and pushes it forward every year? That industry is brutal, cold, and unforgiving at times. It’s a fact most musicians know, even if they’d rather spend their time inflating the seemingly positive concepts as much as possible. But Lower Dens vocalist Jana Hunter is not one of those musicians.

Don’t read that as Hunter being bitter about the music industry. 2015 was by far the best year in the diverse musician’s long career and things are definitely looking up for the band and Hunter specifically. After years of toiling away, the band had an unexpected hit on their hands with their third record Escape From Evil, a record strongly anchored by its lead single “To Die In L.A.” It was a new sound for the band and one that paid off handsomely with many critics pointing to the Maryland band’s record as one of the best overall of 2015.

Hunter was surprisingly honest when discussing Escape From Evil‘s success and touched down on some very real issues that plague veteran bands in this day and age. “We wanted a show that’s easier for people to connect with and that reached hopefully more people so that we could make our tours a bit more sustainable going forward,” Hunter detailed. “It was that, but also a combination of a lot of other things. I think that we intentionally pushed the press on stuff so we’d hopefully reach more people or at least have a more fruitful year touring than we had previously. Also, I do think the songs themselves and the recording process itself skewed a bit more accessible than we had done in the past. The combination of those things and I also think the band is better lately and the shows are better. It’s a lot of stuff and a lot of work went into that.”

It’s definitely weird to hear a band member describe their change in sound as a way to make their tours “more sustainable.” Sure, Hunter offered up some more expected answers when it came to the band’s new direction and subsequent success. “It’s poppy and catchy,” Hunter admitted, “but we didn’t know how it would translate to people. Total mystery to me.” Yet in the same breath, Hunter steered the conversation back to the concept of self-sustainment in addition to the more radical concept of artistic compromise. “This new sound, I mean, we have a lot of varied musical background between us and different interests and some of that is determined by what we’re interested in doing. It’s also determined by what kind of compromises we’re willing to make in order to have the kind of career that sustains itself so that we don’t have to have day jobs.”

It’s a harsh look into the reality of what most musicians go through today. Should I continue making the music that interests me, even if that means having to work additional jobs to pay the bills? Or should I tweak things here and there and appeal to a bigger demographic in order to be able to do this full time? They’re hard questions to answer and in Hunter’s mind, they don’t stop there. “Once you make one decision, there’s all these other ones too. Who’s to say if we’re going to in a more poppy or less poppy direction? Maybe we’ll end up making chamber pop music or we’ll end up making dance music. Who knows? It’s a constant struggle really.”

Artistic compromise or not, hundreds of musicians would kill to be in the spot Lower Dens is in and Hunter is not taking it lightly at all. “I never want to come off like someone who isn’t grateful for everything they do have considering the way the climate is in the music industry. Sometimes, it just feels like you work much harder than what you get back and I imagine that it feels like in most other industries too. I often feel like when people do make it big that has a lot to deal with luck more than hard work. More golden opportunities than how much talent or effort you put into it. Lower Dens is the same way no matter what.”

Hunter’s built a reputation not only for her music, but for her outspoken ideals about the industry. Not just on the business side of things though as Hunter spends just as much time furthering the conversation when it comes to discrimination of women in the music world. It’s a conversation people are hearing about more and more from established musicians like Des Ark to even male led bands like The Hotelier, but it’s one that Hunter’s been a part of for years now, long before it was even given an audience to hear. “I feel like with any discrimination talk like that, it has to go through many cycles before it can become an open conversation,” Hunter began. “You have to go through the cycle where somebody talks about and then they’re laughed at and made fun or and they’re ridiculed until they are put back in their place. Then, hopefully someone else comes along who says I know that that happened to someone before me, but I’m going to try again and eventually it reaches this apex whereby the accumulated voices from various people start to have an impact as a group, as a whole, and as a concerted effort, whether or not people intended that. That provides a platform where someone like me can speak more openly and is more heard.”

To Hunter, it’s been a long road to get this point. “I think that if I was talking about two years ago let alone five or ten years ago, I don’t think anyone would take anything I had to say seriously. I remember trying to say some of the same things a decade ago. You’d get shut down or be totally ignored. People weren’t just ready to hear about it then and a lot of people still aren’t. It will continue to be that way and who knows if it will ever dress in a way that it’s the kind of conversation that changes things, but it is finally the conversation that can be had so that means something for some of us.”

As seen last night by Taylor Swift’s Grammy acceptance speech, we’re much more open to having this conversation today than we ever have, but there’s still work to be done and mountains to climb to get to where we really need to. It’s disconcerting for most people trying to come to terms with this fact, but Hunter’s attitude is much more grounded in the reality of the world and what change really means.

“I don’t believe in overnight changes in anything. I think if there is any kind of mass movement, it happens incrementally or like glacially. Like glaciers moving across the earth over billions of years. That’s the same way any type of political change happens. It has to happen in the minds and beliefs of every individual who’s going to contribute to a consensus or a vote. It has to happen one person at a time. Those kind of changes person to person–you can’t predict or push or force. You just have to be steady over and over again and cross your fingers that this time, it will be different.”

Lower Dens descend upon Richmond tonight when they open for Unknown Mortal Orchestra at The National. Tickets are $20 with doors at 6:30 PM. For more information on the show, click here.