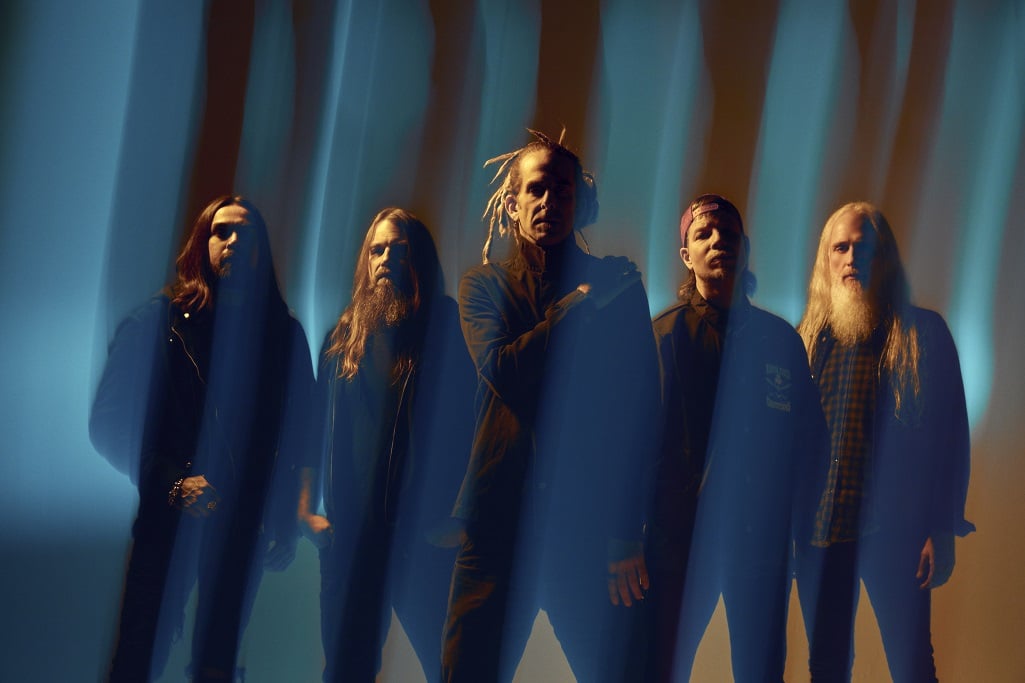 Over the quarter-century since 1995, Lamb of God have gone from being up-and-comers on the Richmond music scene (then known as Burn The Priest) to being heavy metal stalwarts and headliners around the world who have left their own footprint on the genre. October 7 marks the return of Lamb of God, as they release their ninth studio effort, Omens. Before the band set out on a massive tour with Killswitch Engage, bassist John Campbell took a trip down memory lane, talked tattoos, and told us what keeps the band coming back for more after over 25 years.

We’re going to go on a bit of a time warp here. It’s October 13, 2004, you guys are up in New York for a stop at Roseland Ballroom. Prior to the show, you have a get together with the Sony and Epic marketing people for pizza and beers. Word starts circulating that Metallica may be in attendance for the performance. They were, saw an amazing show and came away impressed. Is it strange, 18 years later, that you are the famous, established band that people get excited if you stop by to check out their show?

It’s a little strange, to be honest. We are still essentially that same group of people. It’s still… you’re a big kid. To get the big eyes on you, they give you way more authority than you really deserve. We have been doing this for a while, but that was 18 years ago and really doesn’t feel like it’s been that long. I can’t complain, but it’s a little weird at times. It can be off-putting; people can’t put aside the weirdness and treat us with bubble tape.

You have been with Epic Records for 18 years. A lot of bands, especially when it comes to major labels, don’t really get that level of support and longevity. What is special about that relationship that has made it last?

I couldn’t tell you what it is. I’m very grateful that this thing has continued for as long as it has. We just continue to do what we do. We strive to write the best songs that we can, play as hard as we can. I guess Epic has enjoyed the relationship on their end, but they are a business. They don’t have to put that much into us, and they get a lot out of us.

Really, I think it’s just staying true to who we are, to who they signed. Which, they kind of admitted to us that they didn’t really know. They weren’t going to give us direction on the music, because they didn’t really understand why we were as popular as we were, but they saw that we were. What would I attribute it to? I don’t know, except for blind luck and hard work.

Now that you are the mainstays, which bands do you hear your influence in?

To be honest, I don’t. Maybe I should be paying more attention, but I never considered that. One thing that happened, I remember a friend of mine, way back in the early days as we were coming up, he worked at a music store. He told me that kids were coming in, and all of a sudden Lamb of God was one of the ones, the kids would come in and play our guitar riffs.

How did Richmond help shape Lamb of God?

When we first moved there, everyone was in a band. There were really good people in bands, so the bar was set high. I think that pushed us to make it. To be a band in Richmond and have people come to your show, you better be good, or people are not going to pay even a little bit of attention.

Richmond used to have the distinction of being the town that, when other bands came to town to come play, the crowd response is normally fairly cold. Arms crossed watching, and if they liked it, they would nod their heads. So that kind of shaped us. If we’re going to do this, we can’t fuck around. We have to be good. Then, also, there’s all these amazing players. GWAR was the first band that ever took us out on a real tour. That certainly was influential, and helped to guide us to where we are today. Seeing GWAR play live, especially Mike Bishop, him being a bass player, me being a bass player — like, “Holy shit, that guy is amazing!” We have got to be good.

So I think Richmond, as far as influencing, set the bar really high for what we were going to do. Once we were at that bar, and got out of town, that’s what blew a lot of people away.

[laughs] The best that I’ve seen was a Mount Rushmore across the dude’s back, but it was us as Mount Rushmore. I’ve also seen some really good photographs of us playing [that] people have gotten tattooed on them. A lot of times people will get the skeleton bird swooping down with the bullet in its mouth.

Going back over the past 10 years, you’ve had a couple of hiatuses that have had people wondering if they’ve heard the last of Lamb of God. What keeps you guys coming back?

I think it’s the satisfaction we get from working together to create music, create songs, and then going out to perform them live. We’re incredibly lucky to be able to continue to do so. I really think it comes from the satisfaction, that we’ve been very successful at being able to do that and play some amazing shows.

You guys are embarking on a huge tour with Killswitch Engage in support of Omens, coming out next month. There are a lot of people that have not gotten so see Lamb of God since the pandemic started. When people go to see you live and listen to the new album, what’s different and new this time around?

If you listen to all of our records, there’s an evolution from record to record to record — to continue get better, and push our boundaries. I think this is a great continuation of that. I don’t feel bad saying this, but I feel like we’ve outdone ourselves and put out a record that was fun to record and play live.

Lamb Of God’s new album, Omens, will be available everywhere on October 7. Pre-order it on vinyl, CD, and digital formats at shop.lamb-of-god.com, or find it on the streaming app of your choice. 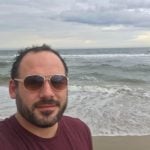 Bryan Schools is a Richmond lifer sans a four year hiatus to Radford University where he received his B.S. in Journalism in 2005. Music, comics, video games and LEGO are his main passions, and if you really want to get into a good conversation with him, ask what his top-five anything are, and you've got a conversation.