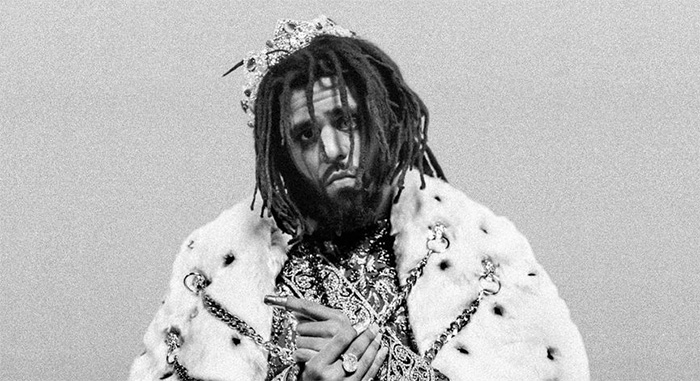 J. Cole’s newest album KOD, meaning Kids on Drugs, King Overdosed or Kill Our Demons (however you decide to interpret it), touches on depression, anxiety, and addiction in today’s society – all topics we tend to sweep under the rug. Yet with this new album, Cole has introduced a conversation that we must talk about whether we want to or not.

FRIENDS is the standout track on the KOD album, which he performed on the BET Award Show last night. From the very beginning, he spit some real shit; there is something about the first 30 seconds that determines if you really gonna rock with it or not.

“But I’m aggravated without it
My saddest days are without it
My Saturdays are the loudest
I’m blowing strong
Some niggas graduated with powder
I dabble later, I doubt it”

These are the first few bars of the opening verse, one that many people overlook, because they don’t realize how closely related we are to the lyrics he is dropping.

Many people say they would never even think about taking harder drugs, but it becomes common than we think as music listeners become shaped by lyrics. Every day, we watch and listen to rappers brag about the money they have, they women they get, and the drugs they are abusing. We must be careful about what we ingest, literally in our bodies and through music, because although we want to say it doesn’t, these things influences us.

Think about it. No one was really ‘sippin lean’ (a cough syrup cocktail) until it became a trend in our music, and no one was into molly or pills until artists started talking about them in their songs.

College students become exposed to everything. We’ve all wandered around at that college party and accidentally ended up in a private room where the ‘real party’ is–kids hanging in a circle with their drug of choice. There are plenty of people who wake up and have to smoke weed–without it they’re hella moody and unproductive. They can’t go to class, work, or sleep without it.

Often times, society becomes content with its habits toward drugs, thinking they have it under control. It’s just good fun. But in reality, we are just a generation of functional drug addicts, no matter your vice, whether its weed, pills, or lean.

Then here we are watching our ‘friends’ fall into this trap. I think many people forget that college doesn’t last forever, and these habits just don’t disappear after graduation.

People on Twitter complain about how depression and mental illness are the major ignored problems in the black community, but those same people sit and watch the people around them suffer, not saying a word. Pointing the finger is useless, because we are all guilty. The topic of addiction and mental illness is something all generations may not know how to approach without offending someone, or being made to feel like we are invading their privacy.

Real friends know when their friends are suffering whether they decide to speak up or not. Like J Cole says, we watch our friends wallow and move like robots, just going through the motions and as soon as class is dismissed, they smoke or drink their problems away.

We have to stop and speak up, because sooner or later mental health problems are going to catch up with all of us, consciously or not. It could be watching your friends ‘graduate to powder’ (cocaine), or becoming suicidal.

Let me be clear, I’m not blaming anyone, or suggesting that if you ‘spark the jay’ (marijuana), you’re wrong and will become an addict. If you want to smoke, do it, but recognize when the drugs become a problem and dependence is built.

Ask yourself: Is there a deeper problem? Am I running from something?

If you’re going to be a friend, then be a friend. Stop allowing your friends to enter this downward spiral of depression and drug addiction. Call your friends out on their shit before it’s too late.