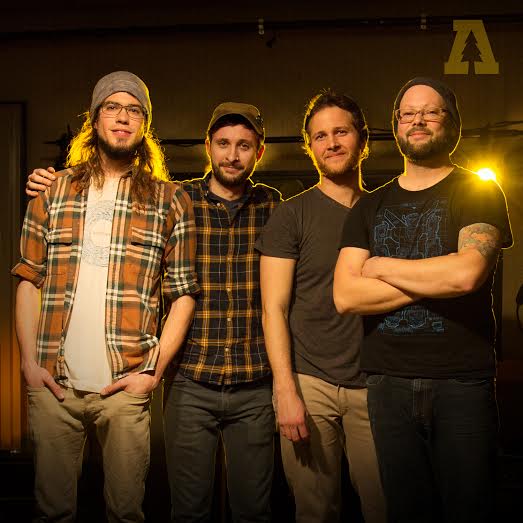 I have to be honest I didn’t really know much about local musicians Dumb Waiter before today.

I have to be honest I didn’t really know much about local musicians Dumb Waiter before today. And after listening to this band’s perfect fusion of jazz, rock, and metal I can’t believe my ears have been deprived of their glorious sound for so long.

Dumb Waiter recently recorded a live session with Audiotree, a Chicago-based music company best known for their in-studio live concert series. The company released Dumb Waiter’s session today and RVA Mag is lucky enough to be the first to share this masterpiece! Get your dancing shoes ready, because this jammy sesh will have you moving for hours.

Crider said they recorded the session on Dec. 1. and the pressure was on to get it right.

“They give you one chance to play, it goes live on their website when you play and they have a camera crew of about 10 people and everything’s done in the studio live,” he said.

Crider said he found Audiotree through a few of his bands he liked and reached out to them about doing a session.

“They seem to be pretty into instrumental and kind of mathier, jazzier things so I decided to shoot them an email,” he said.

Crider said the music Dumb Waiter plays in the video for the Audiotree session is off of their upcoming album, Cancel Christmas, which they recorded in January 2014, and expect to release it next April.

According to Audiotree, the tracks from the album featured in the session are “Yoga Bacon”, “Greedy as Fuck”, “Cheese Fader”, “Black Mayonnaise”, and “Wet Brain Boy.”

“It’s sort of a preview of about 50 percent of the new album,” Crider said. “It took us about three years to write all the material and then another year and a half of recording.”

The band recorded the album at Gallery5 with Dave Watkins, a local musician who does the sound for the Richmond Ballet.

Prior to this album, Dumb Waiter released Is this Chocolate? back in 2013, with their hit video, “Vegan Mustache Jazz”, a silly and fun video filled with crazy antics.

The way this band blends so many genres into their instrumentals is something that’s hard to describe.

“It’s definitely hard to even find bands that go with us to book together,” he said. “I guess my go to explanation is kind of a mathy-jazz metal.”

There’s obviously something for everyone with this band no matter what you’re into and each of them brings their own unqiue sound to the group. Brennis absolutely kills it on the sax in the video, but that’s just my opinion. You decide for yourself.

The show that was originally scheduled for tonight with Snacktruck has been canceled, but Crider assured me that it will be rescheduled soon so you can dance your booty off to their awesome grooves!

Be on the lookout for sneak peeks from Dumb Waiter’s new album, Cancel Christmas, which is due out next year.