Kendrick Lamar Gets It Off His Chest - RVA Mag 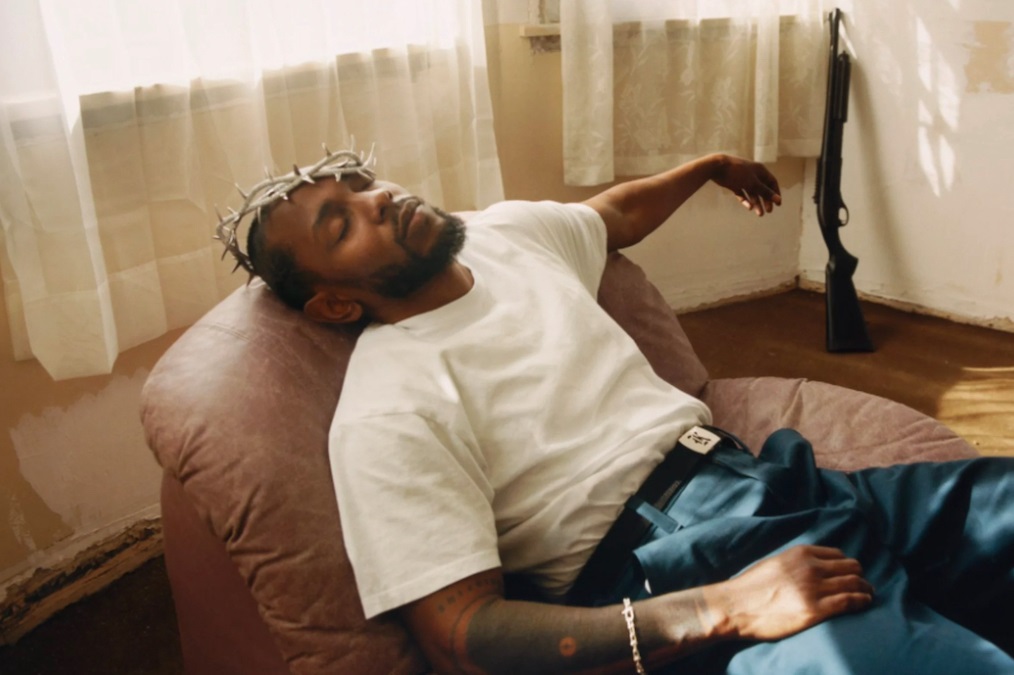 After 17 years working with Top Dawg Entertainment, Kendrick Lamar is leaving TDE, but his final release for the label might be his most vulnerable project yet. Mr. Morale and the Big Steppers is Kendrick Lamar’s first album in five years, and it’s a big one, featuring 18 songs spread across two CDs. It has a lot of features from artists as diverse as Ghostface Killah, Beth Gibbons of Portishead, German philosopher Eckhart Tolle, and his cousin Baby Keem, but the real focus is on Kendrick and what he’s been through over the past five years. 1,855 days have passed since DAMN, and Kendrick has a lot to get off his chest.

“I grieve different. Everybody grieves different.” –“United In Grief”

He opens up Mr. Morale and the Big Steppers with “United in Grief.” Although this is probably my least favorite song on the album, the title stuck out to me, and I’m not even sure if it is for the reason Kendrick intended. Over the last 1,855 days, the world has been united by grief, for more reasons than I can remember, a reality that has led Kendrick and a lot of other people to seek therapy. But the most important part of this song is not anyone’s particular reason for grief but understanding that everyone grieves differently. The way different people go about it unfolds as we continue to listen to the album.

“His mama died, I asked him why he goin’ back to work so soon? His first reply was, ‘Son, that’s life, and bills got no silver spoon.'” –“Father Time”

Numbing the pain away, or neglecting the feelings altogether, seem like the only options for a lot of people who come from economically disadvantaged areas like the one Kendrick comes from. Who really has the time to embrace their feelings when there are so many other things going on that need to be dealt with? Processing feelings is a privilege that the lucky ones don’t realize they have. Planning funerals around paid time off (if you can get any) and deciding which bill should take priority and which can wait until next payday is the norm in places like these.

“Insecurities that I project, sleepin’ with other women. Whitney’s hurt, the purest soul I know, I found her in the kitchen, a skin’ God, “Where did I lose myself? And can it be forgiven?” –“Mother I Sober”

K Dot has always been in a lane of his own. Many people tend to look at him as a man who makes no mistakes, which was why his including a feature by Kodak Black on the track “Silent Hill” was controversial — because while Kodak Black has said and done some unfortunate things, Kendrick is often regarded as perfect. On Mr. Morale and the Big Steppers, Kendrick lets us know that he isn’t that much different from the rest of us. He still has insecurities, daddy issues, and challenges with infidelity. He is unsure of how to channel his emotions — both the lows and the highs. He is learning and growing, just like us. Life has never been watered down for people in our community. It comes straight, no chaser. Neat.

“My auntie was a man now, we cool with it. The history had trickled down and made us ig’nant.” –“Auntie Diaries”

The most necessary but most controversial song on the album for the hip-hop community is “Auntie Diaries,” which touches on the emotions and the learning curve that people go through as they learn to understand the complexities of gender identity. On this track, Kendrick talks about his uncle and cousin, both of whom are transgender. He explains that, although he didn’t understand it at first, the love he had for his family and seeing them be comfortable in their skin is all that matters in the end.

“Sorry I didn’t save the world, my friend. I was too busy buildin’ mine again.” –“Mirror”

In the end, Mr. Morale and the Big Steppers is more of a diary in which Kendrick documents his healing rather than an album created to satisfy his impatient but loyal fans. It feels like his priority was not to make hit records, but to address his suppressed issues, for the sake of his new family. Critics will point out that this was one of his lower-selling albums (though it did still hit #1), but it’s also one of the rawest and most outspoken releases that we have heard this year.

Sales numbers can’t really measure the impact this album will have. Realizing how open Kendrick was on this album only makes me think about the experiences that he left out of this new project.  As he begins the journey with his new label, PGLang, I can only anticipate more intense storytelling and artistry.

Kendrick Lamar is going on tour this summer. He won’t make it to Richmond, but he will be at DC’s Capital One Arena on August 4. Check ticket availability here.