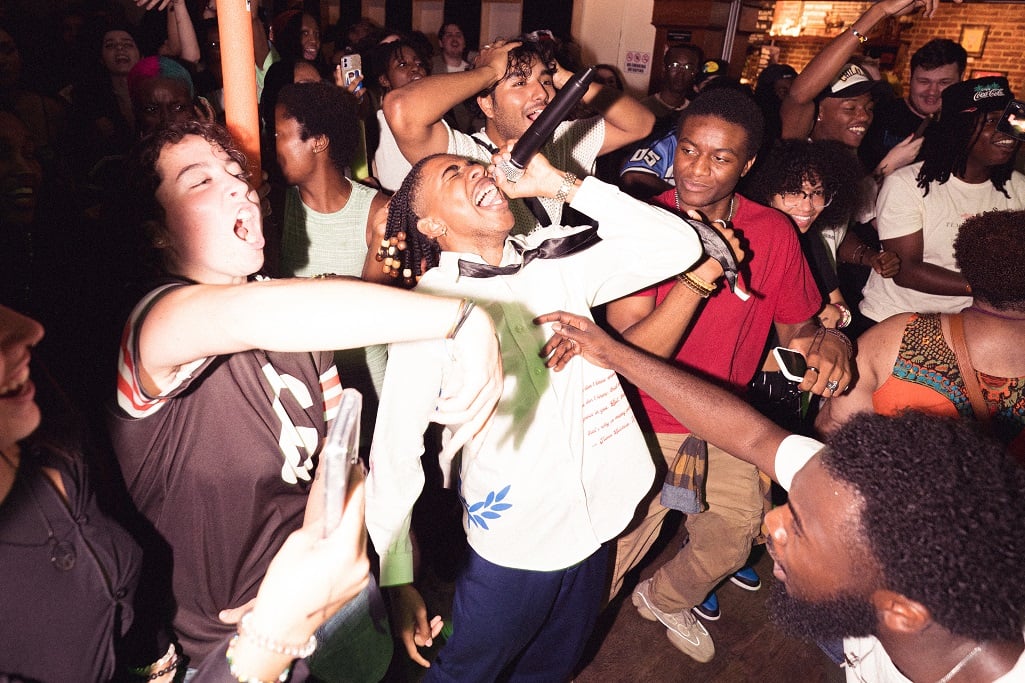 Kidz At Play has found a strong base among young adults here in Richmond. Considering themselves not a band or a crew but a creative house, Kidz At Play was first organized in 2018 by group members Smyth Knight and Erthtone. The original pair has since grown into a group of 11, consisting of nine creatives and two managers: SMYTH, Erthtone, Marquis Flower, Jacc Von, J. Louie, Noah Hudson-Peralta, Jacob Parramena, Eddy Solis, Sydney, Brandon, & Quincy X. Here’s how Quincy X describes the house’s formation. “Kidz At Play just had an idea. This is all of our ideas and effort now coming into fruition,” he said. “Just creatives of all kinds — photographers, graphic designers, DJs, musicians, managers, models… This is what Kidz At Play imagined when they started this.”

I first discovered Kidz at Play in 2020 through creative mutuals in the VCU area. I was impressed with their ability to tell stories visually as well as musically, and found myself inspired by their motivation and group bond. I contacted them to make a music video for my song “Clarity,” and the Kidz quickly picked up on the vision I was looking for. Members Jacob and Eddy effortlessly made my dream for the video a reality. But what intrigued me most about the Kidz was that they had everything an artist could ask for, and the imagination to back it up.

Together, the group has done a substantial amount of music videos, photoshoots, and shows. They work not only as a team, but as a family. “Kidz at Play is a safe haven for people who want to be creative,” said Quincy X. “People who don’t want to go the normal college route or military. If you want to be creative, if you want to have your own style and not follow the status quo, then Kidz At Play are the people to follow, because we’re the first of our time. We don’t all do music. We don’t all take pictures. We’re everything.”

You may recognize the Kidz from their performance at VCU’s homecoming last year, or from when they opened for Smino at the Bon Secours Training Center in April. Whether you’ve stumbled across one of their spirited house shows or noticed their unmistakable logo plastered through the streets of Richmond, the group’s message can be heard everywhere. In celebration of their newest single “Cool Off,” the Kidz took The Camel’s stage on Thursday, July 14 to perform their newest song, along with some of their most popular hits.

I walked through the doors of the Camel and was kindly greeted by house member Jacob Parramena, otherwise known as “JP.” JP welcomed me with a smile and handed me a Kidz at Play sticker, which was given to every guest that attended. The atmosphere was buzzing as the excited Kidz anticipated the adrenaline-filled show ahead. Videographer Eddy Solis was capturing the scene through his camera lens, (as you will often see him at Kidz events). As the clock reached 9 pm, The Camel’s floor filled with excited showgoers.

DJ Erthtone started the night off with some tunes to get the crowd dancing. The crowd went wild, singing in unison, dancing to the beat, and sharing laughter and smiles across the room. The atmosphere was everything I had imagined, and I even bumped into some familiar faces. The lights began to dim as JP and ErthTone initiated the show with a skit.

An alarm goes off on a phone.

“I think around 10AM,” responds Erth.

“What are all these people doing in my house?” JP yells.

Suddenly, it all became clear. We have now entered the creative house.

“WAKE UP!” yelled the Kidz. The crowd erupted. The night has commenced. Marquis Flower took the stage, accompanied by Quincy X, to sing some originals. Marquis sang an emotional unreleased piece as the crowd raised their flashlights into the air. There were actually a lot of unreleased songs performed that night, some even including audience interaction. Kidz at Play raised their mics to catch the crowd vocals and put them into their future songs. I scream-sang along with everyone else trying to be heard. The floor opened up as Quincy put his all into his performance, clearing a space to mosh. In that moment it became evident that the Kidz at Play members have accomplished their performance goal: they have created a space where you can feel like a kid again.

Co-founder SMYTH then arrived to the stage to perform some of his songs, including “North Chesterfield,” an homage to his hometown right outside the city of Richmond. In this song, he raps about the struggles of growing up, and the life of a kid in the city. I watched him strap a helmet on his head, which put me in a state of confusion. Was he going to crowd surf? As I struggled to understand what was going on, he invited a member of the audience onto the stage and said, “I want you to slap the shit out of me.” Now, this was one of the wildest things I’d ever seen at a live show, but the crowd roared. I couldn’t help but be anxious about the state of SMYTH’s face post-knockout. The guest on stage gave a him a big “SMACK!” across his face, and without any look of pain or regret, SMYTH went straight into the verse of his song “Will Smyth.”

After this, all of the Kidz At Play members took the stage at once to perform some of their group songs. Pool noodles, beach balls, and toys were thrown into the crowd, transporting us poolside as the group performed their brand new song “COOLOFF.” A feeling of instant liveliness hit the people watching, and the power of the group overtook the whole room. My friends and I gathered in a circle and danced, trying our best to keep the beach balls from hitting the floor.

The Kidz ended the night with one of their most recent and popular hits, “STFU!” Video cameras scanned the crowd as members of the group burst with passion. The crowd was fully involved in this performance, so much so that they played the song three times. The Kidz threw their signature stickers into the crowd as everyone bounced up and down, moshing to the catchy chorus. People were bouncing off each other like ping pong balls, and JP even lost half a tooth. After screaming our lungs out the whole night, the show came to an end, and everyone left the “creative house.”

Describing their show and the way their group fosters individuality within the membership, Quincy said, “You can do whatever you want to do. You don’t have to go any specific way. There’s no right way to do this, and you can also be very honest and true to yourself when you’re doing it.”

“Everybody does something that they’re amazing at,” Quincy continued. “And I think that’s what makes us unique; how vulnerable and honest we are with each other. That’s what keeps us together.”

Kidz at Play will return to The Camel on Sunday, August 28 for a Back To School show. Tickets are available now at The Camel’s website. They also have some new, as-yet-unrevealed projects coming up in the upcoming months. To stay involved and up to date with the first creative house from Richmond, follow along @thekidzatplay on Instagram or @kidzatplay on Tiktok.

All Photos by Eddy Solis 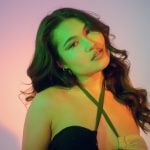 Marilyn is a local writer and singer based in Richmond, Virginia. She expresses herself through music and writing to connect with others who share the same love for art.