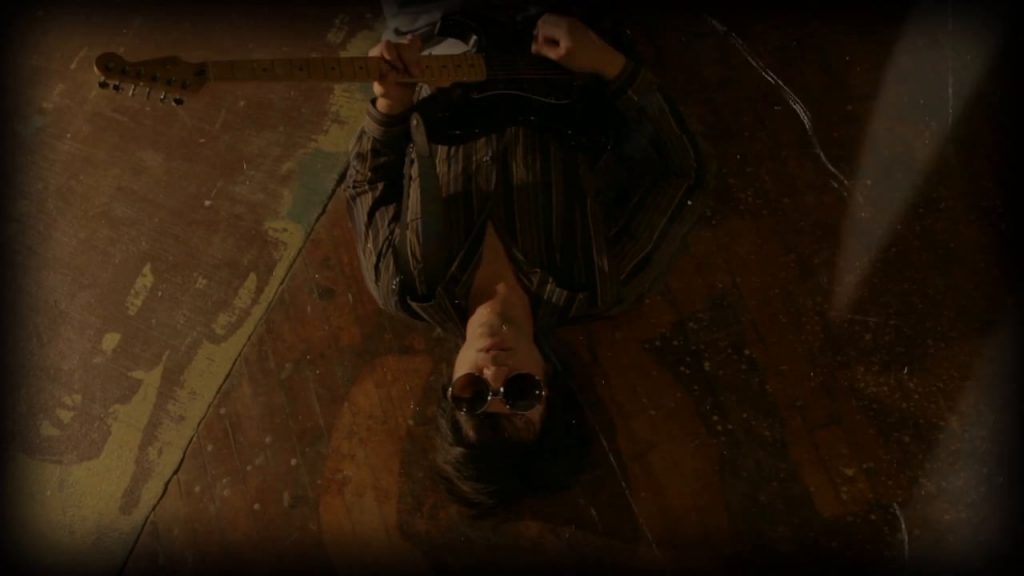 The second annual LAVA Fest is upon us, and with it brings several artists worthy of any type of musical adulation from national touring acts like Charles Bradley down to RVA favorites like No BS! Brass. There are plenty of reasons to make this a festival a focal point of your Memorial Day weekend, but one you may not have considered — and you absolutely need to — would be the opportunity to take in the golden music of Virginia Beach act Ladada.

The second annual LAVA Fest is upon us, and with it brings several artists worthy of any type of musical adulation from national touring acts like Charles Bradley down to RVA favorites like No BS! Brass. There are plenty of reasons to make this a festival a focal point of your Memorial Day weekend, but one you may not have considered — and you absolutely need to — would be the opportunity to take in the golden music of Virginia Beach act Ladada.

Ladada is the brainchild of Josiah Schlater, an accomplished Virginia musician with lofty ambitions and a widespread musical palate. The name may sound familiar for those in the region as Schlater has been a member of beloved bands like youthful punk band Mae, but after numerous stints in countless bands, Ladada might just be the one that offers Schlater his opportunity to make his name in the music world.

Like his time spent in those countless bands, Schlater’s start with Ladada was simply modest and unassuming. “[It] started when I came home to Virginia Beach after living in Brooklyn for a while,” Schlater remembered. “I got a four track, a netbook, and a storage unit to record some songs I’d been working on.” In that small space, Schlater began to piece together what would become Ladada, a name that has as much back story as the band itself. “[It’s] an onomatopoeia for the sound of singing and Spanish for Dadaism,” he revealed.

After toiling away in close quarters, Schlater landed on a waggish and surfy sound that seemingly towered over its physical space. This sound made its way into the world in 2014 on Ladada’s first release, the seven-song self-titled EP, whose lo-fi atmosphere are the only remaining connection to the storage unit where Schlater set up shop. Songs like “Give It Back” instantly transported you into a carefree summer mood while others, like “Oh The Weather,” showed that Schlater wasn’t one to just be content in the glistening world of soda pop. For a brief debut, one couldn’t ask for a better release and the music world thought so too with publications like Stereogum highlighting its engaging charm and letting their readers know this was someone to keep a look out for.

The stage was set for Ladada to follow it up with another dreamy slice of nebulous pop, but as Schlater would say, life got in the way. Moving from Virginia Beach to Norfolk put the project on a backburner for a while as well as a new relationship and a desire to finish trade school while he bounced from job to job in the meantime. It was a hectic time which meant that writing like he had in the past was definitely not going to happen and not for some time. “It took a while to get back into a steady lifestyle conducive to songwriting and recording,” he revealed. In fact, it’d be roughly two years until the world would hear more Ladada music and by that point, what Ladada had to offer had drastically changed.

Ladada’s latest released Hi Five arrived in April of this year and for fans of the first EP, it was a big surprise. The carefree nature was still apparent in the music, but the 60s vibes were traded for more manic melodies that constantly bounced from garage to shoegaze to punk. Whereas the first EP came off unassuming and humble, Hi Five arrived with an urgent energy that petitions your attention from the start all the way through the finish. It was an energy inspired by Schlater’s 2014 trip to South By Southwest where he found himself just in awe of countless performers. “There was a lot of awesome pysch-rock there that hit a nerve and got my gears turning,” he stated. Listening to Hi Five, you can tell those gears never stopped turning for Schlater.

Outside of South By Southwest though, Schlater found inspiration in other aspects of life, even the more casual moments of late night festivities with specific ideals to describe it. “The sound of jah,” he detailed. “By this, I mean what you hear when you’re high in the middle of the night and you’re air conditioner syncs with all the sounds of nature outside.” It’s hard to pinpoint how a serene moment like that could produce music with the frenzied nature of Hi Five, but after attending a festival overflowing with astounding musicians, it’s nearly impossible to channel that energy without some form of tranquil clarity.

Hi Five has been met with a warm reception by fans and critics so far, each eager to see where Schlater takes Ladada next and if it means another two-year gap in between releases or more. Time will tell, but Schlater’s already got concepts and plans for what comes next down to the sound — “definitely more rock and roll,” he stated — to even incorporating more creative influence on the sound. Live, Ladada has always demanded more than Schlater could provide by himself and now it seems the recording process has followed as Schlater looks to expand the sound even more. “When you have more people involved, you have a better time,” he reasoned and while it doesn’t necessarily mean another large sonic shift for Ladada, it definitely points to a new direction for the band.

But attacking that direction is still a challenge for the band as they continue to push for the next level. The talent is there, the praise is coming in, and the fan base is growing, but to accelerate things requires a commitment that’s just not feasible in the real world. “The hardest part is finding a balance between keeping a real job and getting out there to play more out-of-town shows,” Schlater stated. “I want to do one or the other. It’s hard doing both.” Ladada could certainly exist as a recording project only, with more EPs to come — a format Schlater enjoys due to their digestible nature and short recording process. But for someone who was overcome with the muse after a trip to South By Southwest, nothing excites him more than the possibility of hitting the road and seeing his fans grow each and every night as well as his musical ability.

Schlater isn’t one to hone in on what he’s missing out on though and he’s extremely happy to be a part of the growing Norfolk and Virginia Beach area that serves as a great launching pad for Ladada. “[The scene has] definitely had its ups and downs,” he explained, “but it is on an up right now. There are lots of people coming together supporting the arts and lots of bands making awesome music.” Along with bands like Feral Conservatives, Ladada is leading that charge and letting the rest of the state and country know that Richmond isn’t all Virginia has to offer musically.

Ladada will show off just that at LAVA Fest where they’ll share the stage with some of Richmond’s brightest acts, including a longtime friend making some big waves: Natalie Prass. “She’s been a friend since high school,” Schlater stated, “and it’s awesome to see how far she’s come.” Schlater is right — Prass has come a long way and directed some much-needed musical attention to Richmond, but who knows? Maybe Ladada will do the same in a few years. Maybe their success will mean bigger and better things for Norfolk. And maybe one of his friends will one day be glad to share the stage with him, bursting with pride over his enormous success. Ladada’s certainly got the talent for sure and the unrelenting drive to make it happen so why not? If any band from that region’s going to put it on the map, Ladada is in the best position possible to do it.

Ladada opens LAVA Fest up this Saturday afternoon in Norfolk, VA at O’Connor Brewing Company. Tickets are still available for $25, $30 the day of the show. For more information on the show and where to buy tickets, click here.