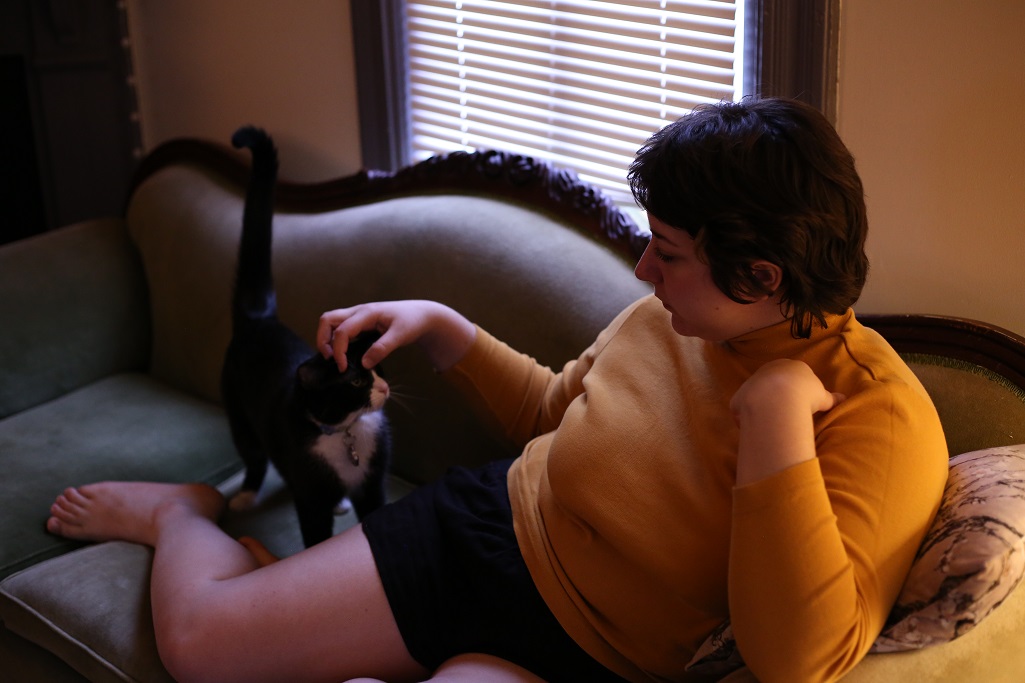 Learning Not To Hate Yourself With Human Person

Human Person, the performing name of Fredericksburg-based singer/songwriter Eliza Hiatt, released their first EP Please Eat My Heart on March 15. Hiatt describes the collection of atmospheric folk songs as focusing on “boundaries, vulnerability, and giving too much.”

The EP’s name is inspired by Hiatt’s feeling like they were giving up too much too soon in relationships.

“In this culture, we’re not necessarily taught internal boundaries, so I was taught to give a lot of myself at my own expense,” said Hiatt (who uses they/their pronouns). “I didn’t feel I could say no until it was too late, and I got hurt.”

Of course, Hiatt recognizes, there’s also a lot of vulnerability in making and releasing music — so in that way, the title is also quite literal. “It also refers to how the songs are so intimate, and I’m putting them out into the world for anyone to consume,” they said. “It speaks to the vulnerability of putting music out.”

The intimate nature of their lyrics is reflected in the music as well. Hiatt recorded the EP all on their own, with just a friend’s microphone and pop filter, their own guitar, and a bedsheet thrown over a closet door to keep in the sound.

“Starting out in music is a lot of not being taken seriously,” said Hiatt. “I think doing it by myself was necessary for me in the moment. It’s important to ask for help, but it was important for me that I didn’t.”

Hiatt is a self-taught guitarist, who learned to play by mastering simple cover tunes. They began writing music a little over a year ago. Their DIY style of making music adds a fuzzy lo-fi edge to the melancholic guitar and quavering vocals found on Please Eat My Heart.

“My sound is based in how I use my voice, with the influence of a lot of folk and country but drawn from punk and rock,” said Hiatt. “I’m mostly inspired by women folk and country singer-songwriters, and how they experiment with their voices.”

In their song “Uncovering,” Hiatt sings about realizing that a relationship is toxic, and that they have been lying to themselves that everything is fine. “Lover” explores similar topics of struggling to vocalize desire and take control of one’s body and pleasure.

Hiatt cites studying the orgasm gap, the disparity in achieving orgasm between men and women in heterosexual relationships, as a source of inspiration to their lyrics.

“I’ve been on a journey to see how that has manifested in my body, which is challenging because it’s so rooted in trauma,” said Hiatt.

The idea of the body is heavily explored in Hiatt’s music. The song “Opossum” is about the irony of hating yourself for not being able to love yourself, and not being able to feel fully connected with your body.

“A lot of these songs have to do with embodiment, and having a body and embodying trauma,” Hiatt said. “It’s hard to change something you’ve embodied for so long, because your body has stored that information.”

Hiatt’s lyrics primarily come from revisiting journal entries, finding lines that stick out to them, and further fleshing that idea out.

“When writing lyrics, I do a lot of observation of what’s around me,” said Hiatt. “I take note of images that stick out to me which grasp at something I’m trying to process emotionally.”

Musically, Hiatt’s creations begin from similar offhand notes. “It starts with a melody I have in my head and record in my voice memos,” they said. “I’ll take that, play around with it on my guitar or piano, and write something to support that.”

As Hiatt grows as a musician, they hope their sound will as well.

“I take myself seriously as a solo artist, but I am looking for supporting musicians,” said Hiatt. “My goal is to find people to collaborate with and elevate my own sound. I think collaboration will give me a lot more tools that I don’t have now, and more space to explore genre with other instruments.”

Currently, Hiatt is playing shows along the east coast with a tour planned this June.

“I’m learning everything as I go,” said Hiatt, “I’m excited to keep doing what I’m doing.” 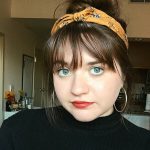