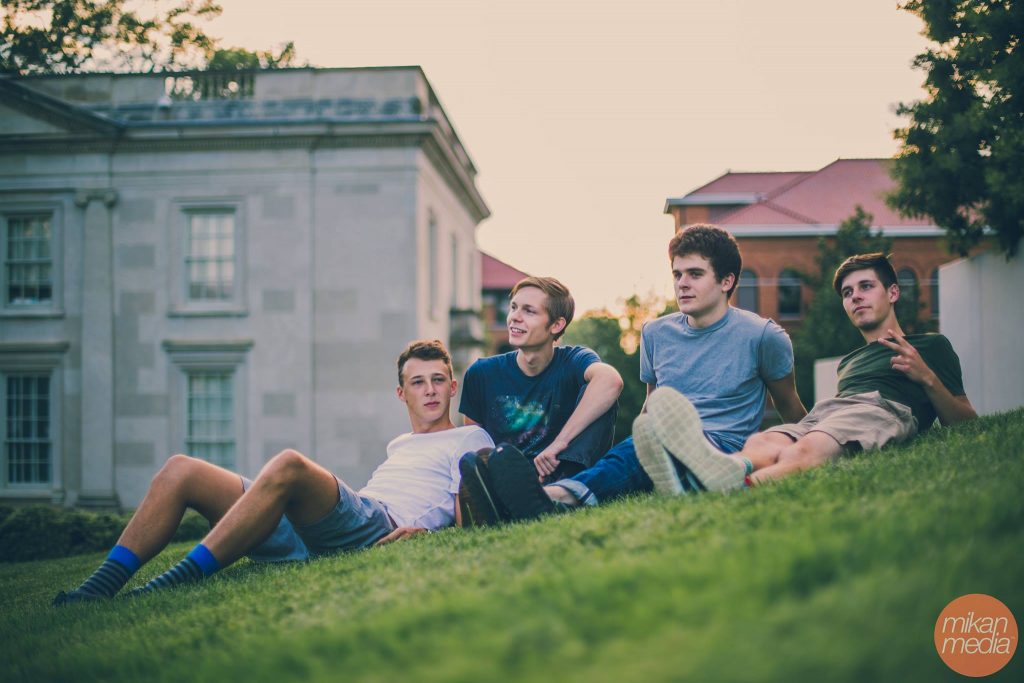 Comprised of four dudes who have been making music together since middle school, Richmond’s own Manatree has been making waves locally since last summer. Now their debut self-titled album is set for release and its something you’re going to want to hear before the rest of the country does.

With shoutouts from heavy-hitter music blogs like Brooklyn Vegan and Pure Volume, its only a matter of time before these fellas head for a bigger stage.

Check out the video for their single “Animal Quietlies” shot at last year’s VA Pridefest:

Vocalist and guitarist Jack Mayock said when the band was starting out, it was a process of discovering as a group and individually how music worked and what it meant to write music that they liked.

“It was a lot of experimentation with the idea of playing and writing music itself more than it was trying to write comprehensive albums,” Mayock said. “So this album to us, is kind of about capturing a period in our lives when we were writing this music, and it’s not necessarily connected in theme or in aesthetic, but it’s connected through what it meant to us as musical discovery.”

“It kind of just captures this time period when we were doing everything for the first time,” said fellow guitarist and vocalist Tristan Fisher.

For fans of the band, some of the upcoming album will be familiar as songs they heard at Manatree’s live shows or on earlier EPs are returning for this release.

“We wrote a lot of songs two or three years ago that we are still really proud of and have been working on over the years continually rethinking it and just playing it in new and different ways,” Mayock said.

The band spoke about how recording this album represented a shift away from DIY recording in friend’s bedrooms and unofficial spaces to Montrose’s studio. The band used Kickstarter to supplement the money they had already raised to help fund recording.

“I think that recording in a studio is a skill of it’s own that is very different than just being a good musician or a good songwriter,” Mayock said. “Just learning to record effectively and efficiently was an unexpected challenge for us.”

Bassist and vocalist Noma Illmensee said preparing to record was labor intensive, especially with a full load of class. “We were practicing after school for several hours every day for a good two months before heading into the studio during spring break,” he said. During the recording process, “we would spend six or seven hours on a single guitar take.”

Illmensee said post production (including finding someone to master the record, finalizing mixes, deciding on record labels and rolling out a PR campaign) was all new territory for the band and involved a lot of valuable learning along the way.

They’ve been spending the last year since they completed the record touring up and down the east coast and they say touring is constantly an exercise is reworking shows to keep them fresh and exciting.

Sometimes this includes using an extra day in a city to set up in a park somewhere and play an acoustic show, Elder said.

“The spirit of live shows is changing,” said percussionist Alex Elder. “As the new music comes in, we’re really pushing on how to maintain an awesome show, how to make a good performance.”

Although Elder joined the band several months ago, Manatree has been playing together for many years. “I think there’s definitely really strong advantages and disadvantages in playing with the same people for so long, because you kind of know how each other operates in the songwriting process,” Mayock said. “But the bad side of that is that it can be easy to fall into the same patterns, and it’s really helpful to practice on your own and with other people too to break out of that rut.”

“This whole process has definitely expanded the possibilities of where we can go,” Illmensee said. “We’re pushing ourselves individually to get technically better and also pushing our individual songwriting and strengths and weaknesses so when we get together we can share ideas more fluidly.”

The album is sure to please old fans and bring new ones into the mix. They’re hosting their local record release show Saturday, July 25 at the Broadberry, but you can pre-order the album via Egghunt Records here.

For more information on the release show, including where to get tickets, check out the Facebook event here. Manatree will be performing with Clair Morgan and Lucy Dacus, the show starts at 8 p.m.