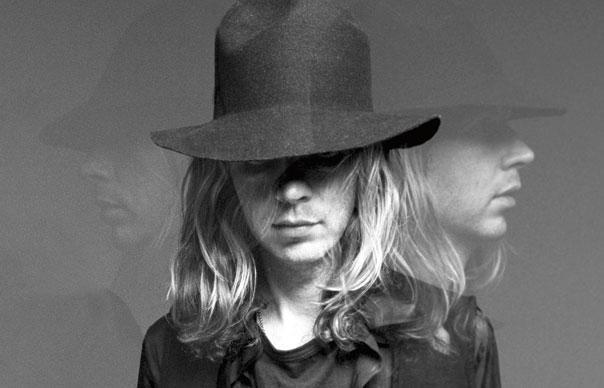 More amazing new songs came out this week, and you better believe we’re gonna bring ’em to you! Get stoked!

More amazing new songs came out this week, and you better believe we’re gonna bring ’em to you! Get stoked!

This is definitely the big news for the week–Beck has an actual new album coming out! Since Modern Guilt came out back in 2008, the sensitive Scientologist has been teasing us with all sorts of crazy projects. Everything from Song Reader, his 2012 book of new songs released only as sheet music; to the Record Club project, which did bizarre covers of full albums by everyone from The Velvet Underground to Yanni; to his more conventional but hardly satisfying recent singles like “Defriended” and “Gimme.” But this time it’s official–“Blue Moon” is the first song from an actual new Beck album, Morning Phase, which will apparently follow in the footsteps of the musical chameleon’s saddest album, Sea Change. That album was also one of Mr. Hansen’s greatest, and if “Blue Moon” is any indication, Morning Phase stands a good chance of following in those footsteps as well. This wistful, gorgeous track appears to be driven by mandolins as well as guitars and other acoustic instruments, and the result is like a cool drink of water after years in a Beck-free desert. If you’re as excited for Morning Phase as we are now, head over to iTunes, preorder the digital version of the album, and get “Blue Moon” as an instant download. Or just keep streaming it on youtube and preorder the vinyl or CD HERE. The whole album will be out February 25.

Here’s some truly evil brutality for you from Pennsylvania sludge-metal crew Buzzherd. This quintet has the crawling-from-the-depths swamp groove of classic Eyehategod, but brings the throat-shredding vocal power of hardcore punk and the distorted drive of 80s thrash to the table so as to avoid being just another doom-metal retread. Because let’s face it, that sound is getting generic, and it needs to be shaken up. Buzzherd do just that, even covering Black Flag’s “Six Pack” on their new album, On Sinking Ships… Rats Drown, so you know they’re legit. But the subject at hand is On Sinking Ships opening track “Abuse Of Despair,” which starts out with an ominously slow riff before shifting to cruising speed and flattening everyone. At the end, when things shift back into a crushing breakdown, it’s enough to knock you out. The whole record is like this, and it’s actually already out (why did we not hear about this record until it had been out for a month? Our favorite metal blogs are slipping), so you can grab yourself a copy right now, either on CD HERE, or as mp3s HERE. Both formats are only $5, so you have no excuse!

It’s been a while since EMA’s Past Life Martyred Saints album hit the streets, impressing the likes of Pitchfork and the NME with its mix of plaintively sung folk-blues and experimental guitar noise. But it looks like former Gowns singer Erika M. Anderson has finally returned, and she released the first video from her upcoming third album, The Future’s Void, this week. “Satellites” begins with Anderson singing a beautiful melody over sheets of static and a pounding pulsebeat, but the integration of synthetic violin drones and even some outright keyboard melodies eventually make “Satellites” the closest she’s come yet to real pop music. Her new single is by no means a conventional pop song–even at its prettiest, there’s still an oscillating squeal of manipulated feedback running through the mix–but it does point the way forward for a perhaps less difficult sound for EMA. Let’s hope this doesn’t mean she’s losing her edge. But then again, in a video that features scenes of a cat first toying with, then eating a dead bird, there seems to be little danger of that. The Future’s Void is out April 8, and you can preorder the digital version from iTunes HERE, or grab it on vinyl or CD from Matador HERE.

The return of this talented emotional hardcore band, whose distinctive vocals and lyrics have placed them at the forefront of whatever you want to call this new “emo revival” trend, is certainly welcome. “Stay Happy There” is the first single from La Dispute’s upcoming third album, Rooms Of the House, and while singer Jordan Dreyer’s literary lyrical narrative is nothing unexpected from these troubadors, it remains impressive as usual–and even contains a reference to RVA in the song’s final verse. Bonus! The real news with this new track is La Dispute’s increased facility with subtle melodies that they integrate well into their still-intense hardcore sound. The perfectly integrated guitar arpeggios on this song’s verses may not even catch your attention on first listen, but as you return to the song for repeated plays, they slowly become the most fascinating and beautiful musical element on display here. La Dispute are continuing to advance their craft, if this track is any indication, and if Rooms Of the House turns out to be their best work yet, I for one will not be surprised. The band will self-release their new album on March 18, and you can preorder vinyl or CD versions from their website HERE. Or if mp3’s your thing, grab a digital preorder from iTunes HERE.

When you hit play on this particular track, you won’t be surprised to learn that I originally heard about “Mesmerise” from a friend of mine who is in love with Aussie psychedelic guitar-slingers Tame Impala. It’s true, UK psych combo Temples bear a significant resemblance to that hallucinogenic crew from down under, but when they are capable of writing a chorus this catchy, why concern oneself with reminiscences? It’s enough to note that this is a great song for late-night listening, perhaps with some black lights on, and that you’ll still have the chorus stuck in your head when you see the sun rise beautifully over the morning horizon. OK, I’m faking all this hippie crap, but even though I’ve never ingested any lysergics in my life, I know the joy of musical psychedelia, and Temples bring it to me in a big way on “Mesmerise.” They’ll bring it to you too, if you give ’em a chance. “Mesmerise” is the first single from their debut LP, Sun Structures, out February 11 on Fat Possum here in the US. Preorder its vinyl or CD versions from the label HERE, or grab it digitally via iTunes HERE.

Email me your songs, and I’ll write about them: [email protected] Have a great weekend, everyone!