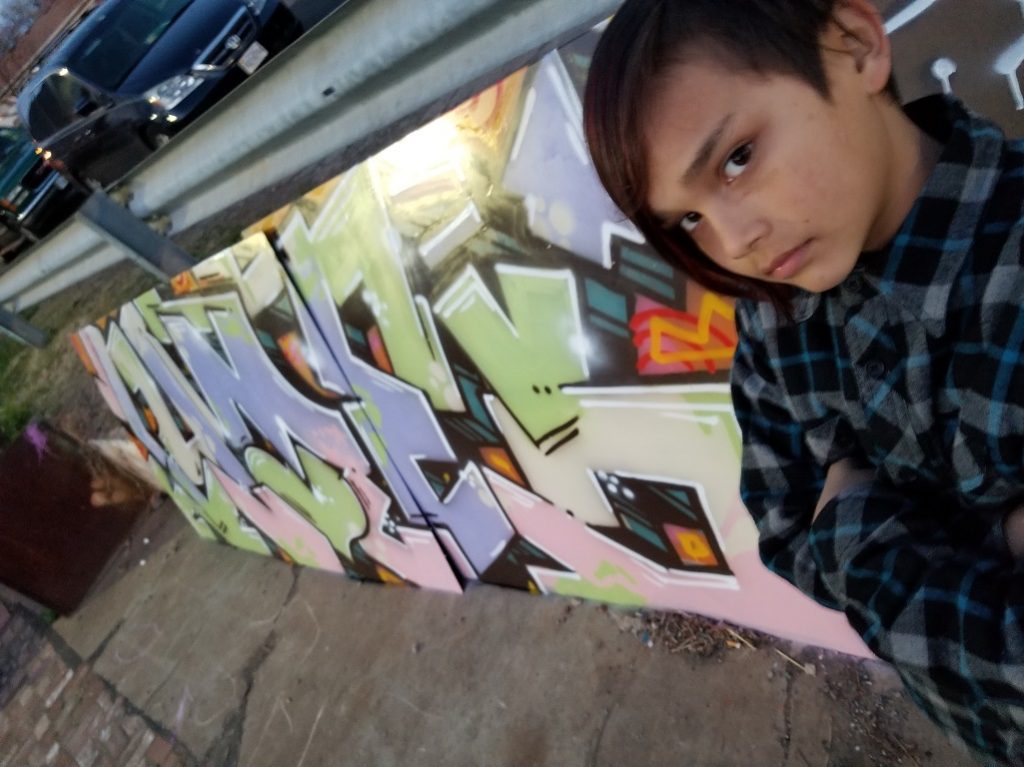 Returning for its third year, Charlottesville’s Nine Pillars Hip Hop Cultural Fest begins Monday, April 22 and continues throughout the week, closing with a block party on Sunday, April 28 at Champion Brewing. As with previous editions of the festival, the 2019 version will feature artists and acts from the Charlottesville and Central Virginia areas. However, for the first time this year, Nine Pillars is also featuring performers from outside the commonwealth.

“We started very local — Charlottesville — and we’re expanding a little bit more each time,” said Cullen Wade, one of the festival founders.

The Charlottesville festival grew from a rising community with limited resources. Hip hop artists in the city often had to fight for venues. And when they were able to book locations, they often faced up-charges due to the type of music they played.

“It was all sort of underground and didn’t really get the recognition or respect that I felt like it deserved,” Wade said of Charlottesville’s nascent hip hop scene. “There is, and was, a very serious stigma against what we do.”

The frustration this situation caused was what originally inspired Wade and other members of the local hip hop community to come together show Charlottesville what hip hop was about — for them.

“We wanted to essentially celebrate all the nine pillars of hip hop, while raising the profile of the local talent pool,” Wade said

The festival is designed to create an opportunity for the pillars to intersect within the eight scheduled events taking place across Charlottesville over the course of next week.

Bringing a scholarly take on the culture is the “Sally’s Kids Vol. 2” panel discussion on Wednesday at the University of Virginia. Moderated by UVa Professor A.D. Carson, the discussion will focus on an ongoing project: archiving the history of hip hop in Charlottesville.

The Sally’s Kids panels aim to contextualize hip-hop history as it relates to Virginia, and specifically the Charlottesville area. It is named after Sally Hemings, the enslaved woman whose children were fathered by Thomas Jefferson.

Last year’s discussion panel — the “Vol. 1” implied by the event’s title — featured two more experienced members of the Charlottesville hip hop community alongside two more youthful members in their early 20s. The discussion that ensued helped demonstrate the changes and growth of the community across generations.

This year’s Sally’s Kids panel will discuss the Black UVA experience, and what Wade calls “the complicated relationship between black Charlottesville and black UVA.” It will also cover the development of the Virginia sound — a hybrid sound pulling from multiple regions, according to Wade.

“We’re kind of halfway between old school New York … and a more southern influence,” he said. While the Virginia sound varies from region to region, all of it brings influence and style to the Charlottesville sound.

“There’s the Tidewater sound that got really big on the national level in the mid-2000s,” Wade said, citing Timbaland, Missy Elliot, and the Neptunes. “We’re also going to talk about the go-go influence creeping down from DC.”

On Thursday night, Charlottesville-based go-go band Seductive Sounds will take the stage to accompany the “Heart, Soul, Runway Fashion Show.” The Nine Pillars fashion show is taking place at the IX Art Park, a public art center built out of a warehouse in a Charlottesville industrial zone. The fashion show will be based around one of the nine pillars — street fashion. In connecting with the festival and the Charlottesville community, Wade said that attendees could expect only “local, independent, mostly black designers.”

The festival culminates in a block party at Champion Brewing Company on Sunday afternoon. This year, to expand beyond Virginia, the festival has brought in legendary Brooklyn MC Wordsworth; Cesar Comanche and Ghost Dog, both of whom hail from North Carolina; and Louisiana’s Marcel P. Black.

The block party will feature food trucks, local entrepreneurs, and live graffiti painting, as well as the induction of three veteran local artists to the city’s hip hop hall of fame.

The week-long festival will feature many other events over the course of the week, from a LGBTQ hiphop showcase and a DJ battle to a graffiti art exhibit with a networking brunch and a youth rap and dance competition.

There’s quite a bit more going on than we have space to cover, so for full details on the seven different events taking place over the course of the next week, check out the Nine Pillars facebook event page, or visit Nine Pillars on facebook.

All events are free, and Nine Pillars relies on community donations to cover costs. To donate to their fundraising campaign, click here.