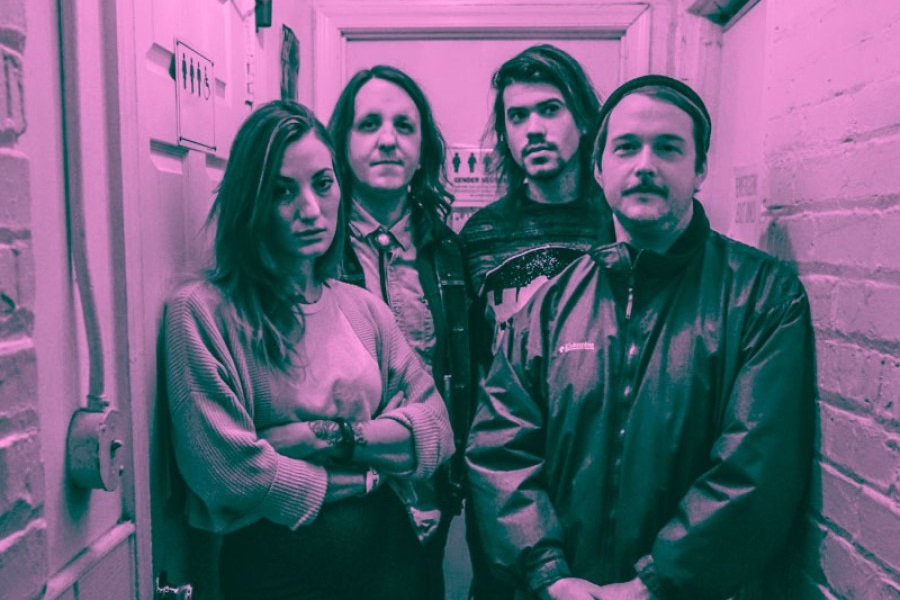 Of Empathy And Exhaustion

On the debut album from Ages, Must Be Nice, the Richmond post-hardcore quartet leads with accessible melodic song structure. But those melodies can’t hide the layer of sarcasm, frustration, and, ultimately, weariness that underpins the entire album.

If you’ve been paying attention to the indie rock underground here in Richmond anytime in the past 15 years or so, you’re sure to have encountered Adrienne Shurte’s music. She’s helmed several bands that achieved different levels of buzz here in the River City, including Hail Hydra, Fire Bison, and Magnus Lush. Her latest quartet, Ages, appears to take its name from her nickname, Age, and the first initial of her last name, and that might make it easy for those who’ve seen Shurte’s backing bands come and go over the years to see her latest incarnation as more of a glorified solo project.

However, on Must Be Nice, the debut release from Ages, it’s very difficult to make that case. Ages, the band, is rounded out by guitarist Christian Monroe, who previously played drums in Shurte’s last band, Magnus Lush; bassist Tristan Brennis, best known around Richmond as the sax player for jazz-metal fusion quartet Dumb Waiter; and drummer Tim Falen, who has kept the beat for a ton of different Richmond bands, from psychedelic space travelers The Diamond Center to speedy hardcore combo Ultra Flake.

So yeah, far from merely showcasing Adrienne Shurte and an anonymous backing band, Must Be Nice features a bit of an all-star cast. Those talents make their presence known on these tunes, too. The contrasting guitar lines in “Australia” show how well Monroe and Shurte work together, while Falen’s intricate, textured drum parts are a core building block of the entire release. Brennis, meanwhile, makes clear that just because bass isn’t his usual instrument doesn’t mean he doesn’t know his way around the four-string beast.

But of course, I’m burying the lede here, because the main reason to show up for this Ages album, just as it has always been for any of Shurte’s previous projects, continues to be the strong songwriting and powerful vocal performance she offers throughout this album. While some musicians who move from band to band over the course of their career reveal different sides of their musical personality with each new project, Shurte covers the same territory here that she’s occupied in previous projects. Post-hardcore songwriting that mingles up-front melodies with intense structural underpinnings, dynamic songwriting that often builds toward powerful crescendos, and always the piercing, emotionally-centered lyrics that are Shurte’s stock in trade, especially paired with her riveting vocal performance.

Must Be Nice might be the most understated release in the Adrienne Shurte oeuvre thus far; it generally forsakes heavy musical apexes for the sort of steadily building slow burn that can’t help keep listeners on the edge of their seat, even as Shurte sings lengthy passages in her most delicate, almost whispery vocal timbre. It’s at moments like these that the rhythm section truly shines on this album. A great example is the penultimate track, “Sidewalk Rooftop;” even as Shurte keeps a tight lid on her voice, even as she and Monroe’s alternating arpeggiated guitar lines avoid any form of overdriven crunch, Brennis and Falen steadily escalate the intensity of their rhythmic backing, achieving crescendos that feel powerful even as the guitar and vocal lines layered over them betray no hint that they’re actually happening.

This, if anything, is the theme of this album. A sarcastic sneer oozes from the title, one that’s impossible to take at face value. Lyrically, these songs focus on interpersonal struggles, and the difficulties one faces when balancing the needs of others with one’s own needs. Nobody wants to feel like an asshole, but it’s difficult to continually privilege the feelings of others when they don’t ever seem to take yours into account. That’s the feeling captured lyrically throughout this release.

Closer “No Money” is particularly noteworthy in terms of the emotional content here. With Shurte’s vocal and acoustic guitar joined only by quiet backing from a string quartet, the edge of bitterness present throughout the previous six songs is allowed to fall away, replaced by a lovelorn weariness that’s all too familiar for any listener who has ever had their own struggles with the push and pull of love. “I just want to be with you when the day is done,” Shurte sings at the end of the song — and, for that matter, the album — and while it may not be a happy emotion to leave you with, it is a familiar one. And in that familiarity, a listener can hopefully find some comfort.

Must Be Nice is out now from Ossein Records. It’s available on cassette or digital download from this link.