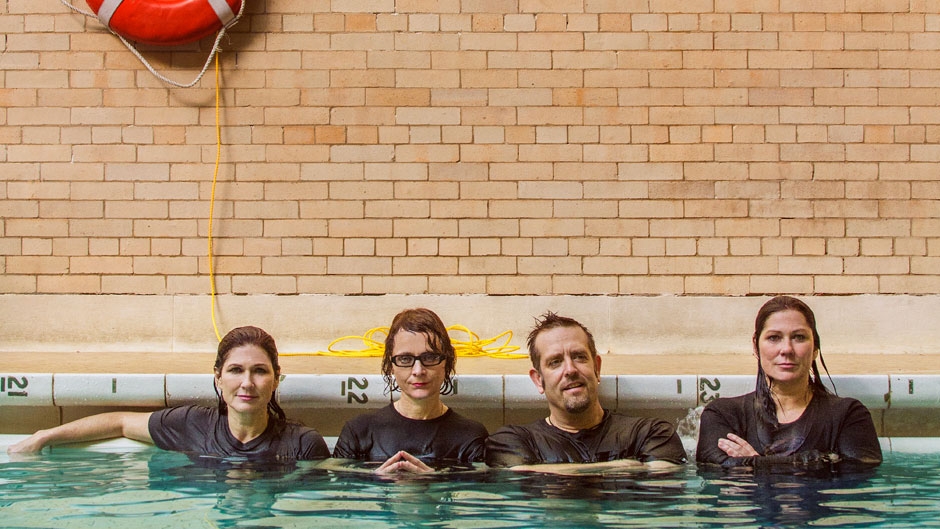 Part I: Saturday, August 10, 3:30 p.m.
Sound City Bands & Brews featuring The Breeders, EL VEZ, Leagues, Benjamin Shepherd, The James Badfellows @ Historic Tredegar – $35/All Ages.
The seminal 90s band, the Breeders, are back, and why not make historical Tredegar, which in a way made its own comeback, the place in Richmond where this cannonball of a band performs?

Part I: Saturday, August 10, 3:30 p.m.
Sound City Bands & Brews featuring The Breeders, EL VEZ, Leagues, Benjamin Shepherd, The James Badfellows @ Historic Tredegar – $35/All Ages.
The seminal 90s band, the Breeders, are back, and why not make historical Tredegar, which in a way made its own comeback, the place in Richmond where this cannonball of a band performs? Featuring Kim Deal of Pixies fame and her sister Kelley, this carefully loud alternative rock band will return you back to when everything was grungy and flannel. The Breeders were spawned by the Pixies, yet have also been a catalyst for many bands, especially female-fronted bands. The Deal sisters are very important pieces to the rock and roll puzzle, and are sure to give Richmond a hell of a show. This Breeders lineup will include the reunited Last Splash LP lineup of Kim & Kelley Deal, Jim MacPherson, and Josephine Wiggs. This tour coincides with the 20th anniversary reissue of Last Splash.

El Vez makes a triumphant return to Richmond, as this Mexican-American performs all the classic rock hits you know and love, Elvis Presley style. This man is entertainment! Nashville power pop trio Leagues joins this bill of bills and demands your attention, they are that good.

Arguably the best Richmond singer-songwriter, Ben Shepherd, and the gloomy yet sophisticated garage punk band from the Staunton/Harrisonburg area, The James Badfellows, open this day one extravaganza. Watch out for these locals, they just might make you a believer. I know I am.

Part II: Sunday, August 11, 3:30 p.m.
Sound City Bands & Brews featuring Deerhunter, Those Darlins, AJ Davila, Black Girls, The Trillions @ Historic Tredegar – $35/All Ages
Day two of the Sound City Bands & Brews Fest is as stellar as day one. The Atlanta indie/shoegaze band Deerhunter is headlining. Well of course they are, this is one of the best American bands going right now. Let Deerhunter vocalist Bradford Cox take you away with his ambient approach to not only vocals, but a mesmerizing guitar. Deerhunter is always welcomed to Richmond and it’s awesome to have them back.

Nashville garage band Those Darlins is quite underrated if you ask me. It’s nice to have them on this miracle bill. This band has reached some acclaim, but need more. Performing outdoors in front of a Richmond crowd will prove they are worthy. Vocalist Jessi Darlin leads this trio with her scintillating vocals, which are fun high-wired, delivered straight to your waiting ears.

Looking for that experimental noisy garage sound? Well, look no further–AJ Davila is here. This guy just might steal the show. Wow, what a sound. You also might want to brush up on your Spanish when taking in this man’s hauntingly poignant rock and roll. Richmond mainstays Black Girls and the Trillions open with their pop-rock and shred-pop sounds respectively. 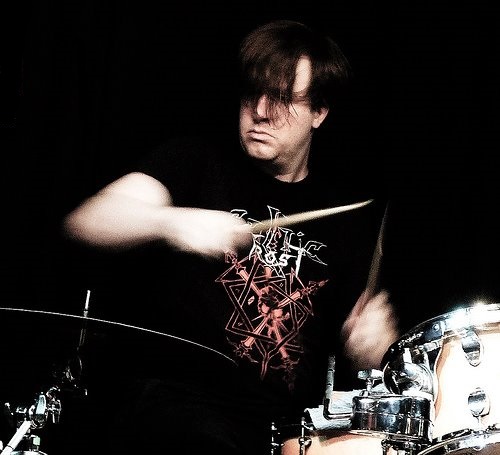 Wednesday, August 7, 7:30 p.m.
Weasel Walter–Chris Pitsiokos-Tim Dahl Trio, Dumb Waiter, Flesh Control, John Paul & the Gat Busters @ ForInstance Gallery (107 E. Cary) – $6/All Ages
Free jazz can go in either direction, but when there are three experimental avant-garde musicians all willing to take chances, you come to the preeminent direction. Weasel Walter has been a metal, punk, and free jazz percussionist for over twenty years. He has backed the likes of Lydia Lunch, along with being an original member of Chicago’s the Flying Luttenbachers, and is currently in the bands Cellular Chaos and Behold the Arctopus. Avant-garde saxophonist Tim Dahl and electric bassist Chris Pitsiokos round out the trio that will easily peak your earlobes. If you want to experience the true definition of musicians taking everything to the next level, the Walter-Pitsiokos-Dahl Trio is for you. Attendance is mandatory for all noise, punk, experiential, and sound-collage aficionados. 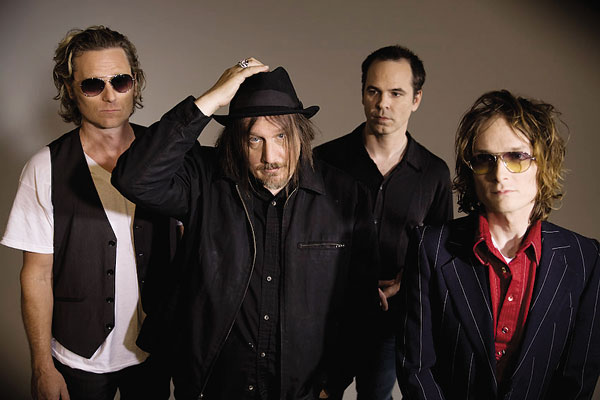 Thursday, August 8, 7:30 p.m.
Drivin N’ Cryin, Psychobilly Cadillac, Road Kill Roy @ The Canal Club – $12/All Ages.
Well, well, well, look who’s back. It’s that delightful Southern alternative rock band, Drivin N’ Cryin, led by the uncanny original voice of Kevin Kinney. Atlanta’s Drivin N’ Cryin first burst onto the scene in 1985, when they were the new kid on Island Records’ block. Through many lineups, Kinney has kept the dream alive, and Drivin N’ Cryin hasn’t missed a beat. This is actually a very good band that really never got the acclaim they deserved. Their lives shows are stuff of music legend. Still to this day I play their most known song “Around the Block Again,” like I’m doing now as I write this synopsis. [Personally, I’m a fan of “Fly Me Courageous” -ed.] This past year a noteworthy documentary about the band, Scarred but Smarter: Life n Times of Drivin N’ Cryin was released, I recommend it. So, young or old, what are you going to do tonight? You’re going to see Drivin N’ Cryin down by the Kanawha Canal. 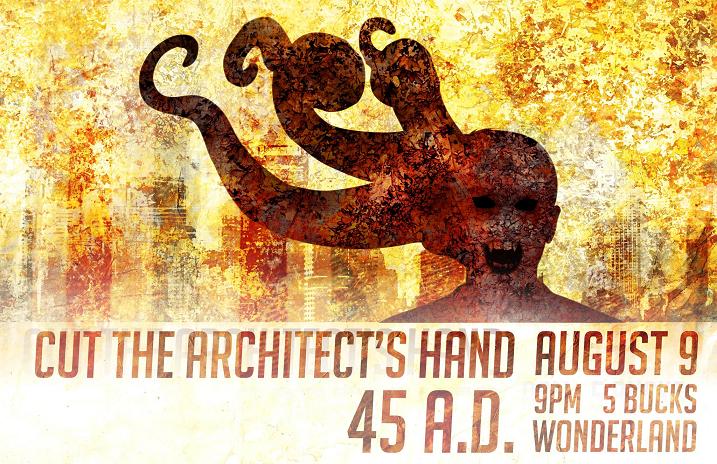 Friday, August 9, 9 p.m.
Cut the Architect’s Hand, 45 A.D. @ Wonderland – $5/21+
If you haven’t seen the Richmond thrash metal band Cut the Architect’s Hand or the crust punk-metal of 45 A.D., Jesus on a stick, you are a lost soul. Both these bands have been around for awhile and know how to get a crowd going. They both will certainly make the Wonderland P.A. their little bitch. Get out of the way, or slam into somebody, or something at this show, because it will be a Friday night siege of getting all that aggression and love out. Metal music for the masses is in Shockoe Bottom tonight–I’ll drink to that. 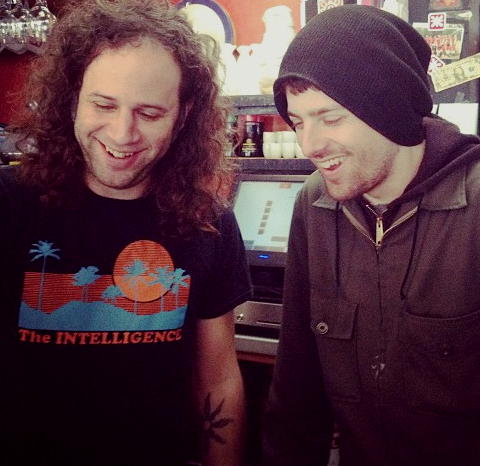 Sick/Tired will actually be the opposite of their band’s name; they will revive you with their hardcore power violence. Sea of Shit may sound like contaminated waters, but really it’s Chicagoland power violence punk to die for. Then there’s Richmond’s Unsacred–oh my. Since their memorable performance of sludge metal on ‘roids under that bridge in South Richmond turned everybody’s heads, no one in our city can sleep at night anymore. I want what these guys are having. 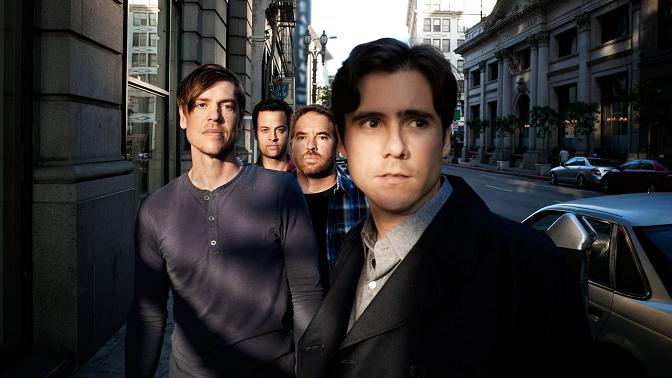 Saturday, August 10, 8 p.m.
Jimmy Eat World, Royal Bangs @ The National – $30/All Ages.
Holy Marlboro Lights, this weekend for music in Richmond is an explosion of guitar riffs, rolling bass, and blistering drums. Arizona’s Jimmy Eat World comes to Richmond with their profession of emo and power pop sounds. This show isn’t sold out as of now, but more than likely could, so act accordingly. Having been around for 20 years now, Jimmy Eat World has withstood the test of time and a bunch of copycats, and is what I consider a darn good band. Jim Adkins, Tom Linton, Rick Burch, and Zach Lind do it only one way–their way–and we could not be happier for it. The band is touring in support of their new LP Damage, which has received – you guessed it – strong reviews. Of course it has–it’s Jimmy Eat World. 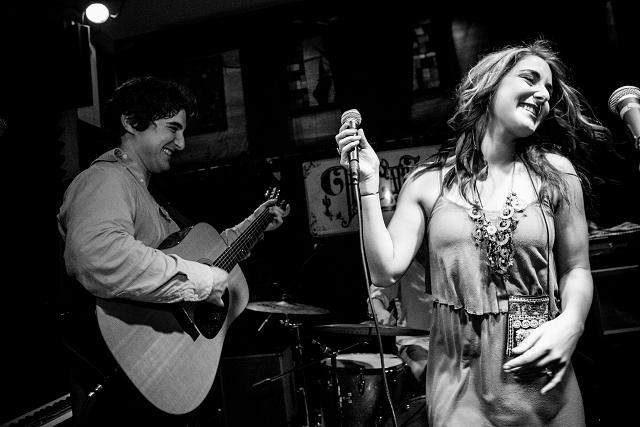 Monday, August 12, 9 p.m.
The Northerners, The Brotherhood @ The Camel – Free/18+
The Northerners will be rocking the Camel with their Americana and folk rock sound every other Monday starting tonight. For each show of this bi-monthly residency, the Northerners will have a guest on the bill. Tonight it’s the fabulous funk, jazz, and hip-hop group, The Brotherhood. These guys will get you moving. Monday nights at the Camel never disappoint, especially with these two quality bands performing. 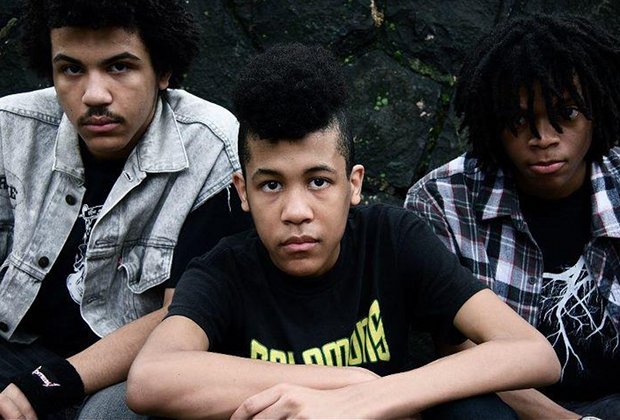 The psychedelic ambient metal from Naam is an extraordinary flight through many forcefields. Never mind the turbulence, that’s the best part. Naam is beautiful movement and a trip with no need for a passport–just good green and stellar bourbon. Rock in roll is not dead. Naam sees to it.

Radkey is climbing the walls fast. This trio of brothers will billow their way to your mind, body and soul with their punk, and garage rock that is reminiscent of a Bad Brains, Misfits, and Death sound that we will all treasure. This St. Joeseph, Missouri band are already high risers–do check them out if you need rock and roll oblivion.

I love getting my face blown off, especially after dealing with the bridge and interstate crowd over the weekend. Thank you Tuesday night, I love you. Real people, you know.