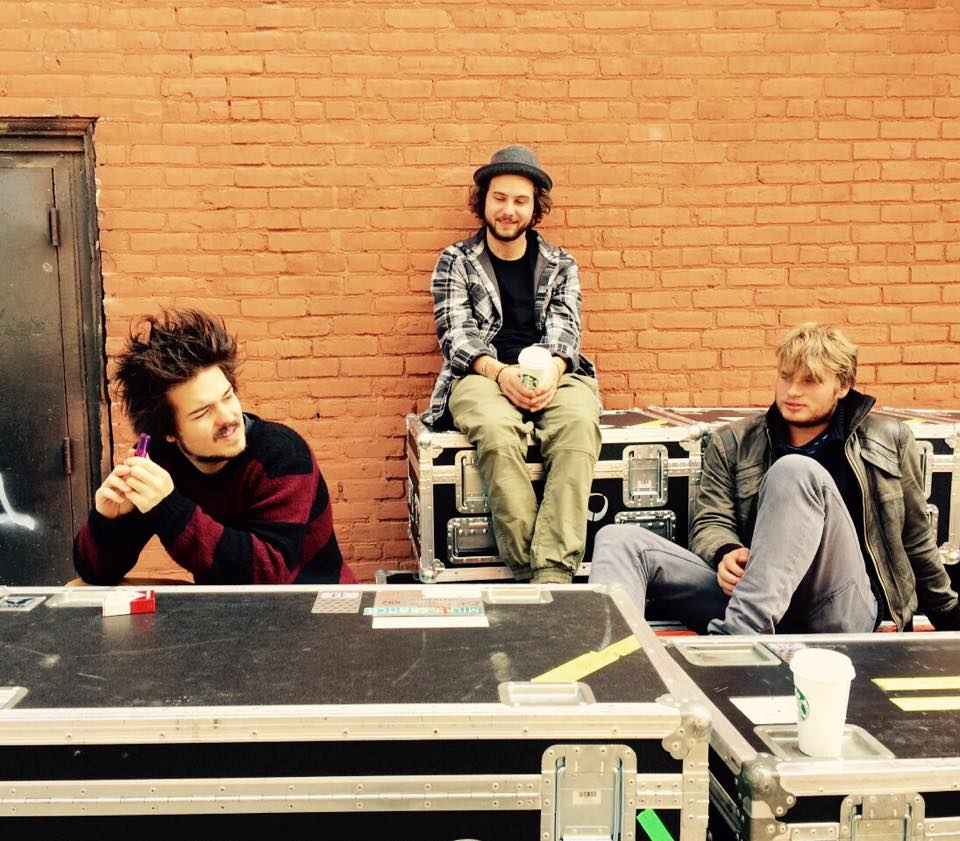 Germany’s Milky Chance first popped up back in April of 2013 where their unassuming video for the song “Stolen Dance” quickly became a viral hit and a favorite among music blogs worldwide. Two years later, the band’s success has far exceeded YouTube’s counter as the band has charted worldwide with “Stolen Dance” and their first album Sadnecessary and become a hot commodity in the touring circuit. Their minimalist take on folktronica with gentle drums and guitar rhythms accentuate each song lyrics so when the band cracks with the line “I want you” at the beginning of each chorus, the impact is immediate and resonant making the song truly stand out.

This Friday night, Milky Chance will make their Richmond debut at The National in the middle of their first-American tour, something that two friends recording in a living never even thought was a possibility. When speaking with Clemens Rehbein, the duo’s singer and guitarist, he comes across as an intelligent, introspective man trying to make sense of the whirlwind brought on by a song he wrote years before. With each question, the twenty-two year old pauses and takes his time to answer, crafting his answers with the same patience and deliberation that he utilizes while writing his songs and peeling back the layers of a rich musical mind just a little bit more each time.

Your first album, Sadnecessary, is about a year and a half old at this point, but “Stolen Dance” is obviously still a major hit worldwide. Have you guys started on any follow-up yet?

Yeah, of course. I’m working on it every night before I go to bed. There are a lot of ideas in my head and there are already a lot of new songs, but we just haven’t had the time to record them yet. We’re going to take a break at the end of this year to record some new stuff around January, but I’m working on the songs before then too. It’s a little bit different time-wise. Now, you’ve got the situation where you write songs on stage during sound check or maybe in your hotel room. I always find time to write songs though, really whenever I have time off. There are always ideas popping up in my head so you just make time.

So much is going on in each of your songs – do you even think about genres when you write them?

Not really. We just do what we feel. I don’t think genres are different sides of the spectrum really. I like the feeling of just letting it go and letting it happen. Very improvisational. This is what we learned when we were playing in a jazz band with a lot of improvisation – just let the music happen. The jazz band Philipp [Dausch] & I were in together really opened up our minds to what music could be whether it’s something electronically or something organic.

Speaking off your jazz background, it’s interesting to see you go from that to a minimalist duo. Are there plans to expand the band at all?

Definitely. We’re three people on stage right now and that’s new for this year when we started touring. Maybe next year we have four people. With this album, we weren’t really ready for playing concerts. We just took our laptop with us, hit the play button, and then played some guitar and added vocals. We just didn’t have an idea yet to make it on stage, but there were tons of people who wanted to see us on stage so we did it in a very rushed and rough way. We just didn’t have enough time to get a band on stage, but we will soon.

“Stolen Dance” gained a lot of momentum first in Germany, but did you expect it to carry over to the rest of the world?

Not at all. When [the song] got bigger and bigger, we did think, “well, how big will it get?” But we were never thinking about touring in America until we had the opportunity. That only came because people were telling us over and over to go to America because it would be fun and this huge chance for us. There were a ton of people in Germany we knew that came from America and were just telling us how much our song was loved over there and that people really wanted us to tour there so that’s when we started thinking about it for the first time. We never had that expectation though and we don’t for the rest of the world either. I never thought about the [idea] of “where we’re going?” We just did it. We recorded the album for fun because we wanted to have the experience and we didn’t even have the plans to release it officially so we never thought about doing this or that or being competitive to other musicians. It’s not like in sports. There’s no first place in our mind.

Obviously it’s hard to imagine how successful a song can become, but did you envision “Stolen Dance” as your sort-of signature song or were there others you thought had more potential?

We always thought that if we had a hit, this song would be it because when we uploaded it to YouTube, it was clear after a few weeks that people were really connecting to it. Of course, there were other songs that we liked more than “Stolen Dance.” In a musical way, there are other songs that we’re more proud of and like a bit more, but it’s an innocent feeling since we still love “Stolen Dance.” Obviously it got way more popular than we even thought about when we first recorded in my old home.

I’ve heard you mention Django Reinhardt as a big influence. Did you discover his music through your jazz groups?

I can’t remember where I first heard it, maybe in one of the jazz groups, but from the start, I just really connected with the music. Just the way he played the guitar and his unique style. I think I played his music for three years straight almost, most of it with a gypsy jazz quartet. Django’s music has really influenced my guitar playing, probably more than I know. I mean, it’s just crazy for him. I think he was more inclined to get to this certain style that he’s playing because he only had the two [working] fingers. He started using his fingers in a different way which meant he played different than any other guitarist around. He was insanely talented. For me though, I was never thinking about his skill or matching that. I’m fine with it because I know I’m not the best guitarist in the world. I just tried to get some understanding of the instrument and play how I wanted to play, but he opened my mind to a lot of possibilities that could happen.

Who else would you call an influence?

John Frusciante would be a big influence on us, probably more for Philipp. I listen to more of the Red Hot Chili Peppers stuff and Philipp is a lot more into his solo stuff. He is just an outstanding guitarist who’s definitely influenced us. There’s a lot of different guys too. If you like John Frusciante, you like Jimi Hendrix because that was Frusciante’s big influence and I’m a huge Hendrix fan as well like anyone else who focuses on guitar playing. Also, I’m a huge fan of Bob Marley and Ray Charles – we play a lot of Ray Charles songs in concerts. Newer singer-songwriters like Tallest Man On The Earth are influences as well. Both guitar players and songwriters influence me a lot. I think having a good guitar foundation to make you think differently about how to make a song and then a mind for songwriting allows you to complete it in the best way for the best song.

Milky Chance performs this Friday night at a sold-out show at The National in Richmond alongside Mighty Oaks./strong>