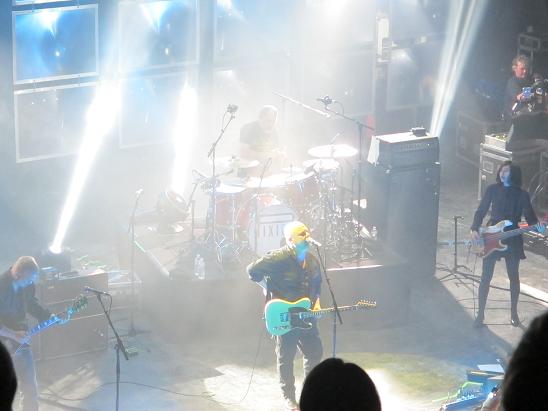 This past Wednesday night, Richmond learned that not much has changed since the late 80s as Pixies delivered a truly astonishing performance before an insanely rabid sold-out crowd at The National.

This past Wednesday night, Richmond learned that not much has changed since the late 80s as Pixies delivered a truly astonishing performance before an insanely rabid sold-out crowd at The National. While the show was met with great anticipation from the moment it was announced, it’s easy to say that a lot of people were pretty uneasy about what might transpire after a very eventful and almost controversial year for the band in 2013. By the time 2014 began, they had gone through two bass players before settling on a third. To the dismay of fans worldwide, Kim Deal announced she was leaving the band in June and less than a month later, Kim Shattuck from The Muffs was tapped to replace her. Shattuck didn’t last long though, as she was unceremoniously dismissed from the band nearly five months later. The band seems content now with bassist Paz Lenchantin, formerly of A Perfect Circle, even if most fans still want the rightful Kim to return.

While all this was going on, the band started releasing music, really for the first time in over two decades. As critically acclaimed as the group’s initial albums were, these new songs were anything but. While there are plenty of fans of the new material, most were critical or largely indifferent to the band’s attempt to move forward in the 2010s. All these changes and their new music definitely didn’t stop people from filling up The National, but I think most people had some reservations before the show started. Like the new music or not, no one wanted to hear the two EPs in their entirety instead of crowd favorites. No one wanted to look at a band doing twenty-year-old songs and have images of the 24th Rolling Stones farewell tour flash in their head. And I think if Paz had even attempted to start playing “Gigantic,” there would have been a riot. It was definitely going to be an interesting night. 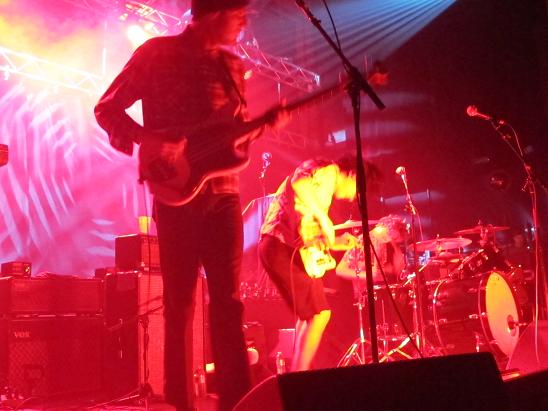 As wild as the crowd was later for Pixies, FIDLAR‘s opening set was ten times rowdier, and even that might be an understatement. The opening set for the LA garage rock (or punk or whatever you want to call them) band was close to an hour in length, but if they hadn’t run out of songs, they probably could have played all night with the same intensity and fervor as their opening song, “Cheap Beer.” With every song, the band seemed on the edge of destroying their instruments and jumping out in the crowd. There seemed to be a good portion of the crowd that was aware of the band’s work, which has to be a testament to the great year they had in 2013. The rest of the crowd was easily won over early in the set from the band’s liveliness and pure intensity. From “Cocaine” to “Max Can’t Surf,” FIDLAR was in complete control of the sold-out show with every head in the crowd fixated on every scream, drum count-off, and even high pitched “Thank You!” from bassist Brandon Schwartzel. I was definitely curious to see how their album was going to translate to the stage, and I wasn’t disappointed in the slightest. With a performance like this, it’s easy to see why the band was getting critical acclaim across the board.

Along with most of the crowd there, I was definitely impressed by FIDLAR… but that’s not what we came to see in the slightest. Pixies and their truly unique sound is what we wanted to see and the band did not disappoint at all. Their set was truly an onslaught of song after song. I swear, if you went to the bathroom at any point, you probably missed about three songs. Their song lengths are shorter on average than a lot of other bands, but the band still rolled through thirty-three songs in around two hours, including two encore breaks and an extended solo break to close out the first set. It’s definitely impressive to see a twenty-something band like FIDLAR still have energy after rocking for forty-five minutes, but it’s just jaw-dropping to see drummer David Lovering, at 52, play non-stop for two hours when the longest break between songs was probably twenty seconds.

Perhaps the way the band rolled from song to song was just pouring gas onto the fire in terms of the crowd’s mentality. I saw everyone from college kids to what looked to be grandparents pretty much losing their shit no matter what was played. To prove my point, some idiot even jumped off the balcony during one song. Jumped, not fell. People roared for the big songs like “Where Is My Mind?,” but even smaller tunes like “Crackity Jones” got a huge reaction from the crowd. Not even the volume deterred the audience. Not only was it loud (and their music is best listened to loud), but often times, Joey Santiago’s guitar was utterly piercing and there were definitely times when I thought my eardrums might burst. Didn’t matter, the crowd still wanted more, and was just as crazy as most of the songs themselves. Loud and piercing qualities aside, though, I don’t know how anyone there couldn’t have enjoyed Joey Santiago’s extended “Vamos” solo, where he did everything from literally slap his guitar to manipulate his guitar cord for weird squeals. The absence of Kim Deal didn’t seem to deflate the crowd either, as Paz Lenchantin is definitely a suitable replacement in every sense of the phrase. She can’t take the place of Kim (and no one could), but Paz definitely doesn’t seem out of place on that stage.

I was definitely curious to see how the new stuff would come off and for the most part, I think it matched perfectly with their older material and came off really well live. “Indie Cindy” got a respectable roar from the crowd when it started and even “Magdalena” was pretty strong. On the flip side, I like “Andro Queen,” but it’s just not a song that was meant to be played live. It wasn’t that bad, but it definitely doesn’t do the recording any justice. The band played a lot of new songs, but it was a little odd that the band didn’t play either “Bagboy” or “Blue Eyed Hexe,” two of their flagship songs from this recent comeback. I can’t talk about missing songs from the set-list though without mentioning “Hey.” I’m not going to lie, I left loving the whole show and performance, but still being pretty let down that the band didn’t perform “Hey.” The band still played their crowd favorites (the reaction to “Debaser” was ridiculous), but it’s one of maybe five songs I feel like the band has to play in their sets. Maybe that’s why they didn’t. 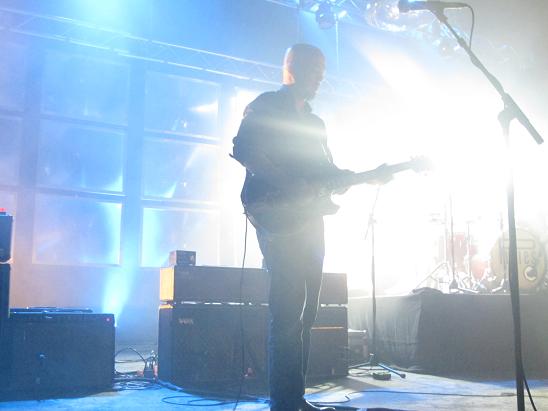 I was lucky enough to see the band back in 2009 when they were doing the Doolittle tour and I can absolutely say that the band lived up to the bar set by that show. Sure, they didn’t play “Hey” or some other songs I was hoping for, but they also played songs from their catalog I’d nearly forgotten, and blew my mind with songs like “Wave Of Mutilation” and “Head On.” Yes, Kim Deal’s gone and yes, the sound is changing with the new stuff, but this is still the same band that captivated everyone’s attention no matter when they started listening. At no point during the show did I think that this was a band riding its own coattails or embarrassing themselves. Judging by the audience, I don’t think anyone else thought that either. It’s not 1989 anymore, but Pixies move forward as one of the most outstanding bands you could ever witness live.

Check out RVA Magazine’s next issue for an exclusive interview with Pixies’ guitarist Joey Santiago!