Positive No's 'Partners in the Wild' Takes on Politics, Identity, & More, Catch Them at The Broadberry Saturday - RVA Mag 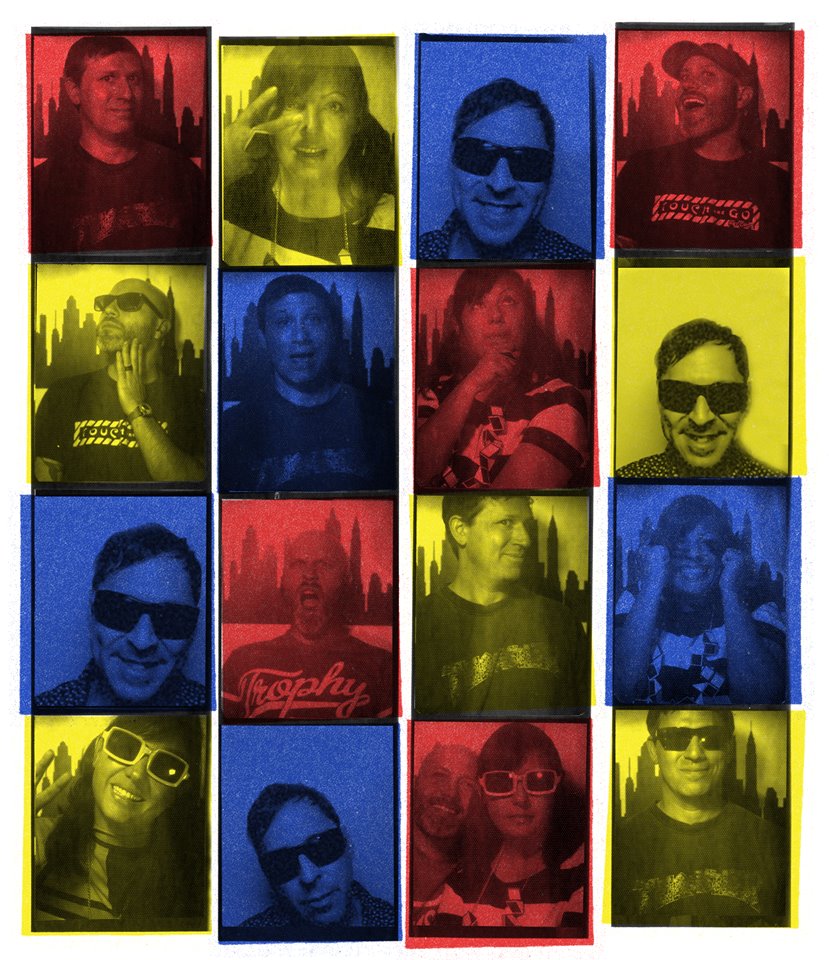 It’s been two years since Positive No released their debut full-length album, Glossa, and this Friday the alt-pop group will release Partners in the Wild, an album that tells a story of aging, coping and reveals the louder side of the band.

“We take our time making records…,” lead singer Tracy Wilson said. “So I think this represents a body of work that mirrors our life in a lot of ways and I guess our records have always been that way.”

The two pillars of Positive No, Wilson along with guitarist Kenneth Close, have been working on this album since 2015 and have seen a significant change in the band.

While Glossa was work of rhythmic personal storytelling, Partners in the Wild is an anthology of reflections and a showing of hope in times of distress. The 12-track album turns up the volume and the intensity with louder guitar and punkier drums. The shift in their sound reflects the change in our world as music became an outlet for writers Wilson and Close to express their frustrations.

“We had written some delicate music to date, in terms of some of the vocabulary and lyrical content,” Close said. “When we entered into what would be Partners in the Wild, it became a little angrier and a little louder and a lot of things have happened  between now and then politically that just drove us in a different direction.”

The album was recorded at Audio Verte by Pedro Aida and the band has recently dropped the single “Y.A.A.Y.Y.” ahead of the album release. Songs written after November 2016, such as “Fault Line,” “Debate Team Captain,” and “Energy Crisis,” reveal Wilson and Close’s struggle to make sense of politics and the seemingly daily crisis seen on the news.

“Whether it’s world news, the potential doom and gloom of a third world war, or a presidential person using Twitter as his microphone, who also thinks it’s ok to grab pussy; all these things that I never fathomed would be on my radar 24/7 are happening,” said Wilson. “I think we began as a melodic pop band and now I just can’t shake it.”

In the midst of all the chaos though, Positive No finds comfort and security in each other and the album is a culmination of five musicians who have known each other for years.

Drummer Keith Renna( Dune Buggy) rounds out the band, whose fast-paced, punk style, brings a thunderous intensity to the album. The role of bass player is shared between Matt Klimas from Snowy Owls and Jon Procopio, from Dahlia Seed. Procopio is the band’s current bass player.

“It’s so easy and natural to get in a room and intuitively play with each other,” said Wilson. “I think this record is really special because you have a bunch of people who connect musically and go really far back.”

The change in band members has also affected Positive No’s sound, but this deviation has been a welcomed one.

“Any time you have a membership shift like that things are going to change, but it’s kind of pushed us in a different way that feels very natural though and was probably where our heads were at,” Close said.

Along with politics and frustration, the album also covers topics of aging in today’s society, finding identity after a major brain injury, and tributes to the musicians, actors, and philosophers who have inspired them. Partners in the Wild is a representation of how Wilson and Close have changed and grown over the past two years. Musically, the album reflects a group of people who in the midst of uncertainty have found a source of expression amongst longtime friends.

“I think when you hear it, you probably won’t feel the dark undertone. Tracy’s lyrics are never overtly in your face, I think her word choices are more subtle, thoughtful and thought-provoking, which I think is why it works for us,” Close said.

While Wilson and Close are unsure of what, if anything, will follow Partners in the Wild, this album will certainly be one the band is remembered for.

“I think for all of us this is new territory. It was a romantic sentiment between the two of us, but it became a metaphor for a much bigger picture of everyone we know.”

The full album will be released on Friday, Oct. 20 and Positive No will hit the road with Beach Slang and Pet Symmetry Oct. 20 through Oct. 24. You can catch the band this Saturday with Ann Beretta, Beach Slang, and Pet Symmetry. Doors 7pm. Show: 8pm.  Tickets $17-20.