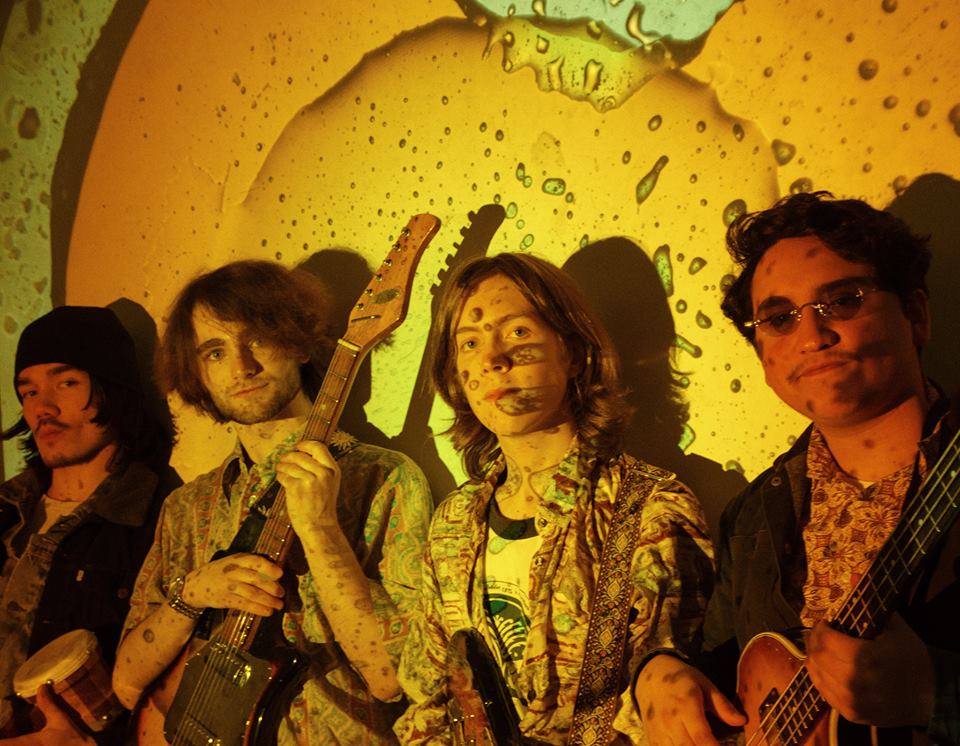 Plastic Nancy has had a busy year. Between releasing an EP, playing shows all over Richmond, and even hosting shows in their own home, one might think they’d be ready for a break. But the psychedelic four-piece is rolling full steam ahead, with plans for a new release and a tour in the months to come. With ambition like this, it’s not hard to tell why Plastic Nancy is becoming a force to be reckoned with in Richmond’s music scene.

Guitarist Sam Schneider started Plastic Nancy three years ago when he was in a band called Shirt/Pants. “I wasn’t really the singer in that band and I wanted an outlet for my songs, something a little more intricate,” Schneider said.

That outlet became Plastic Nancy, named after a line in the song “The Daily Planet” by Love. Originally a duo, Plastic Nancy has undergone several lineup changes. Guitarist John Degarmo joined the band in September 2016 when he met Schneider at VCU. Bassist Michael Reyes became a member in February 2018, and the lineup solidified in August 2018 when Plastic Nancy moved to a house in Oregon Hill with Brian Albertson, who became their drummer.

Having a solid lineup has been beneficial to Plastic Nancy; frequently changing lineups made early shows an adventure — and not necessarily in a good way. “Each show would have a different lineup, and we had really good shows and really bad shows,” Schneider said. “Now it’s a lot more consistent.”

While Plastic Nancy fits squarely into the genre of psychedelic rock, their sound is flexible. Space Luau, the band’s first full-length album, showcases them at their most psychedelic. Songs like “Mommy Thinks The Birds Are After Her” and “Years From Now” grab the listener’s attention.

A year later, Plastic Nancy released “Little Bridges,” a single that stands apart from the rest of the discography due to its distinctive country flare. To get the perfect sound, Degarmo used a slide guitar on the track. “I learned to play it exclusively for that song,” he said.

Plastic Nancy continued to demonstrate the flexibility of their sound with the January 2019 release of Fuzztime, their most recent EP. Fuzztime is first and foremost a rock record, showing off the band’s heavier side. Schneider attributes the shift towards a punk rock sound to drummer Albertson: “A big part of that is how hard Brian hits the drums. We can’t play soft songs like that.”

The diversity of Plastic Nancy’s sound is especially apparent at shows. “We like to keep it varied,” Schneider said. “In any given set there will be a slower song in there, a song with no effects. And then the next song will have all the pedals and be as fuzzy as possible.”

Degarmo noted that the band can adapt each set to better fit in with the venue, crowd, and other bands that are playing. But Albertson mentioned what may be most important about any Plastic Nancy live set. “A lot of it’s pretty intense,” he said. “Most of it, even.”

For a band that lives together, it probably goes without saying that the songwriting process is pretty collaborative. “It’s very convenient that you can just walk out of your room if you’re feeling inspired and ask to practice,” Schneider said. When someone in the band has an idea for a song, the idea is presented and the rest of the band helps to fine tune the song until it’s ready to be recorded. They’ve even built a studio in the basement of their house, allowing them to record whenever they want.

For about six months, Plastic Nancy hosted DIY shows in their living room. Many popular local bands played shows in what was known as Plastic Palace, including Deli Kings, Toward Space, and Hot Spit.

“When you’re playing a show, there’s a lot of stuff going on,” Schneider said. “But when we are playing at home, it’s just like practice. We can really give our best performance.”

Like anyone that hosts shows, Plastic Nancy ran into some problems.

“Throwing shows is very rewarding, but it’s also a lot to deal with ,” Schneider said. “A problem we ran into is that it’s not safe. This is kind of an older house — if this porch collapsed, that would not be good.”

Despite their concerns, though, Degarno adds, “We want to throw one more.”

Regardless of whether or not the Plastic Palace hosts any more shows, Plastic Nancy has a lot coming up. The band plans to release a new EP in the next month featuring at least six songs — some brand new, as well as some songs that have been played at shows but never recorded.

In order to accomplish those plans, though, they’ll have to focus. “We have a studio in our basement, but one issue that we run into is that we end up taking breaks a lot because it’s so accessible to us,” Schneider said.

Following the EP release, Plastic Nancy will be embarking on their first tour this July. The band will spend two and a half weeks traveling out west, with stops in Nashville, Austin, and Tucson. While they’ll be alone for most of the tour, plans are being made to meet up with another local band for the final few dates.

With an impressive catalog of music behind them already, Plastic Nancy is sprinting into the future. With their unique, flexible sound and energetic live performances, they’ve got something for everyone.