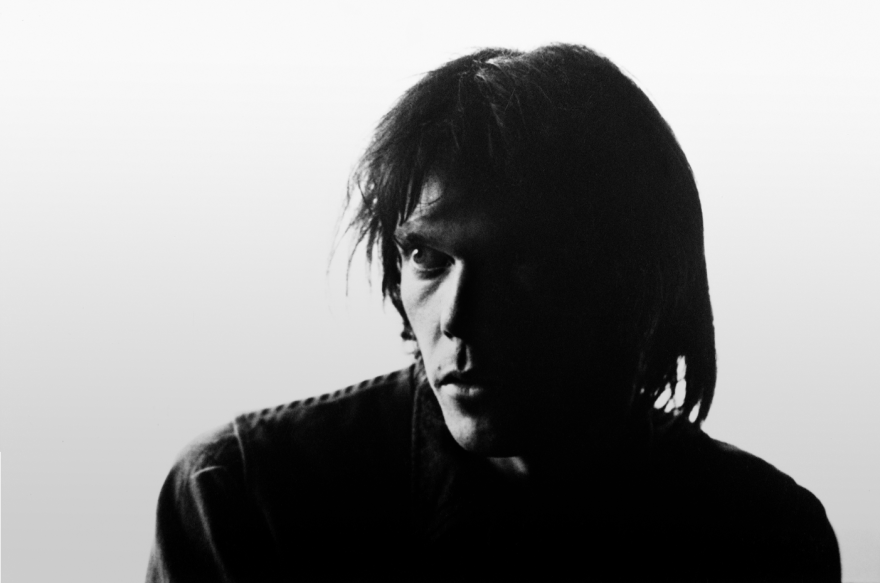 Musicians from Richmond and beyond have banded together to create a compilation of Neil Young covers to benefit immigrant advocacy group RAICES.

Look out for the love of Richmond’s musicians,with hearts for justice and compassion for those suffering from the Trump administration’s degradation and brutalization of immigrants. On March 1st, the heartfelt compilation CD Look Out for my Love: A Neil Young Covers Album to Benefit RAICES was released, and the musicians involved, many of whom hail from the Richmond area, are ready to be a part of the change for good.

“The idea came when I saw a news story about Neil changing his citizen status to vote in the next US election,” said Shayla Riggs, who organized the compilation and performs on it as part of the band Yeehaw Junction. “He is one of the few people I can think of who has been consistent in his ethical standpoints, despite having more power at his disposal… in that way, he seems like the antithesis of the current administration and the many ways they are using their power to cause profound harm.”

Using Neil Young’s message and political podium, Riggs and the other artists on the compilation are raising awareness and support for The Refugee and Immigrant Center for Education and Legal Services, better known as RAICES. Young, who was born in Canada, emigrated to the United States over 50 years ago, but only became a US citizen in January. The songs on the complation were chosen by the individual bands and artists based on which Neil Young material inspired them most.

“I have always loved Neil’s folk songs the best, so a song from one of his early albums was a no-brainer for me,” said Riggs. “I waited on all of the other artists to take their pick first, though, because I didn’t want to restrict anybody who was donating their time and talent. ‘Only Love Can Break Your Heart’ rose to the top when I finally went to choose my song, because it is straightforward and saccharinely sentimental… just like Yeehaw Junction.”

“I lost my father to brain cancer in September and have been listening to the stuff he used to listen to a lot. It helps me feel connected to him,” said Sarita Farnelli, a musician on the compilation and member of Richmond-based band Pressed Orchid, who used to listen to Neil Young’s music with her father. This comes only second to her passion for helping the people effected by this crisis.

In addition to the aforementioned Richmond musicians, Look Out For My Love also features contributions from local artists Gnawing and Julie Karr, as well as members of True Body and Sensual World. Non-Richmonders on the comp include Adult Mom, Rick Rude, Shy Violet, and Bunny Boy.

Some of the songs on the compilation are true to the original forms and feelings created by Young. Peter Squires’ version of “My My Hey Hey” and Adult Mom’s “Harvest Moon” are both just as glorious as the original tunes and help you to remember just what it meant to feel connected to the wonder in those around you. On the other hand, bands like Pressed Orchid and Wren Kits, who covered “Are You Passionate” and “Cortez the Killer” respectively, engaged in new stylistic and lyrical adaptations for their versions.

“Neil Young has a massive discography, and it was overwhelming at first, but as soon as I put on ‘Are You Passionate?’ I got chills and knew it was the very perfect song. Its message was so on point, and I wanted it to be a purposeful, meaningful song that fit the goal of the comp,” said Farnelli. “I tweaked the lyrics a bit to fit current events, but for the most part it was timeless.”

While this project is heavily focused on the inspirational aspects of Young’s music as a means to discuss the immigrant detainment and mistreatment in the US, its ultimate goal is to make a financial difference for RAICES. This Texas-based program advocates for the rights and liberties of immigrants and refugees in the US, and in a time where the Trump administration has been holding immigrant children and separating families in detention camps, this cause has become more necessary than ever.

“Put simply, I just want to be able to make a sizable gift to RAICES, and hopefully raise awareness for what is going on in these detention centers in the process,” said Riggs.

While folks in Virginia may feel separated from this issue, there are many living here who deal closely with the plight of immigrants and refugees currently in the country. Be it through family and friends or connection to politics and a sense of morality, the responsibility to help these communities is felt strongly in our city.

“My partner (Sam Ramos II) is the other half of Pressed Orchid, and we both have close family members who are immigrants. Being born in Texas and having a passion for Tejano music and culture, I am a die-hard Selena Quintanilla-Perez fan, and in addition to watching her biopic obsessively as a little girl, I always list her immediately as an influence on Pressed Orchid’s sound,” said Farnelli. “RAICES is a Texas-based organization doing work in border towns, like the one I share my name with, where government-sponsored genocide is taking place. It feels very urgent to help create a sanctuary for people during this time.”

In the face of this injustice, it’s not uncommon to feel helpless. From this far away and with one person’s limited social and political power, it’s far easier to simply do nothing. But these Richmond musicians are taking the lead in working for justice and setting an example for all those who need to learn how to use their voice and their platform.

“I am still figuring it out myself, but the advice I keep repeating to myself, to keep going, is that doing something is always better than doing nothing,” said Riggs. “It is so easy to let frustration and powerlessness dissolve into complacency, but we need to keep doing whatever is within our abilities to resist the creep of authoritarianism and white supremacy and to provide support to those who have been harmed.”

Head to Bandcamp to get your copy of Look Out for my Love: A Neil Young Covers Album to Benefit RAICES, and enjoy some great new versions of Neil Young songs while also contributing to a good cause. All proceeds will be going to benefit RAICES. To learn more about their work, visit their website, raicestexas.org.