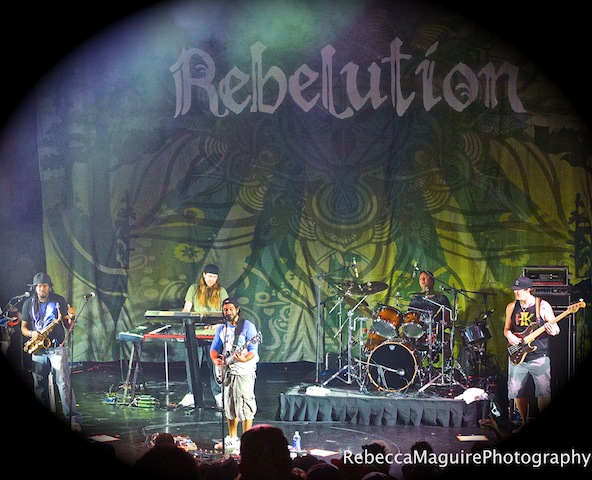 Rebelution has been touring nonstop through out the United States, South America, Guam, Aruba, New Zealand, and Europe promoting their 2012 album, Peace Of Mind, a three-album compilation consisting of a regular studio album, an acoustic recording, and a dub version. The album was awarded the iTunes “Best Crossover” album, hitting number 1 on the Reggae chart and number 13 on the Billboard 200 chart, as well as number 4 on the iTunes overall album chart. Check the video for Peace Of Mind opening track “Sky Is The Limit” below:

Norfolk is the eighth stop on their current “Winter Greens” tour. Rebelution is currently recording their fourth album and, yes, they’ll be playing new songs on this tour. They will bring two nights of their positive, passionate, and inspirational music to our area on February 14 and February 15 at The NorVA for the Valentine’s Day weekend. Tickets for the show as well as tickets for the Platinum Package, which includes a pre-show meet-and-greet, can be purchased from the band’s website: http://www.rebelutionmusic.com/

We spoke to drummer Wes Finley, who generously shared some of his insights about Rebelution’s beginnings and their current direction. 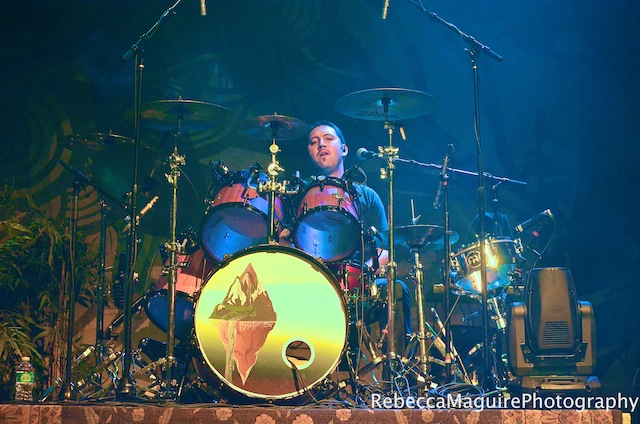 How did your band name come about?

First off, we wanted something simple that rolled off the tongue well. We had the idea that the terms “rebel” and “revolution” could have a positive connotation, so we combined them in hopes of redefining the idea.

What are your and the band members’ musical influences?

We certainly run the gamut when it comes to influences. We all bring together a fondness of roots reggae, dancehall, 90s rap, underground hip-hop, funk, alternative rock, acoustic rock, and emocore, plus a little 90s country, classical, jazz, and world music.

When did you know that being a musician would be your profession?

When I quit my day job! It was one of the happiest days of my life. We reached a point where we had enough demand for gigs that paid well enough that we all dropped what we were doing and focused our time and energy on the band.

What would you be doing professionally if you were not a musician?

I have no idea. Trying to use my degree somehow and probably failing. These days, college degrees are just words on paper; most people more than likely go on into different fields. It’s partially necessary, but at least it shows the capacity for hard work. 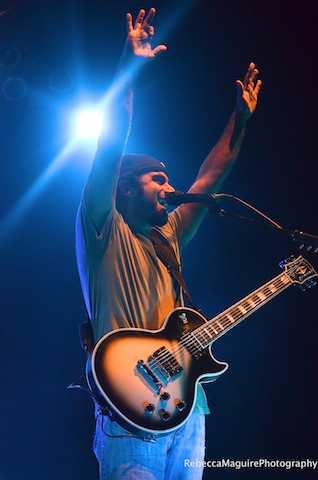 How do you describe your music to people?

Reggae with a heavy rock and hip-hop influence. Attempting to label music doesn’t quite do it justice.

What sets you apart from other bands?

Our eclectic mix of influences somehow molds into a cohesive sound that’s different and fits a niche. Not all bands in our genre are able to tour as much as we do, so that makes us more accessible to people.

What is the best part of being in your band?

I like how honest of a living it is. We don’t sell anything the people don’t want – they willingly pay their hard-earned money to see us play, and what you see is what you get. We are essentially creating live art, and that feels incredible in the moment.

After last year’s headline tour, performing on two cruises, numerous festivals, and touring, how did you find time to write and record a new album?

We go hard for the first three quarters of the year but we’ve been taking it easy in the fall recently, which afforded us time to focus on new material and get it recorded. We also use pre-show soundchecks to work on new musical ideas, which is helpful. 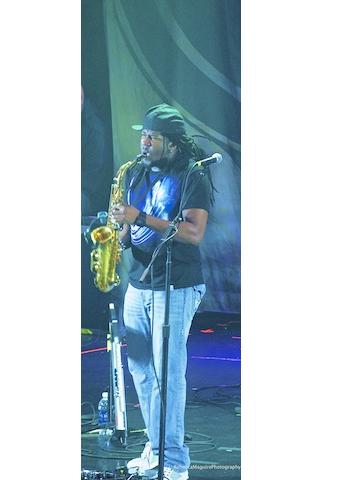 What is your writing process, and how has it grown?

Our writing process has changed in recent years because of where we’re at in our careers. The first one or two albums a band puts out are material they’ve compiled in the duration of their lives up to that point. Now that we’re on our third and fourth albums, we’ve had to write material while touring and draw on ideas from new experiences or the experiences of others, which is a little more challenging.

How has having Khris on saxophone impacted the music? Will there be any more brass added to the new album and shows?

Khris has added an incredible new element to our music. Not only is he a stellar sax player, but his fluency with the EWI (electric wind instrument) and keyboard has given us the power to experiment and add a library of sounds that we wouldn’t normally have access to. His personality and musicality fit perfectly into our group. Our albums have always had multiple horn parts that we’ve tried live on a couple tours, but we always revert back to just Khris because it’s just what works best on the road.

The album Peace of Mind was such a unique three-album compilation. What can we expect from the new album slated for release later this year? (Any firm date for release yet?)

That was an ambitious experiment for the last album, but I don’t think it’s something that can be repeated every time. The next album will just be a regular release, but we are working on acoustic versions already, and plan on releasing at least a few remixes with guest vocalists–possibly an EP. We hope to have the album out before our summer tour but it’s tentative. 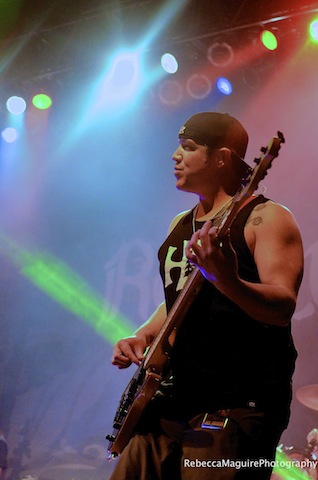 With Peace of Mind awarded iTunes “Best Crossover Album,” will you continue to reach across genres to attract a more diverse crowd?

Yeah, that’s the direction our music is headed in. We’ve gotten really good at saying: “This is really a hip-hop song, and that’s an R&B song, and that’s straight-ahead rock.” So in continuing to write those songs, we are truly writing parts that fit the vibe of that particular song, as opposed to having an obvious cohesiveness that makes every song sound the same. There will always be a reggae undertone with us, I’m sure, but we have really expanded beyond just being a reggae band.

Is there anything in particular that you’d like people to take away from listening to your music?

We like people to have an open mind because of our diversity of songs. Take away a positive message and a feel-good sensation that will make you have a good rest of your day and we’re happy.

Who would you like to collaborate with on an album?

Someone we’ve wanted to work with for a while in the studio is Don Carlos, and we finally made that true on this album. He’s our singer’s biggest vocal inspiration so that dream is coming to fruition for him. We also did a song with Amp Live from my favorite hip-hop group Zion I, so I’m stoked on that. 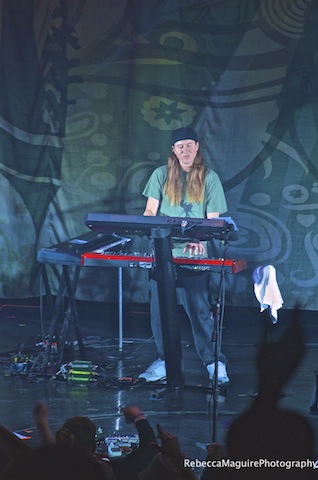 “Counterfeit Love” and “De-Stress” are two new songs that were played on the last tour. Will we hear any more new music on the Winter Greens Tour?

During our California holiday shows we debuted another new song called “Roots Reggae Music” – the title says it all. We may add one or two more new songs if we’re feeling gutsy, but I want there to be enough surprises for the album release.

How did we get so lucky to have you play at the NorVa in Norfolk, VA, for two shows over Valentine’s Day weekend?

We love the NorVa, it’s one of our favorite venues to hang at because of the great crew and cool amenities. We’ve been coming there for years now and it was only a matter of time before we did two nights there. Twice as nice!

Where is the best place you have played so far? Why? (Seeing you on the 311Cruise with Tom Green was my favorite.)

That’s always a tough question, and the answer is different places for different reasons. All home shows for us in California are fun because we have family and friends there supporting us. Besides that, the NorVa, like I mentioned, Red Rocks because of its natural beauty, or anytime we get to play on the beach or a beautiful outdoor setting.

Where would you like to perform that you have not?

The Gorge in Washington is definitely on the bucket list. I don’t know, maybe Madison Square Garden? Ha ha. We definitely have countries like Indonesia, Argentina, and Costa Rica that we want to play in. We played a quick festival in Portugal and loved it, so we definitely would like to do more exploring there.

What’s the biggest mistake someone’s made while playing?

We’ve had a horn player that played most of his part in the wrong key, which sounded terrible. I looked over while I was playing with huge eyes and just tried to stare at him until he got the point. 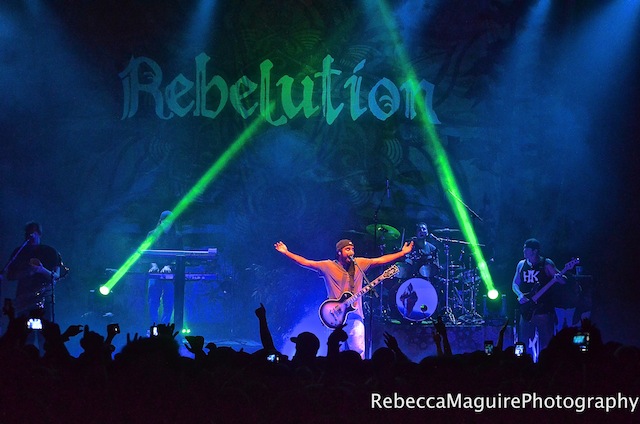 What do you all do for fun?

We all have our individual non-musical activities that we do to take the mind off of touring. There’s disc golf, ball golf, soccer ball juggling, cornhole, horseshoes, ping-pong, and beer tasting, among others.

Disc golf! It’s such a leisurely sport that helps relieve stress and get you outside. It’s like going for a hike. You can even bring a beer and your dog!