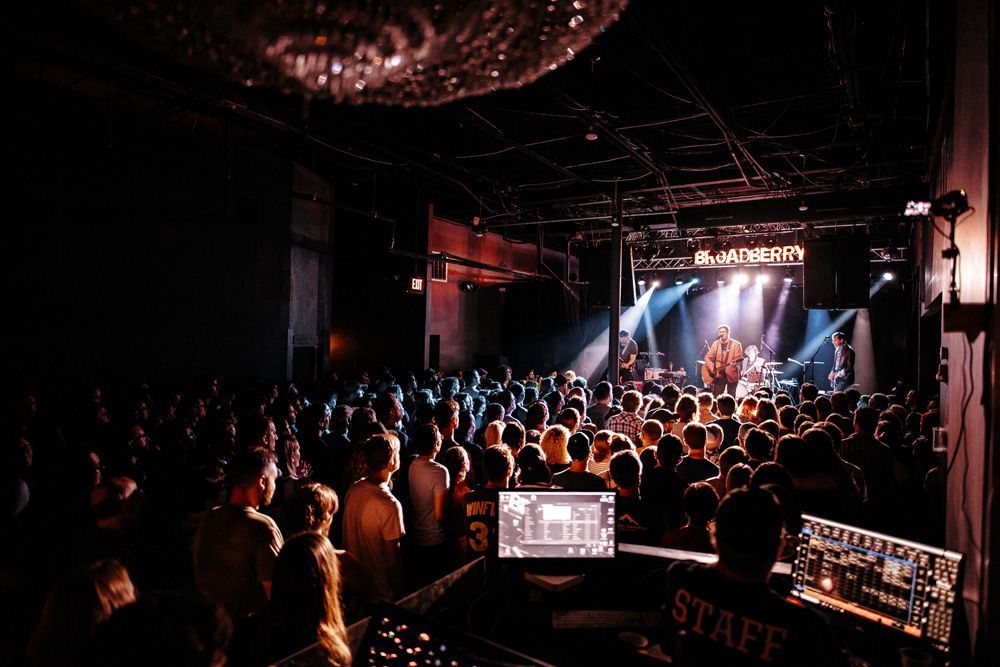 Since I got to this city 30 years ago, Richmond’s had a thriving indie music scene. From wild house parties and tiny stages in small clubs to headlining gigs at The Broadberry and beyond, plenty of indie bands around Richmond distinguished themselves with excellent music this year.

Of course, before we go on, something’s gotta be clarified — what does indie mean? It’s not like hip hop, a genre with a set sound that everyone recognizes right away. It’s a more nebulous space, one that encompasses stuff that isn’t straight up rock n’ roll or mainstream pop, but isn’t far enough out to count as punk or experimental or anything like that. Bedroom pop, steely gothic postpunk, psychedelic slowcore, electro-retro-New-Wave, introspective emo-pop… all of this and more might be found somewhere in this list. You might not agree that everything I list here counts as indie, but one thing you do have to agree with me about: this is all great local music that came out in 2022.

By the way, I make no claims that this list includes every great indie release that came out in Richmond this year. I keep my ear to the ground, but I’m only human — I miss stuff. Some of the stuff I missed is probably great. So if there’s anything you think I need to know about that isn’t on this list, drop me a line: [email protected] And forgive me — because even if I missed your fave, chances are there are at least a few great songs on this list that you won’t have heard before.

J. Roddy Walston broke up the Business a while back, and this is his new crew, one in which he steps a bit away from his Southern rock persona in favor of a more indie-adjacent vibe that definitely has a bit of lasciviousness mixed in. But don’t get too hung up on that and miss out on the songcraft here — it’s top-notch.

A somewhat mysterious collective operating at the fringes of the local scene for several years now, Black Plastic finally stepped out from behind the curtain enough to bring us their self-titled debut full-length this year. It includes nearly a dozen perfect slices of coolly mysterious indie-wave just like “Victoria,” and has stayed in rotation for me all year. One listen and it’ll fall into your rotation as well.

This indie duo led by singer-songwriter-frontwoman extraordinaire Jordan Scott finally brought us a full-length album this year as well — indeed, that’s been a big trend in 2022. It’s full of gleaming New Wave gems like this one, with its bouncy power-pop chorus, Robert Smith-style lead guitar melodies, and incisive lyrics about the perlis of being vulnerable in relationships. Relatable.

The first of three singles released by this quartet in 2022, “Wane Mouth” really stuck with me, its strong yet subtle melodic sense and brilliant, cutting lyrics becoming impossible to forget. I’m not sure whether it’s more fair to call this group emo, slowcore, or what… but I am sure I’ll be listening eagerly for what they’ve got in store in 2023.

Ages, “Alliteration In Names”
Must Be Nice

Adrienne Shurte’s been making amazing music in Richmond for two decades now, and I’ve long since learned to pay attention to any new project she’s got, regardless of what name it goes by. This one brings members from her previous band, Magnus Lush, and other talented Richmonders together to create yet another masterwork of tense, wire-tight postpunk with subtly beautiful vocals. You know, pretty much what you expect from Adrienne at this point.

Kate Bollinger, “Yards/Gardens”
Look At It In The Light

OK, OK, this single premiered in November 2021, but the EP it’s from didn’t come out until April 2022, so I’m counting it. Honestly, Kate Bollinger snuck up on me entirely this year, but her Beatlesque pop and gorgeous choruses were an extremely welcome surprise, so I’m just glad she’s here.

A second album from Deau Eyes? Hell yes! Ali Thibodeau’s yet another talented singer-songwriter who has been making waves around Richmond and beyond since she hit the scene, and with Legacies, she handily avoided a sophomore slump while continuing to push her sound to new heights and integrate more influences and textures. Gotta love that.

The most famous musician in the Richmond indie world didn’t release a new album this year, but she did release a two-song single of cover tunes from Carole King’s Tapestry, and the A-side is a beautifully pensive take on a classic, which really distinguishes itself when that forest of acoustic guitars sweeps in during the bridge. Love it.

This has really been a year for incredibly talented singer-songwriters to come out of nowhere and blindside me with their power-pop mastery, and Catie Lausten might be the one who impressed me the most. Writing an extremely catchy song about getting hit on by a rich old man, which features the chorus, “I just wanna be carefree, maybe do some dumb shit” is absolutely the way to win my heart.

The Cosby brothers haven’t released an actual new album in an entire decade now, but in the meantime they’ve become such reliable purveyors of brilliant retro-80s synth-pop singles that if six months went by without a rad new Heartracer song, I would honestly get worried. “Edge Of My Heart” is a highlight in a discography of pop classics, and if there’s any justice in the world, it will someday be the soundtrack for the most dramatic moment of a teen coming-of-age movie. Don’t wait for that day — listen to it now.

There’s a bit of a Dolly Parton-ish country twang weaving through this melancholy pop ballad, but Anna Leonard’s also toying with textures from Phil Spector’s Wall Of Sound girl-group classics of the 60s, and even a bit of that same Lee Hazelwood louche-glamour Lana Del Rey was dipping into circa Ultraviolence. Basically, this lady is a scholar of pop, and we’re all benefiting from her studiously brilliant approach.

The jangle is strong with this one. Rikki Rakki simultaneously conjure Hop Along and Mazzy Star vibes on the five-song EP borne from their time dealing with the isolation every music lover faced over the past two years. They spun pure gold from it here — one listen is all it takes to see.

Here’s another one that could count as a different year, depending on how you count it — but I try not to take stuff like that too seriously. Instead, I just enjoy slices of psychedelic indie goodness like this one from up-and-coming trio Ten Pound Snail, who push beyond their slowcore origins on this epic single and indulge in an out-and-out raveup on the song’s last third. Total blast.

If you wanna count these guys as outright rock, I won’t argue with you, but to me, there’s an obvious indie sensibility here that slots this combo in right alongside with classic bands of the early 90s alternative era, such as Urge Overkill. Their hustle has definitely made them stand out this year — I only hope it results in a full album in 2023.

The sort of Pavement-ish slacker rock this Richmond band comes up with befits their internet presence, which is spotty, and a bit hard to pin down. But that ramshackle approach is part of what makes this tune so great — that and the killer bass work, of which there is plenty — so let’s just listen to it again, shall we?

Zach Benson, “Panic! At The House Show”
And Miles To Go Before I Sleep

My boss hyped me on this amazing example of queer indie tuneage, which is sorta embarrassing, because really, how was I this late getting on the Zach Benson bandwagon? I guess I should just be glad I’m here to enjoy this bouncy and relatable tune about the same sort of anxiety that often assails me in public. I get it, Zach — I really do.

I only found this math-y indie troupe because they were opening a local show on a Monday night, but once I did all the legwork to track down their album (let me tell ya, googling “Sheetrock band Richmond VA” and getting accurate results is harder than you’d expect), I found myself returning to it over and over again. Definitely some New Lions/early Manatree vibes happening here, with memorable choruses and songwriting unpredictable enough to keep your attention locked in throughout.

Believe it or not, folks, I have at least this many more indie tunes from Richmond in 2022 to share with y’all; problem is that this article’s getting entirely too long. So take heart — tomorrow I’ll bring you the second half of this list. And we’ve still got lists for hardcore/punk/metal and one for everything that didn’t fit into the first three categories, so you can look forward to all of those coming next week! Happy New Year.