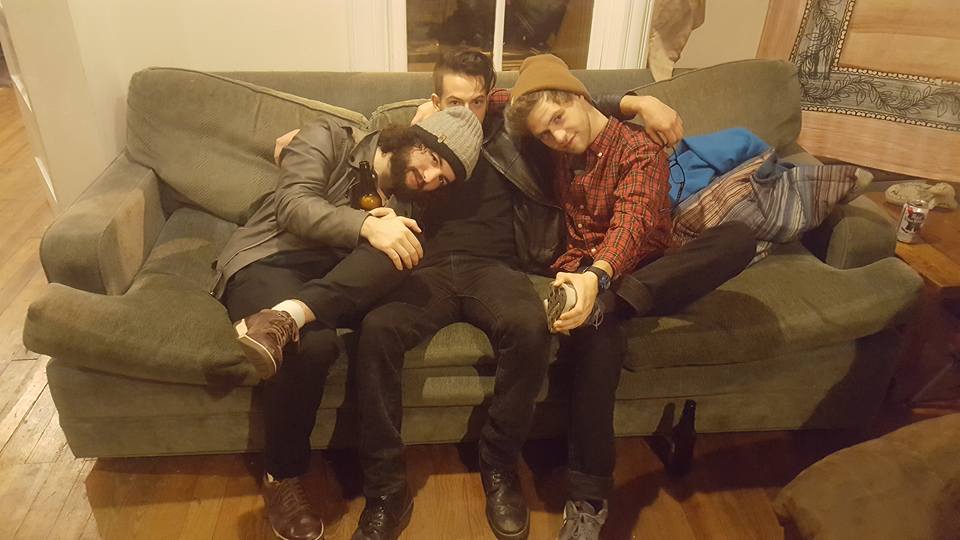 The future is looking bright for Richmond’s up and coming psychedelic indie punk and Grem Smiley as they prepare to premiere their seven-song debut EP, Guilt this weekend. And lucky for you, the band has let RVA Mag premiere their new release.

Guitarist/Vocalist Ryan Hatcher, drummer Andrew Seymour, and bassist Charles Pfaff have been playing together for just under two years, but with inspirations like The Replacements, REM, Elliot Smith, and Cloud Nothings, Grem Smiley has already mastered an alluring and unique sound that young listeners gravitate toward.

“Our main goal at this point is to simply put out as many records as possible, play as many shows as possible, and try to add something to the palate of rock music that still sounds original in 2018. We don’t want to just fall into a subgenre,” said Hatcher.

Back in November, the trio released a little taste of their seven-song EP with the single “Sour Dreams”. The track is a classic rendition of something completely divergent and the inspiration came from an unlikely place.

“The song process started when I quit my job and was at a stressful time in my life,” said Hatcher. “I was sitting at home playing ‘The Sweater Song’ by Weezer and started playing it backwards. I just really liked the sound of it and it kind of just caught on fire from there.”

With recording help from Colder Planets, Grem Smiley was able to whip up their debut EP Guilt, in just under 16 hours at their home recording studio on Mulberry Street in the Fan. Its a wonderful mix of punk/psychedelia, and catchy rock that is sure to get you off your feet. “Digital Lover,” is among one of the favorite tracks, which was written by Seymour when he was 18.

“Cigarettes” is also likely to be a fan favorite given its has poppy and indy vibe, and people who like overdriven guitars and heavy rides will definitely enjoy “Loose” the most, but the group said the overall tone offers a little something for everyone.

“They are all really different and the speed is different on all of them. Some have more of that trippy delayed psychedelic guitar tone, others are just loud and fast,” Hatcher said.

Building up a fan base through house shows, Grem Smiley has started to rock stages at venues in Richmond, Philadelphia, and Baltimore. Hatcher, who does all the booking, plans to hit the road March 24, playing with friends like The Russlles at Kung Fu Necktie in Philly on the 29th, and Cold Beaches at Our Wicked Lady in Brooklyn on March 31.

As for the future of Grem Smiley, Seymour said they plan to continue to experiment with ideas to see where it takes them by continuing to incorporate different elements into making new music.

“I love when artists release one or two albums a year that are completely different than each other, that’s how you remain relevant these days,” he said.

RVA Mag wanted to find out how local venues are surviving during the ongoing pandemic. In the fourth of a multi-part series of articles,... READ MORE

Nothing Left To Do But Smile

RVA Mag wanted to find out how local venues are surviving during the ongoing pandemic. In the third of a multi-part series of articles, we... READ MORE